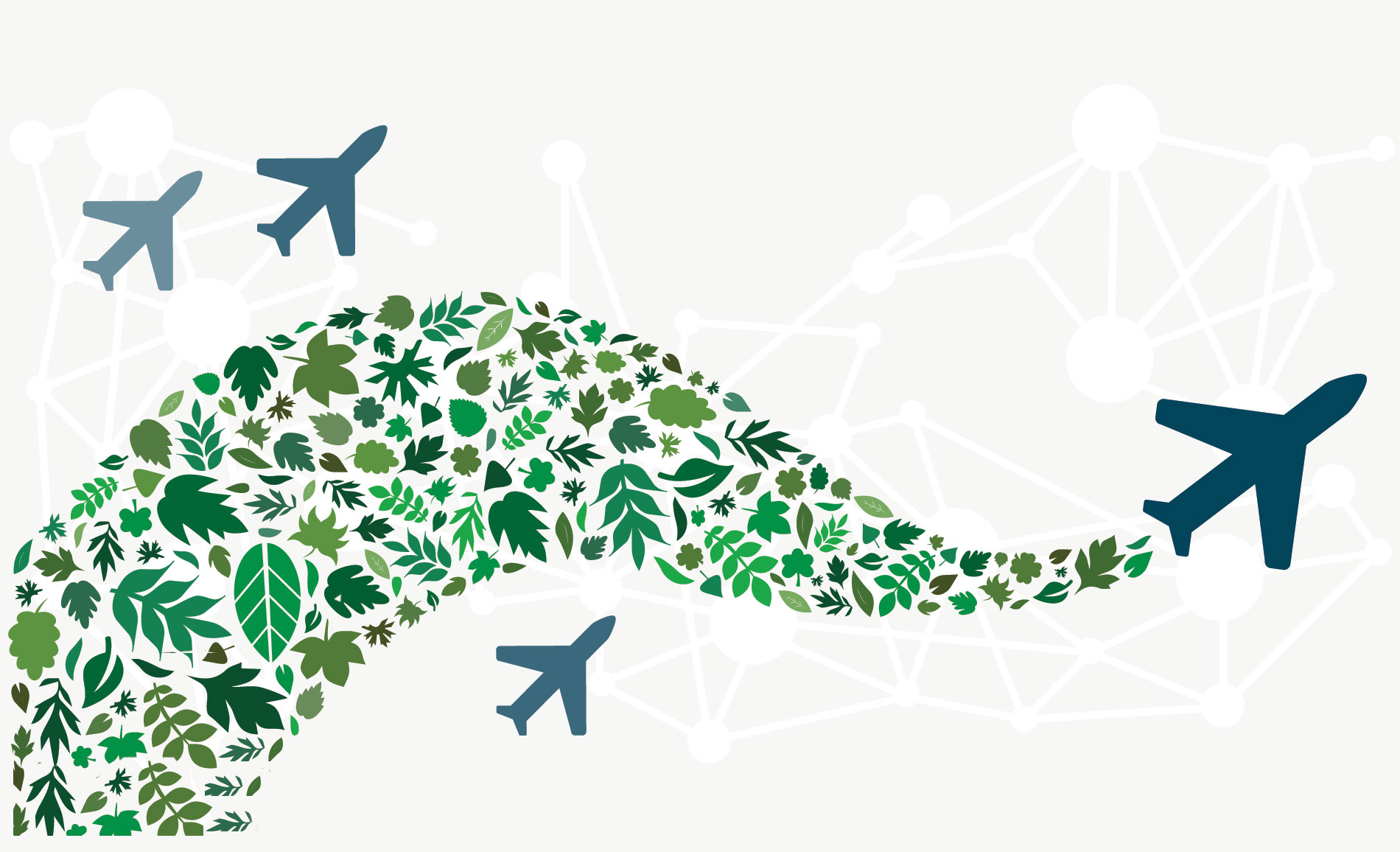 On Wednesday morning, the logistics and retail giant announced that it plans to buy 6 million gallons of bio jet fuel via a division of Shell and produced by World Energy, a big biodiesel producer. The companies said the jet fuel will be made from agricultural waste fats and oils (such as used cooking oil and inedible fats from beef processing).

The move shows the efforts that Amazon is willing to go to eke out carbon emissions across its vast network of planes, vehicles and distribution centers that deliver on-demand goods across the globe. Amazon has pledged to reach net-zero carbon emissions by 2040, and says it will make sure half of Amazon shipments are net-zero by 2030. That commitment also includes buying 100,000 electric delivery vehicles, and using 100 percent clean energy by 2025.

But the business of biofuels is a bit messier and — for bio jet fuel — at an earlier stage than procuring solar and wind energy or even purchasing electric vehicles.

Amazon has pledged to reach net-zero carbon emissions by 2040, and says it will make sure half of Amazon shipments are net-zero by 2030.

The market for next-generation sustainable aviation fuel is just now being trialed commercially by airlines such as JetBlue and United, produced by developers like World Energy and Finnish company Neste, and solicited by San Francisco International (SFO) and other airports. On Tuesday, Neste announced that it delivered its first batch of sustainable aviation fuel via pipeline for airlines refueling at SFO to use.

Over the years, a variety of airlines have tested bio jet fuels, some made with algae as a feedstock, and many abandoned the initial efforts after the fuels were not able to be made economically at scale. Since then, companies like Neste have been able to industrialize the process of taking waste oils and fats from various sources and producing a fuel for vehicles and airplanes that can lower carbon emissions and be cost-effective.

A drop in the fuel tank

In recent years, airlines have increasingly looked to the promise of bio jet fuels as one of the key ways for the industry to meet climate goals. United Airlines announced last year that it is investing $40 million into advancing sustainable aviation fuel, including the purchase of 10 million gallons of it over two years — a drop in the fuel tank of the roughly 4.3 billion gallons the airline uses annually.

Electric aircraft have been considered by much of the airline industry as too far away on the horizon and too expensive for commercial use.

The aviation sector is being pushed by the United Nations-led Carbon Offsetting and Reduction Scheme for Aviation (CORSIA), which had planned to set a baseline of aviation emissions for 2020 and target carbon-neutral growth from here on out. However, just last week, the UN group that’s in charge of implementing CORSIA agreed to set the baseline targets for 2019 because of the coronavirus, essentially watering down the targets.

Regardless of the specifics, the airline industry is feeling the heat from its reliance on fossil fuel-based jet fuel and thus its relatively large emissions. Sustainability-focused large corporations whose employees do a lot of business travel are also considering ways to both reduce airline travel and also work with carbon neutral airlines.

Amazon’s news doesn’t just highlight the emergence of the bio jet fuel industry and the environmental spotlight on the airline industry, it also shows growing attention and worry around the carbon intensity of air cargo. The vast majority of goods in the U.S. are shipped by trucks, but a small and rapidly growing segment of goods are shipped by planes.

This air cargo is not only one of the fastest-growing shipping methods, it’s also one of the most carbon-intensive.

Amazon began growing its fleet of 20 airplanes in 2015. By 2021, the retailer plans to have 70 planes in its in-house air fleet that move its one and two-day deliveries. To decarbonize the fuel for 70 planes, Amazon will need a lot more than 6 million gallons of bio jet fuel.

But Amazon’s willingness to begin purchasing this biofuel will help send a strong signal to the producers of the fuel, and the greater airline industry. After a long wait, is the market for sustainable aviation fuel finally here?

Perseid Meteor Shower In 3 Easy Steps: When And Where You Can See Spectacular ‘Earth-Grazing’ Shooting Stars
A Bridge Above: 20 Years of the International Space Station
The trials of global research under the coronavirus
SES taps Thales Alenia Space for final two C-band replacement satellites
‘We’re in one of the cataclysmic times of change’: first female NSF director on discrimination and COVID-19