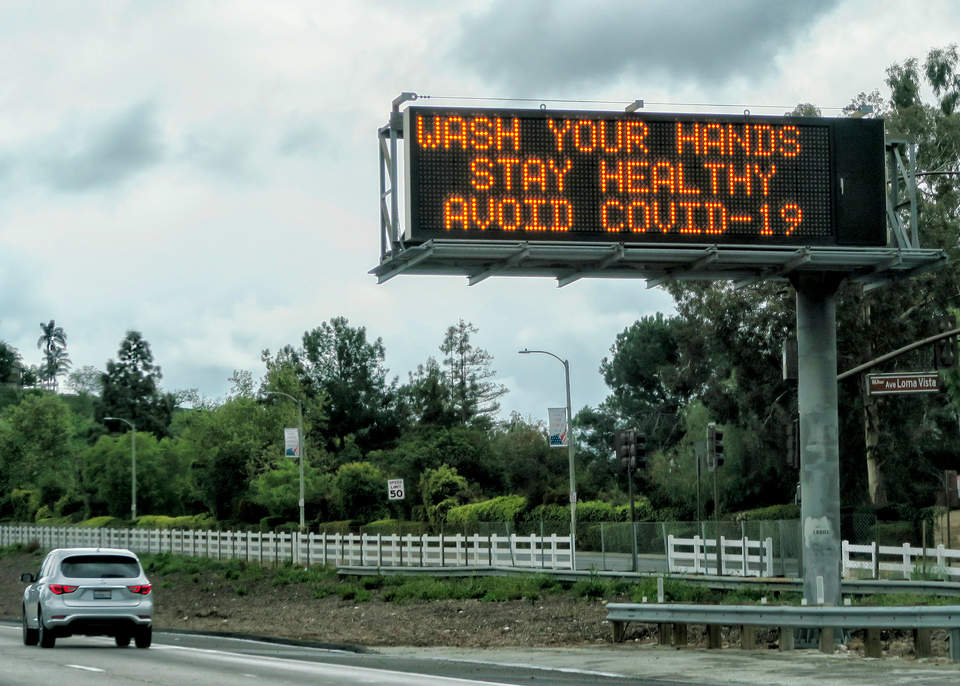 Much has been written in recent weeks comparing the shocking and oppressive impacts of COVID-19 and future effects of climate change. But one of the most important links could be the one right under (and up into) our noses: air pollution.

Dirty air — a substantial chunk of it caused by emissions from the tailpipes of trucks, buses and cars — has a significant impact on human health and the body’s ability to fight infections and viruses. Oftentimes the residents most susceptible to air pollution live near freeways, bus depots and distribution centers where trucks idle around the clock.

It could turn out that these communities are also more susceptible to the risks of COVID-19. One study looking back at the 1918 influenza crisis showed that cities with more coal-related pollution had higher death rates. A similar finding was discovered with the severe acute respiratory syndrome, a.k.a. SARS, outbreak of 2003.

“[P]oor air quality was an important cause of mortality during the pandemic,” noted the researchers from the 1918 influenza study. It’ll likely be so in ours as well.

In that respect, COVID-19 could end up being an alternative type of galvanizing force for broader efforts to reduce air pollution and simultaneously lower carbon emissions. As Y Combinator founder Paul Graham put it on Twitter:

If air pollution turns out to be a big contributor to coronavirus death rates, then instead of distracting everyone from dealing with climate change, the epidemic may end up making people more willing to do something about it.

We can only hope. A major effort to clean up our air, of course, lies in the global effort to electrify trucks, buses and passenger cars.

In this age of a pandemic-induced recession (and possible depression), government mandates and state-wide carbon reduction goals will keep the wheels turning of the EV economy. The researchers at Bloomberg New Energy Finance (BNEF) predict electric vehicle sales globally will take a hit this year thanks to COVID-19, but efforts such as California’s clean air plans likely won’t.

“The state is not on hiatus. We need to make sure we deliver the public health benefits people expect,” said California Air Resources Board Chair Mary Nichols in an interview with me last week for CALSTART’s clean transportation summit. Nichols said she didn’t think California’s clean transportation goals will be derailed by the pandemic and coming economic downturn.

If air pollution turns out to be the silent killer of the coronavirus, then California just can’t afford to let up.

Unfortunately, the U.S federal government isn’t being so proactive and prudent.

Weaker standards mean dirtier air, particularly in vulnerable communities. And that could have a very real effect on how well communities will be able to fight against future pandemics.