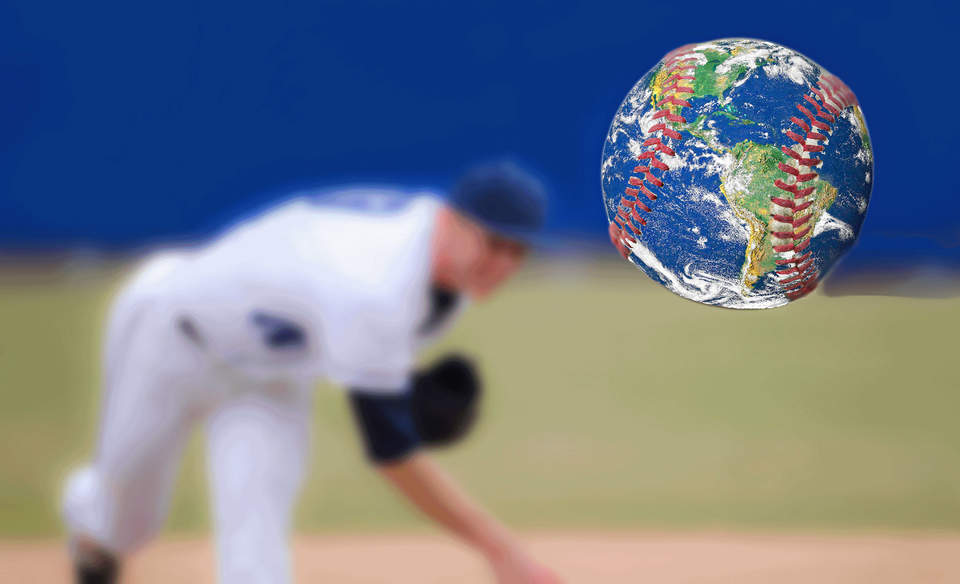 With everything from basketball to baseball to bowling being postponed or canceled, and with the 2020 Olympics delayed until 2021, competitive sports largely have been sidelined by the pandemic. And yet, during this lengthy timeout, athletes continue to be engaged, using their celebrity power to help bring awareness to social distancing and other things we should be doing to address the coronavirus crisis.

Climate change, too. Today, a veteran sports marketing executive is launching his side hustle: a new nonprofit to engage professional athletes to become messengers and evangelists on the climate crisis.

EcoAthletes aims to “identify, inspire, coach and deploy athletes to talk about climate change — where they are and in ways that they’re comfortable,” according to its founder, Lew Blaustein, who’s spent more than 30 years in brand management, sports marketing and promotion, and who writes GreenSportsBlog, which since 2014 has been syndicated on GreenBiz. (In addition, I serve on EcoAthletes’ advisory board.)

“We’re 10 years from the IPPC cutoff that says we have to decarbonize by 45 percent to avoid the most calamitous effects of climate change, and we’re not even getting started on that,” Blaustein told me recently. “It’s an issue of collective and political will. So, who better to galvanize the public than athletes? Athletes have a massive following and have not engaged, except for a few exceptions, on climate.”

We’re going to track, as best as possible, the media hits and the actual reach of the climate communications that these athletes undertake — social media, traditional media, etc.

Blaustein pointed to the rise of several sports-focused climate organizations that have suited up over the past few years. For example, Protect Our Winters, launched a decade ago by professional snowboarder Jeremy Jones, strives to turn cold-weather enthusiasts into climate advocates. Last year, the United Nations created Sports for Climate Action to promote a set of principles for the global sports community to combat climate change and to use sports as a unifying tool to drive climate awareness and action. Players for the Planet, founded by former Baltimore Orioles outfielder Chris Dickerson and former Cleveland Indians pitcher Jack Cassel, aims to “unite professional athletes to create positive change for our environment.”

And then there’s the Green Sports Alliance, which convenes teams, leagues, athletes and fans “to promote healthy, sustainable communities where we live and play.” It holds a well-attended annual conference on the topic (postponed this year, with future dates to be announced).

Meanwhile, nearly every professional sports league and team has created a set of environmental initiatives — some basic, some bold — including showcasing renewable energy, reusable cups, LED lighting and other innovations at stadiums and arenas. Most professional leagues have a chief sustainability officer. A few teams have set their sights on becoming 100 percent renewably powered or boast zero-waste facilities.

But few individual athletes have stepped up to the plate. That’s where EcoAthletes hopes to rack up some points.

The plan, Blaustein says, is that “athletes will get trained by us to talk about climate change, then will talk about it in whatever ways they feel comfortable” — for example, referencing it in a media interview after a game. “We’re going to track, as best as possible, the media hits and the actual reach of the climate communications that these athletes undertake — social media, traditional media, etc.,” he said.

That’s the relatively easy stuff. The harder stuff — the bigger ambition — is that athletes begin “lobbying members of Congress, lobbying state legislators, talking about it in much more formalized public settings,” said Blaustein, who holds an MBA from NYU’s Stern School of Business.

All of this is intended to influence fans — a massive slice of Americans. According to a survey of nearly 2,000 registered voters conducted in March by Morning Consult, 29 percent of Americans consider themselves “avid” sports fans while 38 percent say they are “casual” fans. That’s an addressable market of roughly two-thirds of the voting public.

Blaustein hopes that eventually, EcoAthletes will undertake fan research about attitudes on climate change “and be able to track, over time, that the positive interest in environmental actions will grow among sports fans.”

And two more, both of whom serve on EcoAthletes’ advisory board: Alexandra Rickham, a British paralympic sailor; and Brent Suter, a starting pitcher for the Milwaukee Brewers.

A lot of sports fans aren’t necessarily environmentalists by trade, so being able to spread some awareness to folks who might not otherwise get the messaging is huge for … public support.

Suter learned about climate change in high school, when he watched the Al Gore documentary “An Inconvenient Truth.” He decided to “make that a mission in my life to try to help this problem,” he told me. He studied environmental science at Harvard and decided then that “whatever job I had, I wanted to be a platform for that message.”He may be the only professional baseball player known to pack his lunch in a reusable meal kit.

In Milwaukee, he started a #StrikeOutWaste campaign to encourage reusable bottle use; the Brewers previously had consumed around 20 cases of bottled water a day.

Suter reeled off to me the kinds of green innovations the Brewers have implemented. Among them: “We partnered with SC Johnson this past offseason for a recycling program where the bottles for beer and soda, instead of getting put in the landfill, they’re going to be recycled into Scrubbing Bubbles bottles. So, that’s really cool. It’s just like the first step of a program to ideally get all compost-friendly packaging in Miller Park, which is great.”

Working with Players for the Planet, Suter has been involved with campaigns at the stadium level to eliminate electronic waste and increase the use of renewable energy and LED lighting.

Suter sees a rich opportunity to leverage his passion for sports with his passion for climate action. “A lot of sports fans aren’t necessarily environmentalists by trade, so being able to spread some awareness to folks who might not otherwise get the messaging is huge for collectively getting some public support in all areas of life, all walks of life, to have this be a priority for our society.

“I think also sports is a huge platform of coming together. It brings people together. It can be a very joyful experience. So, having that messaging going on: ‘We can tackle this problem together.’ Sports is a great platform for that, too.”

Oil jumps nearly 90% in May to $35, registering best month on record
France aims to become Europe’s top producer of clean cars: Macron
Physics in the pandemic: ‘Our habit of combining theory and experiments was an advantage for the lockdown’ – Physics World
Mirantis releases its first major update to Docker Enterprise
Air Force: Report on space acquisitions reforms ‘not finalized’