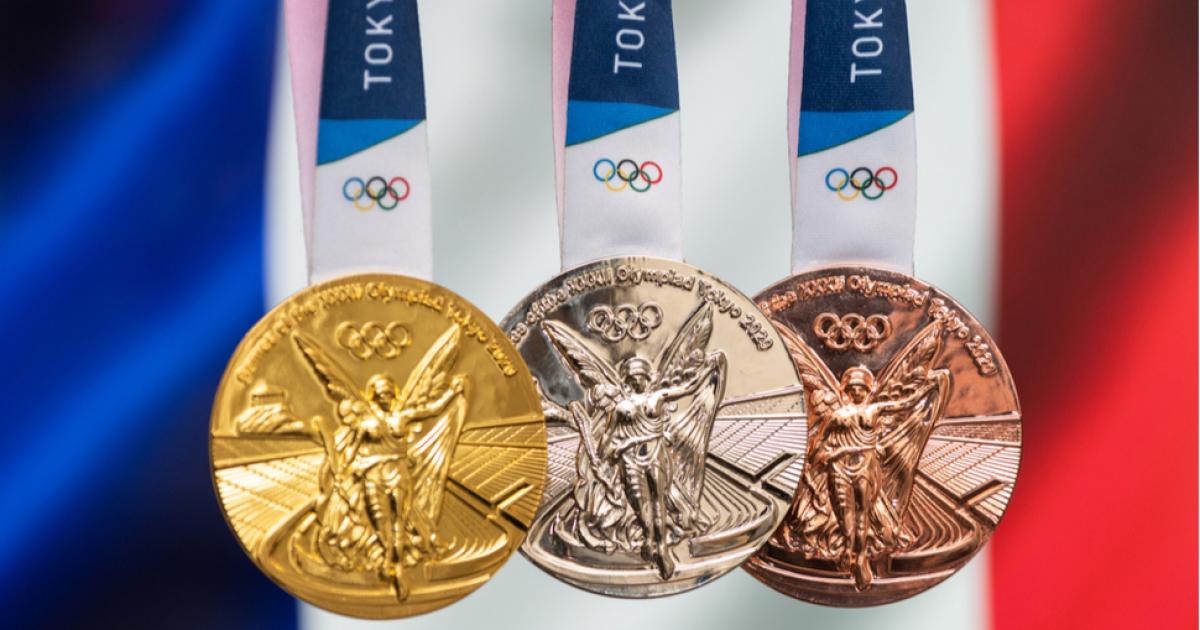 There are plenty of serious stories to cover in the run-up to the Olympics between the pandemic, record temperatures so high they’re making beach volleyball courts unplayable and, apparently, rogue oysters. On the lighter side, the headline that caught my eye this week was about the cardboard “anti-sex beds” in the Tokyo Olympic Village. While the social media cycle of outrage grasped onto the (now-debunked) scandal of social distance-encouraging design, I was stuck on the fact that Simone Biles, Naomi Osaka and the rest of the Olympic hopefuls would be resting their bones on cardboard beds.

It turns out, the 18,000 modular bed frames in the Olympic Village were manufactured by Japanese bedding company Airweave and designed to be recycled at the end of the games — and they’re just the tip of the iceberg when it comes to the Tokyo Olympic Committee’s material management strategy for this year’s event.

The organizing committee has set goals of reusing or recycling 99 percent of goods procured for the games and 65 percent of the waste generated through event operations. While the task of managing them is undeniably easier without the hundreds of thousands of spectators, it’s no small feat considering the scale of the operation. Olympic games also have a reputation for wreaking havoc on local environments, notably the waste management crisis at the Rio games in 2016.

So the organizers, much like the athletes, have spent years strategizing, training and preparing for this moment.

One hundred percent of the approximately 5,000 medals awarded at the Tokyo games this year will be made from gold, silver and bronze extracted from the used consumer electronics sourced from people across Japan. In an effort to raise awareness about e-waste recycling, the organizing committee sourced donations of consumer electronics from 1,300 educational institutions and 2,100 electronics retail stores — a total of 78,985 tons of discarded devices, made up of about 6.2 million used mobile phones, digital cameras, handheld games and laptops. The devices were sorted, disassembled and smelted by accredited contractors before being manufactured into medals that will soon decorate winning athletes.

The organizing committee has set goals of reusing or recycling 99% of goods procured for the games and 65% of the waste generated through event operations.

The 100 podiums upon which athletes will be bestowed recycled gold, silver and bronze will also be made from recycled materials, in this case post-consumer plastics. The organizing committee partnered with 113 schools, 2,000 retailer locations as well as other businesses and organizations to collect 24.5 tons of plastics, or 1.5 million plastic bottles and containers (PET was not included in the drive) between June 2019 and March 2020. The podiums will be recycled back into product packaging after the games, according to the committee’s Sustainability Pre-Games Report.

The organizers’ materials management strategy goes beyond flashy, public-facing initiatives such as the medal and podium projects. Behind the scenes, reuse is at the heart of the games’ procurement strategy. Codified in the committee’s Sustainable Sourcing Guide, the organizers prioritized rental and leasing in its goods procurement strategy, and signed buyback agreements with vendors where possible. For goods that had to be purchased outright, they are partnering with the Tokyo Metropolitan Government to build resale systems and identify potential buyers for used items after the games.

The guidelines also include an unexpected emphasis on simplification. That means cutting back on decorations and relaxing the lighting requirements for the Olympic Broadcasting Service lighting requirements to decrease resource use. The organizers “require its suppliers and licensees to supply materials and products … in accordance with the Japanese concept of mottainai (sense of avoiding waste),” according to the report.

Much like beach cleanups, e-waste drives and plastic-free July initiatives, the process of public engagement is what stands out most in the Tokyo Olympic Committee’s materials management strategy. Sure, the impact of these circular economy initiatives, along with dozens of others, will contribute to some environmental benefits.

But at the Olympics, the process of engaging the Japanese public and leveraging the global stage has an even bigger impact. Beyond sustainability lip-service or cute small-scale projects, the organizers recognize the power of the platform and seem to be using it to the best of their ability. That’s certainly something to cheer for.

Space Force talent strategy is a departure from the norm
Thousands of ancient super-eruptions have been detected on Mars
Discovering allyship at a historically Black university
Menstrual Cycle Changes After Covid Shots Should Be Investigated To Prevent Misinformation, U.K. Immunologist Urges
Quick Charge Podcast: September 18, 2021