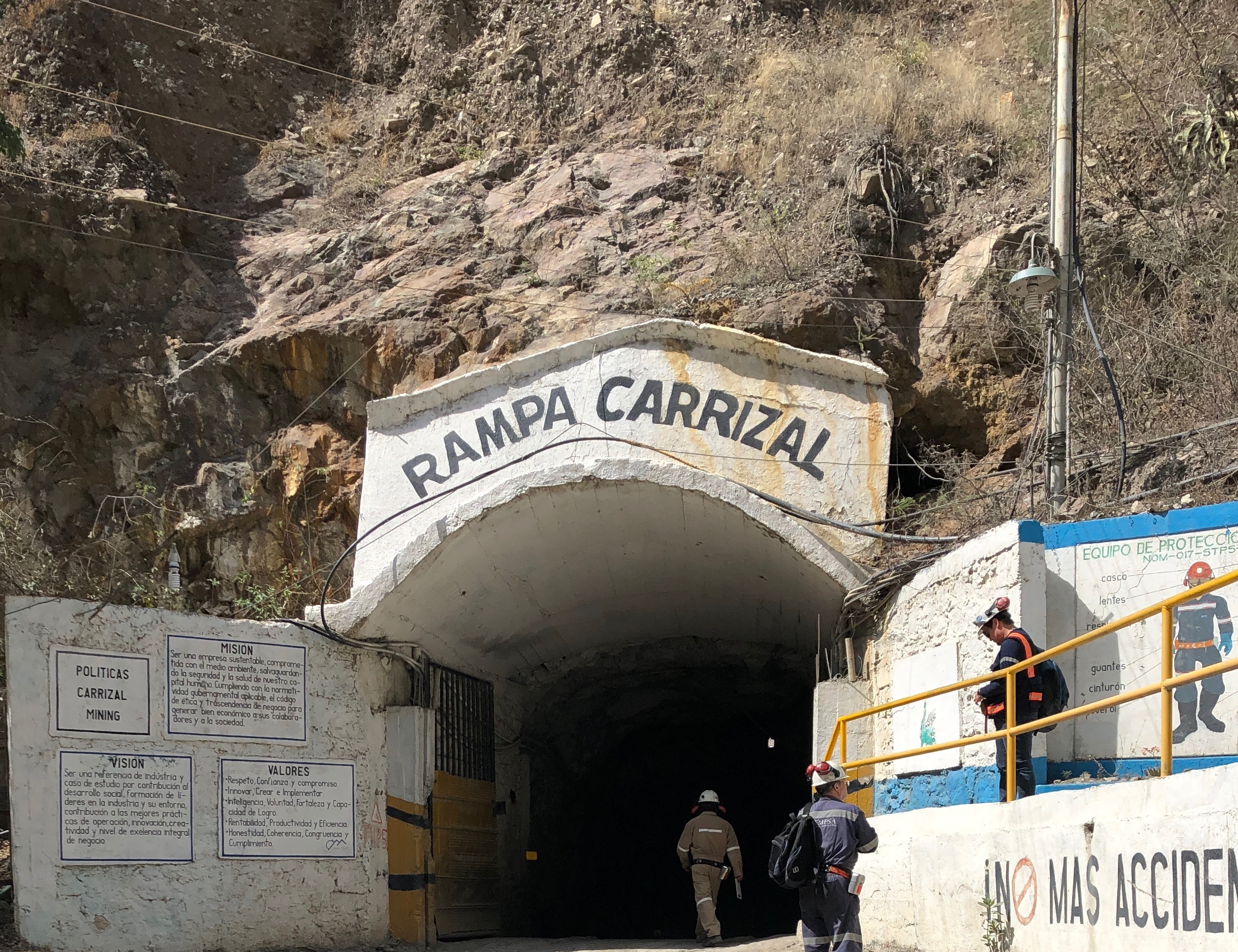 Not many audits are 14 years in the making. But after almost a decade and a half of creating the most holistic and encompassing mining standard, the Initiative for Responsible Mining Assurance (IRMA) released its first audit of a mine today.

That mine is Carrizal, based in Mexico. It extracts zinc, lead, copper and silver, important minerals for many consumer electronics, jewelry and auto manufacturers. The mine achieved an IRMA Transparency designation, meaning the site was audited by a third party and shared its results about the operation of the mine with the industry so partners may have a clearer picture of where the mine succeeds and where it needs improvement.

For decades, many mining activities have caused acid runoff into essential water and food sources, noise and air pollution, and even the uprooting of native communities. When public advocates get wind of these environmental and human rights abuses, they often show up on the doorsteps of consumer-facing jewelry and electronic brands that use mined materials. Protesters hold these companies responsible for violations happening a long way down their supply chains. Most of these companies don’t have any direct contracts with mines, but they still need to respond to the public outrage and be part of the solution.

“There is a deeply broken trust between many mining companies and the communities that are around them,” said Aimee Boulanger, executive director of IRMA.

The IRMA standard is a chance to put mining onto a new path of sustainability and accountability.

As part of the audit disclosed this week, Carrizal was rated quantitatively with a percentage on each of IRMA’s 26 sections with over 400 requirements. It scored at least 50 percent in more than a third of the chapters. For example in principle three, Social Responsibility, it achieved a 49.7 percent across categories such as fair labor, occupational health and safety, community health and safety, security arrangements and cultural heritage preservation. When a mine achieves an average of 50 percent, 75 percent or 100 percent on all sections, the mine gets an IRMA 50, 75 or 100 score respectively.

The sections cover a range of concerns including environmental impacts on air, water and waste, human rights and safety requirements, native community relationships, greenhouse gas emissions and even how the mine will be responsibly closed when it stops operating in the future.

To develop the standard, IRMA brought together multiple stakeholders in mining; nonprofit groups, mining-affected communities, mining companies and the purchasers of mined materials including Tiffany & Co. and Microsoft, which are all members. This group worked together with IRMA to create a standard that covers the major mining issues for the environment, workers’ rights and community relationships.

According to Anisa Kamadoli Costa, chief sustainability officer at Tiffany, the company helped create and pushed forward a methodology for determining a living wage in a variety of countries.

The IRMA standard is extremely attractive to companies such as BMW (another member) and Microsoft because it covers all minerals and all issues. A car or computer has dozens of mined materials including cobalt, lithium, copper, gold and zinc. The supply chain is extremely lengthy and confusing.

“In case of the wiring harness, there are roughly 100 partners in the supply chain for just that one part,” said Claudia Becker, a senior expert on sustainability and responsible supply chain management at BMW. “So the transparency is incredibly difficult to achieve.”

Ephi Banaynal dela Cruz, senior director of responsible sourcing at Microsoft, agreed: “Our supply chain has a lot of ambiguity built into it.”

Having an individual standard for each material is much too cumbersome, especially when many issues overlap or are very similar. The IRMA standard is for all materials and covers both human rights issues and environmental issues.

“The idea was to bring all these issues under one house,” Boulanger said. “We don’t want to talk about human rights or clean air or worker safety or how the mine is going to be cleaned up. We don’t want them traded off against each other anymore.”

And when there is a substantial difference in mining practices, IRMA is dedicated to filling in the gaps. For example, Boulanger indicated that the standard is looking into creating a more comprehensive guide for lithium brine extraction, an important and very different kind of mining for the electronics and battery industries.

While having such a broad standard and a varied board means that the priority materials, locations and environmental issues will vary extensively from stakeholder to stakeholder, Banaynal dela Cruz thinks that’s to the organization’s advantage.

“It’s a way to divide and conquer,” she said. “We will prioritize things differently, and it could allow us to get the scale of adoption [of the standard] much faster.”

According to Banaynal dela Cruz, the goal is a world where Microsoft will have many options for responsible mines to work with. Because consumer-facing brands such as Microsoft don’t work directly with mines, it is a lot of effort to verify the mines far down their supply chains. The best bet for having a responsible mine in their supply chain is to encourage responsible mining everywhere. And there is a need for a global standard so companies don’t just pick up and go somewhere where laws and protections are weaker.

According to Becker, she has sent 20 letters off to mining companies in BMW’s supply chain to encourage them to complete an IRMA audit and the company is requiring an IRMA audit in all contracts starting this year.

But even though companies are moving towards requiring audits, none that spoke to GreenBiz plans to sever ties with mines that don’t obtain a certain score.

“We are happy about every mining company that undergoes the IRMA audit,” Becker said. “I think it’s a huge step. This level of transparency is really unique for the industry. And that takes a lot of braveness for companies to sign up for that audit.”

Instead, there is a focus on continuous improvement. According to Boulanger, many IRMA standards go way above and beyond traditional government regulations in countries with large mining industries, so the organization isn’t expecting many mines to meet the standard right away.

“We really believe that we should not dilute the standard,” Banaynal dela Cruz said. “But we need to make sure that there is a pathway for different mining entities to enter the standard.”

Carrizal is leading the way forward for transparency in mining, but it will need to continue implementing improvements to remain in good standing with IRMA and work towards the IRMA 75 or 100.

For example, according to Carlos Silva, head of Carrizal, the audit revealed the mine wasn’t sharing enough information with workers about the option to unionize. IRMA pushed it to do so more explicitly.

“[IRMA] wants us to make sure to share the information about unionization,” he said through a translator. “That was a little bit surprising. We thought we were sharing that they are free to do it. But IRMA wants us to emphasize that part.”

This is just one small example of what changes will need to come to mines all over the world if IRMA gets its way. Mining has a torrid history and an uncertain future as companies continue to tear through mineral deposits for their products. It won’t be solved overnight, IRMA is just starting to turn the industry in a new direction.