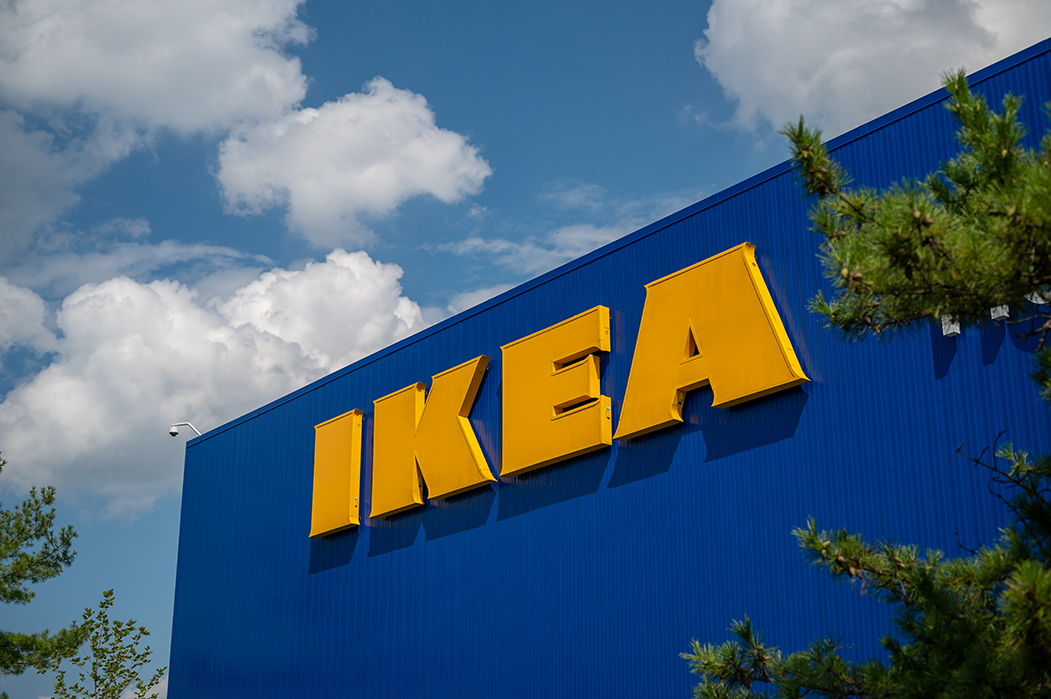 Black Friday is upon us. For IKEA, that marks the expanded launch of a program to buy back furniture in an effort to curb consumption.

“We don’t want to encourage people to overconsume. That’s one of the challenges we’ve identified that we feel like we can make a big impact on within our whole strategy,” said Jenn Keesson, sustainability manager at IKEA U.S.

As part of the program, the home furnishings company, widely known for its flat-pack packaging and ready-to-assemble furniture, will be taking back a range of IKEA products: bookcases and shelf units; small tables; chairs and stools without upholstery; and chests of drawers. When a customer returns an item, they’ll receive a voucher to use for future purchases. If IKEA can’t resell an item, the company plans to recycle it or donate it to community organizations.

The effort, which will be running in 27 countries (Australia, Canada, France, Germany, Italy, Japan and Russia are on the list), is temporary for now, running from Nov. 24 through Dec. 3. But it is part of a larger circular approach being pioneered by the company.

While the U.S. is not on the list of countries for this year’s Black Friday buyback initiative, IKEA U.S. has done some experimenting with such a program in the past, in partnership with Goodwill. And Keesson said the company is working to get a buyback program launched in the country.

There are 374 IKEA stores in 30 countries around the world.

“We just have a few other complexities when it comes to legislation and around different municipalities that we’re in,” she said about developing the plan to launch in the U.S.

Here are a few of IKEA’s other recent waste reduction and circular economy efforts:

What would it mean for IKEA to be fully circular?

“I think in a dream world, it is that every product that you would buy is coming from recycled materials that are closed-loop in our own supply chain. And that [with] everything we’re utilizing in a store, there is no waste going to landfill,” Keesson said.

“We’re finding alternate ways to reuse it or we have partners that we’re working with who can reuse the materials or recycle materials in some way. But getting there is a long journey.”

But getting there could make a big impact because of how large the company is. There are 374 IKEA stores in 30 countries around the world.

Over the years, IKEA has made a number of bold commitments to address the impacts of its operations on the environment, outside of its recent circular economy efforts. In 2018, for example, the retailer pledged to having electric vehicles complete the last-mile portion of delivery to its customers by 2025.

In IKEA’s 2019 fiscal year, its e-commerce sales grew by 46 percent, according to website for Ingka Group, its parent company. And based on current trends — e-commerce revenues are projected to grow to $6.54 trillion in 2022 from $3.53 trillion in 2019, according to Statista — IKEA’s growth is likely to increase.

Ingka announced in September that it was investing more than $715 million over the next 12 months for IKEA to become “climate positive” by 2030, in addition to past investments.

“We believe it’s good business to be a good business. Despite the significant challenges we’re facing in the world, we still have it in our own hands to change the direction of the climate crisis. We want to be part of the solution, which is why we will continue to focus our future investments to ensure a cleaner, greener and more inclusive recovery,” said Juvencio Maeztu, deputy CEO and CFO of Ingka, at the time of the announcement.

Despite the significant challenges we’re facing in the world, we still have it in our own hands to change the direction of the climate crisis.

In recent years, Ingka has invested in companies such as Optoro, a software startup that provides reverse logistics for retailers; RetourMatras, a company that makes it possible to recycle more than 90 percent of the materials in a mattress; and Winnow, a company that has developed an artificial intelligence-enabled food waste tracking solution to help reduce food waste in commercial kitchens.

Tangentially related to food, this week, the company announced several food-related commitments. One goal: By 2025, IKEA plans for 50 percent of the meals offered in its restaurants to be plant-based and 80 percent to be non-red meat.

Because it touches everything from furnishings to food, IKEA’s reach is wide. And with all the commitments the company has set, it still has a lot of work to do to continue its work as a corporate sustainability leader.

“We have a lot of goals by 2030. We have the ambition to be climate positive and fully circular,” Keesson said. “We’re super excited and energized to see how we can continue to make impacts and continue to be this leader.”

Apple iPhone maker Foxconn teams up with Chinese automaker Geely to make cars for other companies
This breathtaking close-up of Mars’ ‘grand canyon’ is giving us goosebumps
Earliest animal cave art on record has been found in Indonesia, and it’s adorable
75 Years Ago, America’s First Moon Shot Used Radio Waves
How India Could Strike A Blow For The Global Scientific Community