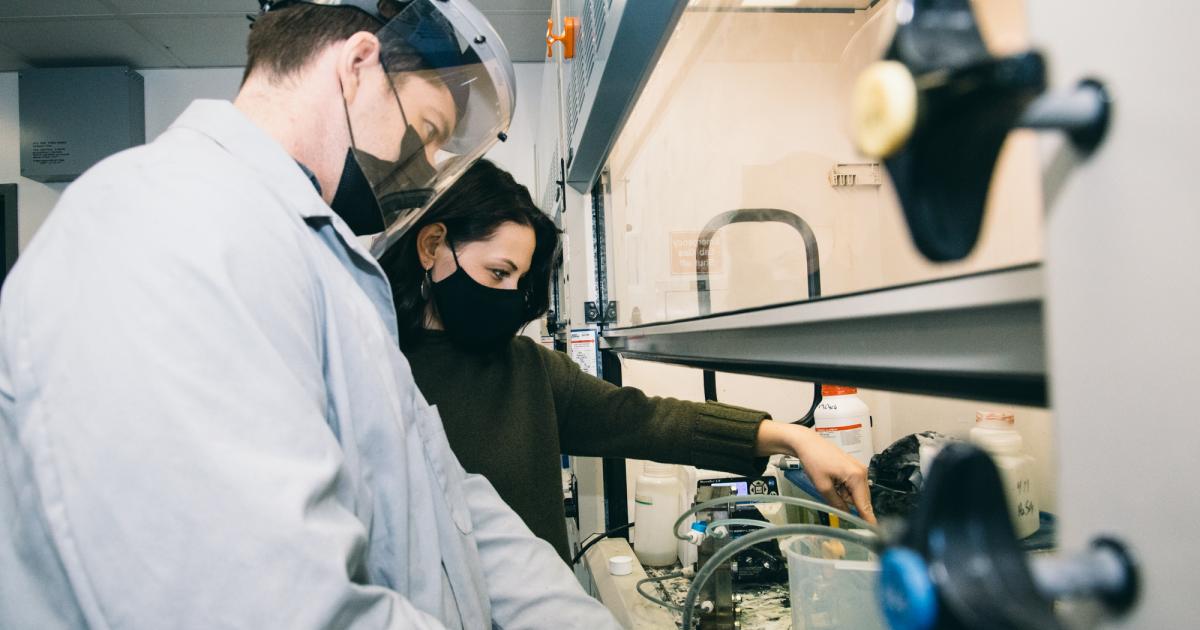 Sometime over the past year, climate tech outbuzzed AI, and that hype is leading would-be backers to rethink their valuation models.

Numbers around the carbon removal potential are far more elusive, but Boston-based venture capital firm Clean Energy Ventures (CEV) began asking for them several years ago. Starting this week, it’s requiring that data as part of the pre-application process — and it has developed a tool, the Simple Emissions Reduction Calculator (SERC) to give entrepreneurs a leg up. After all, if most big companies still calculate these numbers largely through spreadsheets and complex data mashups, how should we expect under-resourced founders to have ready answers?

“It’s important to us that when we assess the startups that approach us, whether they have the potential to do what they claim,” said David Miller, managing director and co-founder of CEV, a $110 million VC firm that invests in early-stage companies. “But with hundreds of applications, it became difficult to ascertain this for each startup. Sometimes, what they are doing is a good thing, but didn’t have a good climate impact … The entrepreneur might not be able to go through the math, without the support.”

CEV’s portfolio includes a wide range of ventures, including Boston Materials, which is working on lightweight carbon fibers for aerospace and transportation; Leading Edge, working on ways to reduce solar panel production costs; and Aqua Membranes, a maker of 3D-printed reverse osmosis filtration systems. The firm requires that each startup it backs has the potential to mitigate a minimum of 2.5 billion tons of CO2-equivalent by 2050, Miller said.

SERC is super-basic — it includes only six questions and doesn’t consider other important climate concerns such as water consumption or waste. Nor does it account for environmental justice or social concerns, although CEV also requires applicants to provide information about the diversity of their teams. “We look at that, explicitly, and are working hard on improving it,” Miller said.

So far, more than 140 firms have used early versions of the SERC tool, which went live this week.

CEV isn’t alone in wanting this sort of data, and that’s why the firm has made it publicly available so that other members of the climate-tech ecosystem can start gaining more clarity around the potential impact of companies seeking to join their portfolios. It already has been embraced by at least two early-stage accelerator initiatives, Cleantech Open and Cleantech Scandinavia.

Cleantech Open, for example, will use the tool to educate entrepreneurs about how to reflect more specifically about the environmental impact of its technology. The organization already asked qualitative questions about sustainability, but this will force founders to be more thoughtful and specific about considering the entire life cycle of their product, said Beth Zonis, director of Cleantech Open Northeast.

“This all started because we believe that being able to measure and demonstrate with some kind of environmental impact [statement] is going to be absolutely critical for the startups to get traction” with investors, customers and even employees, Zonis said.

One startup that already has experienced this firsthand is Nth Cycle, a company that extracts metals from batteries, electronic waste and mine tailings so that they can be reused in clean energy technologies. The company closed a $3.2 million round of funding with CEV in early April, and SERC was a “succinct and easy way” for the team to assess its impact, said Megan O’Connor, founder and CEO of the Boston-based firm, which emerged from Harvard University.

The company’s funding will go toward developing pilots with recyclers and mine operators, and O’Connor said being able to speak more specifically about the CO2-equivalent removal potential has helped Nth Cycle connect with potential investors and customers, particularly in the electronics and automotive sectors. “This tool has really helped us get the attention of a lot of firms, and especially potential customers in this space,” she said.

Is SERC the be-all, end-all of early-stage emissions analysis? Certainly not, although CEV is hoping the tool will prompt other investors to consider deeper assessments of carbon removal and other environmental life-cycle assessment considerations in their evaluations of startups they’re seeking to fund. “It’s not just about solar panels and wind turbines. There are many ways to reduce emissions,” Miller said. “We want to expand the perception of climate solutions beyond emissions reductions.”