This April, renewables were put to the test like never before. For the first time in United States history, clean energy sources shouldered more of the nation’s electricity needs than coal.

A monthly report from the Energy Information Administration shows that renewables such as wind, solar, and hydroelectric dams provided 23 percent of the month’s electricity, while coal supplied only 20 percent.

The difference boils down to roughly 8.5 million megawatt-hours less of fossil fuel-driven power. It’s also the least amount of coal the US has burned in over a decade. 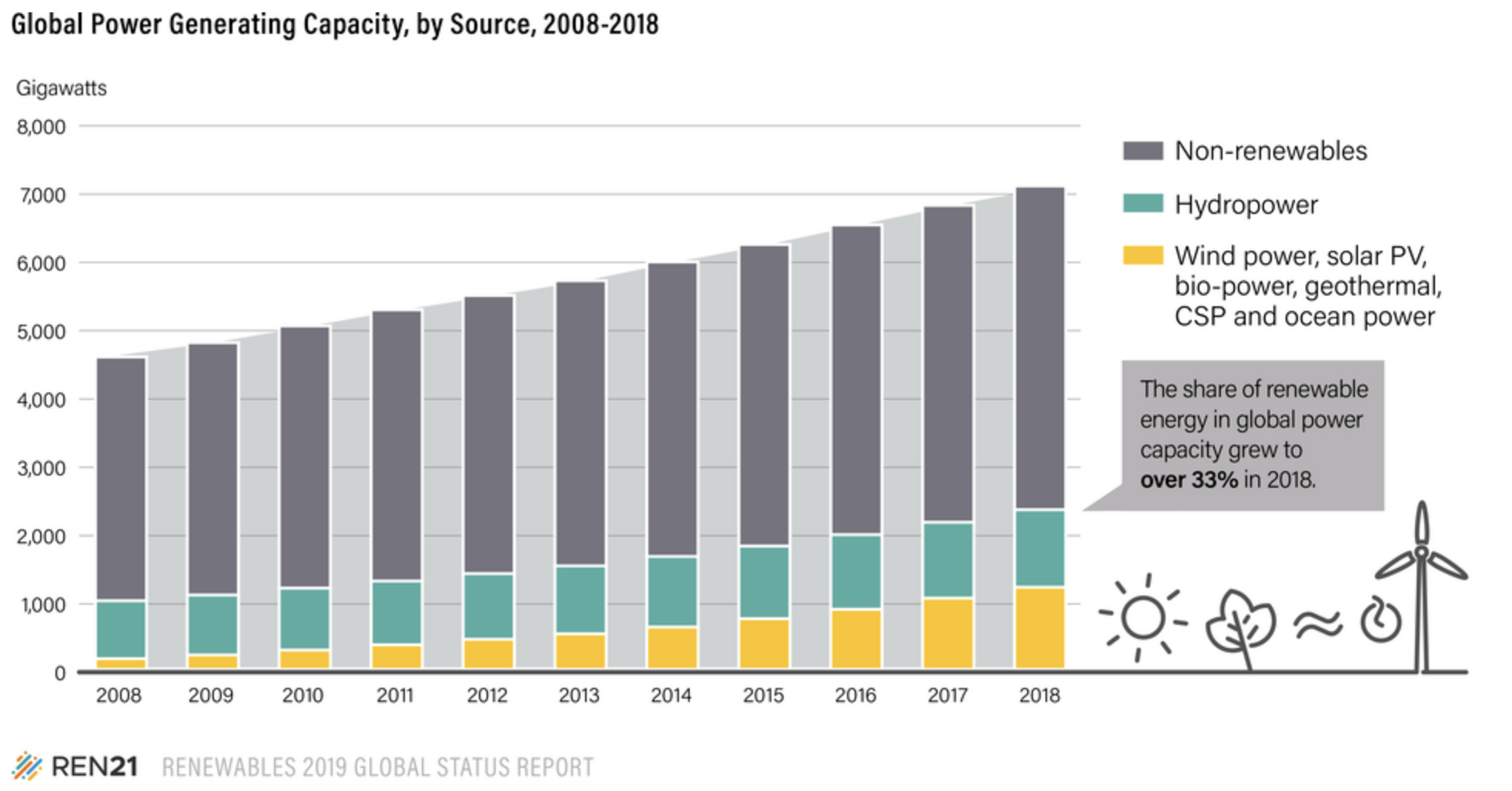 The accomplishment has some counting down the years until coal is a thing of the past. A recent report, published just after April, noted that in the past three years alone, the number of coal-fired power plants being developed around the world has plummeted.

Even in the US, where President Donald Trump has promised to bring back coal, 50 such plants have closed since the last presidential election.

Combined with the lowering cost of renewables and the rapid spread of ‘clean’ technology, the overall trend is enough to turn our energy system on its head. Still, the month of April was marked by some unusual events which helped set the stage for this major milestone.

During the month of April, Bloomberg reports that coal’s numbers were actually down in part because several coal plants were being serviced. What’s more, as The Guardian points out, this was a particularly good month for renewable energy, not only because electricity demand was generally low, but also because wind energy was relatively high.

In all likelihood, coal is likely to return as the second biggest source of electricity in the US after natural gas, but it may not hold on to that position for long. As coal fades into history, some cities and states are turning to natural gas instead of renewables, which could be a worrying development in the face of the climate crisis.

“Gas infrastructure that’s built today is going to be with us for 30 years,” Daniel Cohan, a civil and environmental engineer at Rice University, recently told The New York Times.

“But if you look at scenarios that take climate change seriously, that say we need to get to net zero emissions by 2050, that’s not going to be compatible with gas plants that don’t capture their carbon.”

Some states, like Arizona and Indiana, have blocked these natural gas developments until renewables receive proper consideration. Nevertheless, other parts of the country are still going ahead with these plans, long before carbon capture technology has proved its viability on a larger scale.

If the world is truly serious about quitting fossil fuels, we need to walk the walk. But it’s not just the US that’s resisting exactly that. Globally, fossil fuel subsidies in 2017 rose to US$300 billion a year, about double the estimated support for renewable power generation.

Meanwhile, renewable energy subsidies in 2018 decreased by 11 percent, reaching only US$288.9 billion. If renewables received the same massive subsidies that fossil fuels already do, sources like wind and solar would become more attractive to investors and could take on more of the total energy burden. 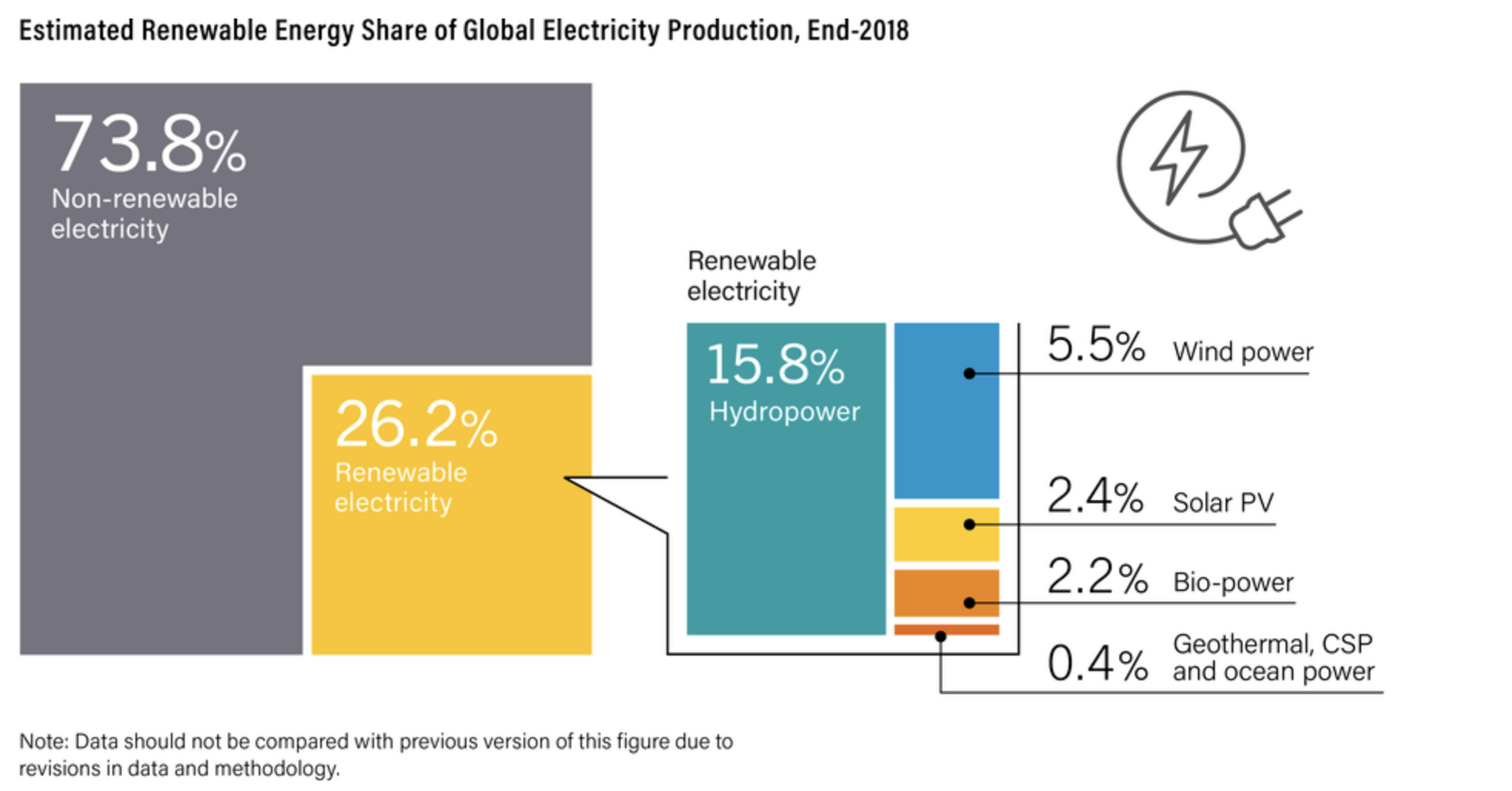 And if fossil fuels were priced in a way that reflects the environmental and health costs they produce, a recent report from the International Monetary Fund has found that carbon dioxide emissions would have been 28 percent lower, which would free-up about US$3 trillion for governments to spend in other ways.

Electricity is only a small chunk of the world’s total energy use, and while it’s nice to know renewables can help pick up the slack in a country of nearly 330 million, these clean energy sources will need to do a whole lot more than that in the coming years.