Just before going into a hallucinogenic trance, Indigenous Californians who had gathered in a cave likely looked up toward the rocky ceiling, where a pinwheel and big-eyed moth were painted in red.

This mysterious “pinwheel,” is likely a depiction of the delicate, white flower of Datura wrightii, a powerful hallucinogen that the Chumash people took not only for ceremonial purposes but also for medicinal and supernatural ones, according to a new study.

The moth is likely a species of hawk moth, known for its “loopy” intoxicated flight after slurping up Datura’s nectar, the researchers said.

Chewed globs that humans stuck to the cave’s ceiling provided more evidence of these ancient trips; these up to 400-year-old lumps, known as quids, contained the mind-altering drugs scopolamine and atropine, which are found in Datura, the researchers said.

The finding marks “the first clear evidence for the ingestion of hallucinogens at a rock art site, in this case, from Pinwheel Cave, California,” the researchers wrote in the study, published online today (Nov. 23) in the journal Proceedings of the National Academy of Sciences.

The artists probably weren’t high when they drew the rock art, however. “It’s extremely unlikely because of the debilitating effects of Datura,” study lead researcher David Robinson, a reader in archaeology at the University of Central Lancashire in England, told Live Science.

Rather, just like religious artwork and objects at a church, these rock paintings were likely “setting the scene,” and helping people about to go into a trance understand the flower’s power and the shared tradition of taking the hallucinogen in that particular cave, he said.

Archaeologists first learned about the rock paintings in 1999, when workers at Wild Wolves Preserve, a nature preserve about 90 miles (145 kilometers) northeast of Santa Barbara, found a pinwheel and insect painted with ochre, a reddish mineral used in cave art around the world.

At first glance, the 4-inch by 7-inch (10.5 by 17 centimeters) pinwheel drawing doesn’t look much like a Datura flower, but any botanist would tell you otherwise. Datura, also known as jimsonweed and angel trumpet, unfurls at dusk and dawn when insects pollinate it, but during the heat of the day it twists up.

It’s possible this cave painting features an “opening Datura flower,” the researchers wrote in the study. 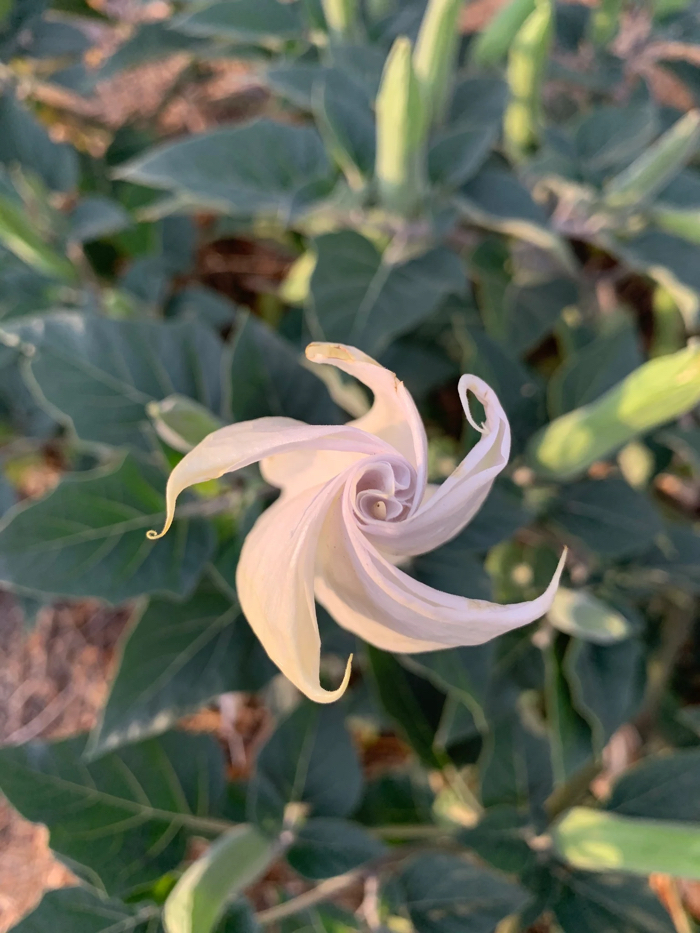 Researchers already knew that the Chumash people used Datura for ceremonies and in everyday life, according to historic descriptions from missionaries and anthropological work.

Historians think Datura was used to “gain supernatural power for doctoring, to counteract negative supernatural events, to ward off ghosts, and to see the future or find lost objects, but, most especially, as a mendicant for a variety of ailments,” the researchers wrote in the study.

It was also put in a tea called toloache for a coming-of-age ceremony for boys, and sometimes girls, who took the trance-inducing plant to mark their entrance into adulthood, Robinson said.

However, Robinson and his colleagues needed more evidence than cave art to suggest that Indigenous people used this site for Datura ceremonies. So, the team investigated the mysterious quids stuffed into the ceiling’s crevices.

Quids, known from other archaeological sites in the American Southwest, are plants usually chewed for their nutrients or stimulants, including yucca, agave or tobacco. In this case, 3D digital microscopy revealed that the quids in Pinwheel Cave were also likely chewed.

“[The quids] consistently had indentations that we would expect from molars, so it appears that they had inserted it into their mouth and chewed,” Robinson said.

The quid fibers were also matted together, and “you would expect that to occur through some sort of moisture that would make it adhere, such as human saliva,” he said. 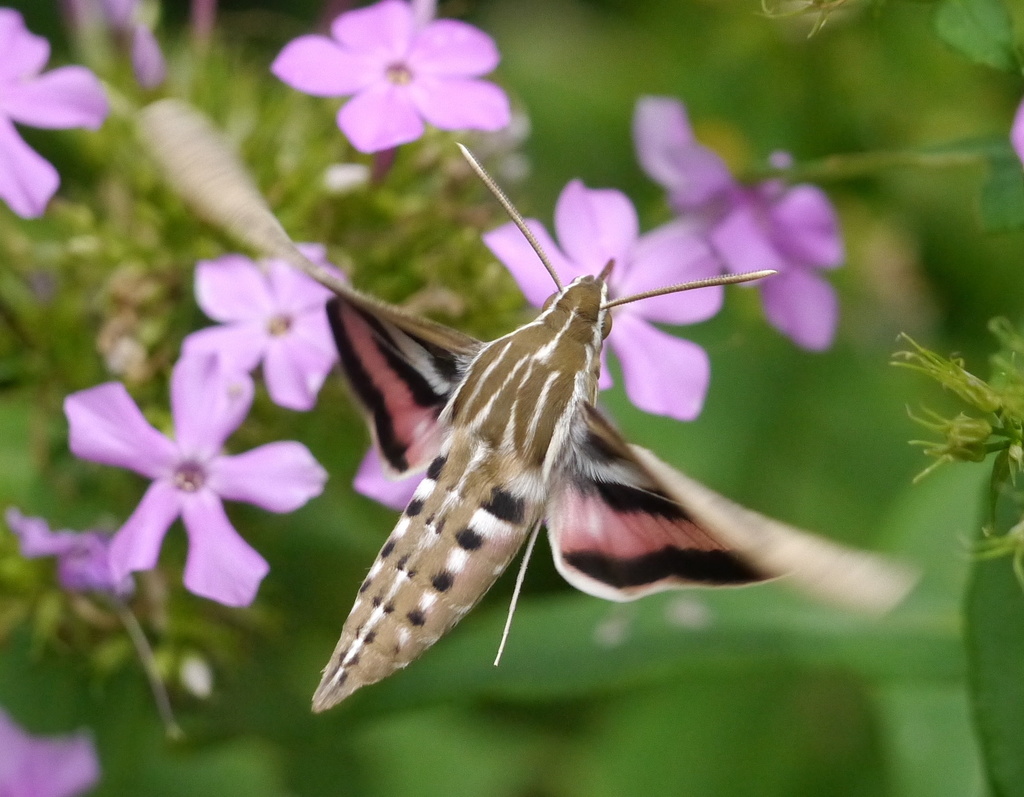 A moth like the White-lined Sphinx (Hyles lineata), was also depicted in the cave. (xpda/iNaturalist/CC-BY-SA-4.0)

Meanwhile, a chemical analysis revealed the presence of the Datura‘s hallucinogenic compounds atropine and scopolamine, and a scanning electron microscope analysis further identified the quids as Datura, although one quid was made of yucca.

Radiocarbon dating shows the cave was used on and off again from about 1600 to the late 1800s. And Indigenous people used the cave for many other purposes: The archaeologists also found projectile points and an arrow shaft straightener – indicating the cave may have served as a place for preparing hunting tools. Likewise, ground seeds and animal remains suggest the cave was used for food preparation, storage and communal meals.

The new discovery helps dismantle the myth of the lone shaman, going into a cave by himself to have a mystical experience, Robinson said.

“This is a community site,” Robinson said. He added that today’s Tejon Indian Tribe, composed of the descendants of the Chumash, Yokuts and Kitanemuk peoples, use the site today.

Indigenous people around the world, including ancient cultures in Siberia, North America and South America, are known to have taken mind-altering substances, said Patrick McGovern, the scientific director of the Biomolecular Archaeology Project at the Penn Museum in Philadelphia, who was not involved in the study.

And this study used cutting-edge techniques “to elucidate an important biocultural issue – the use of hallucinogens by peoples of the Americas,” McGovern told Live Science in an email.

This article was originally published by Live Science. Read the original article here.