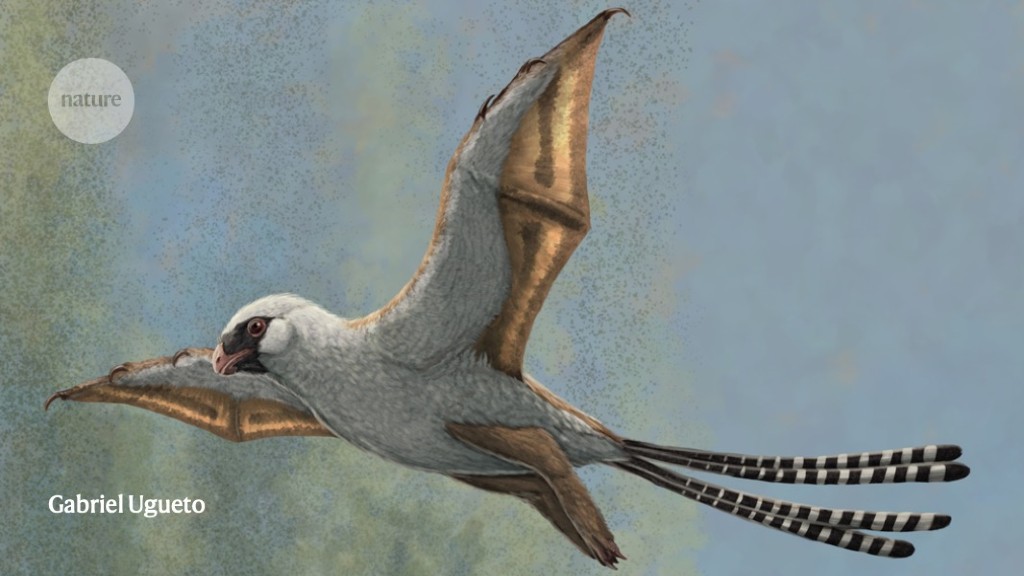 It is one of the enduring wonders of evolution that natural selection can produce complex traits such as flight. But that doesn’t mean every evolutionary journey ends with a falcon’s speed or a swallow’s aerial acrobatics.

Alexander Dececchi at Mount Marty University in Yankton, South Dakota, and his colleagues analysed the fossilized remains of two species of feathered dinosaur, Yi qi and Ambopteryx longibrachium. Both lived in what is now China some 160 million years ago, and both weighed less than one kilogram.

These little reptiles might have been able to glide — poorly. Laser-stimulated fluorescence, an imaging technique that uses lasers to excite atoms, which then emit light, revealed details of the skin between Yi qi’s elongated digits that suggest the creature had membranous wings. Mathematical models of the performance of these ‘wings’ suggest that the dinosaurs would have been able to glide only short distances and that they are unlikely to have been capable of flapping or powered flight. They probably walked relatively slowly on the ground and therefore lived their lives in trees.

Perhaps unsurprisingly, this lineage quickly went extinct, leaving the skies to the ancestors of today’s birds.