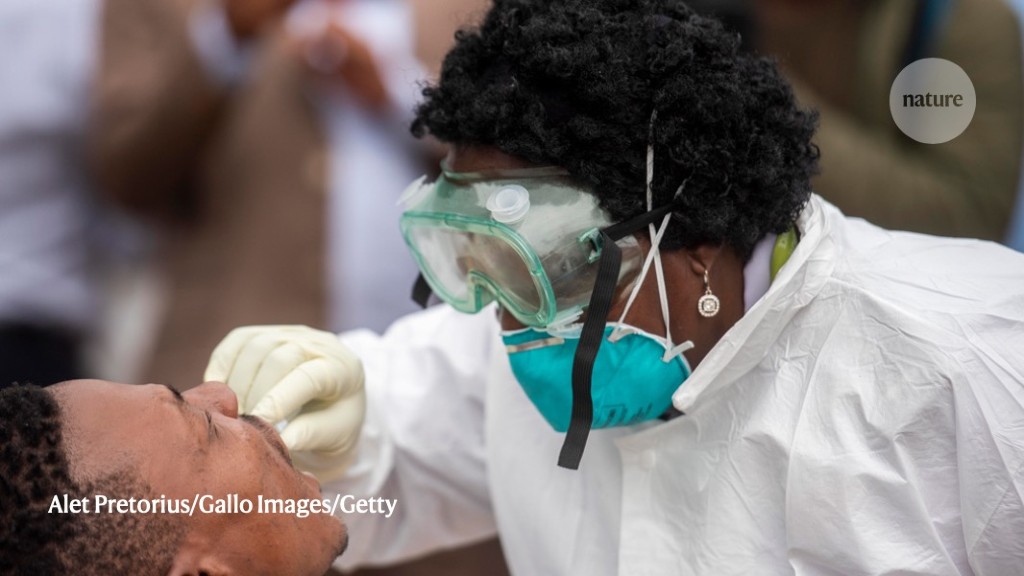 The World Health Organization says it wants many more African nations to participate in its SOLIDARITY trial, a global study of four potential COVID-19 treatments. The call comes as a new international consortium of researchers urges faster action on clinical research in countries with weak health systems — and offers to help coordinate the process so that researchers from Africa can more easily join.

Of the more than 300 clinical trials that have launched to find a treatment for COVID-19, most are in China and South Korea. And more are on the way in the European Union and the United States. But very few are taking place in Africa, Latin America and south and southeast Asia — where the virus could surge next.

“The situation is that we are running out of time,” warns Nathalie Strub-Wourgaft of the the Drugs for Neglected Diseases initiative (DNDi), a non-profit research organization based in Geneva. The DNDi is a member of the new COVID-19 Clinical Research Coalition that launched on 2 April. The consortium comprises universities and research organizations around the world, as well as philanthropic research-funding organizations, including the Bill and Melinda Gates Foundation in Seattle, Washington, and Wellcome in London.

The SOLIDARITY trial, which was announced on 18 March by WHO director-general Tedros Adhanom Ghebreyesus, aims to compare the effectiveness of four drugs and drug combinations in treating COVID-19. By combining the results from many separate studies that adhere to the same protocol, the WHO hopes to glean strong evidence as a result of a large sample size.

The organization is looking to recruit several thousand participants. Early trial entrants are from Europe, where countries have some of the highest COVID-19 cases. But so far, the only country in Africa to have formally joined the trial is South Africa. Senegal and Burkina Faso — which have some of the most COVID-19 cases in the continent — are in the process of being enrolled. In total, some 25 countries have expressed an interest, a WHO spokesperson says. But delays in securing supplies and expertise, as well as in regulatory processes, could hinder trial launches in the weeks to come. That’s a matter of concern to Michel Yao, WHO’s programme manager for emergency response in Africa. He says, “It’s important that we get as many African countries as we can.”

On 3 April, the WHO will unveil a website dedicated to providing national health agencies with necessary information on SOLIDARITY.

The agency’s chief scientist, Soumya Swaminathan, says that countries should not hold back because of costs, and that the WHO can assist where countries lack funds. The trial is relatively simple and can be administered by existing hospital staff treating patients with COVID-19, she adds.

The four therapies — some used extensively in Africa — that the WHO chose for its trial are remdesivir, an experimental antiviral drug; chloroquine, which has previously been used to treat malaria; a combination of lopinavir and ritonavir, used to treat AIDS; and that combination plus interferon beta. They were recommended following a meeting of infectious disease experts called by the WHO in February.

Appropriate public sector authorities in each participating country must clear these drugs so that they can be imported, and the trial must be vetted by regulators for safety, and by ethics-review boards. The COVID-19 Research Coalition is ready to help, says Strub-Wourgaft — for example, by sharing expertise in navigating approvals processes.

At the same time, countries are moving ahead with their own trials. Nigeria, which has 174 confirmed cases and 2 deaths, is planning to conduct a trial using chloroquine — announced before the launch of SOLIDARITY — as the drug is cheap and available, says Chinwe Ochu of the Nigeria Centre for Disease Control in Abuja.

Similarly, in Kenya — where there are 81 reported cases and 1 death — a research team from the University of Nairobi’s Kenya AIDS Vaccine Initiative Institute for Clinical Research is identifying candidates for a future national vaccine trial, says Marianne Mureithi, a postdoctoral researcher and member of the team. In North Africa — which, with 2,772 confirmed cases and 163 deaths, outnumbers all other regions in Africa – Egypt’s National Research Centre in Cairo is also beginning work on a vaccine, says Mohamed Ahmed Ali, head of the centre’s virology laboratory.

“There are so many questions around this virus, especially as it pertains to us in Africa,” Ochu told Nature. “We still have a lack of data between the association of high temperatures and humidity on the impact of spread. These are all things we’d like to explore in our own context.” Ochu says that it is impossible to study the outbreak in Africa without looking at socioeconomic determinants, such as health care, access to water, climate and geography.

Treatments and clinical procedures that aren’t included in SOLIDARITY are also important to consider, says Strub-Wourgaft. Drugs in the trial might become harder to obtain because of demand from wealthier countries. And Evans Amukoye, a paediatric pulmonary researcher at the Kenya Medical Research Institute in Nairobi, says that some of those drugs could be hard to administer in low-resource, rural settings. Or they might have adverse effects in people with other health problems. For example, people with HIV who are already on antiretrovirals might not take well to the combination of lopinavir and ritonavir.

But Swaminathan says that if therapies not included in the trial prove successful, the WHO might add them to SOLIDARITY. “It is designed so that more drugs can be added,” she says.