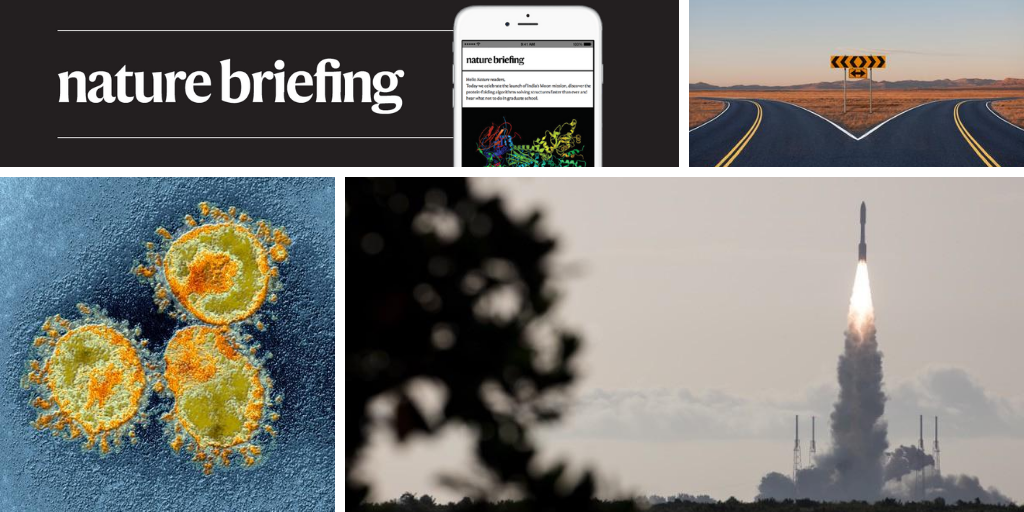 The biggest, most complex rover ever sent to Mars is now on its way, following the successful launch of NASA’s Perseverance mission. The rover will be the first mission ever to attempt to collect rock samples to return to Earth; it will also search for signs of ancient alien life, launch the first helicopter on the red planet and use microphones to capture Mars’s sounds. “Returning samples will be the first time we will have done a round trip to Mars,” says former astronaut John Grunsfeld. “That’s important because it’s a metaphor for human space flight. Most astronauts who go to Mars are going to want to come back.”

Researchers have pinpointed the origin of Stonehenge’s giant sarsen stones after a sample that was taken from the site more than 60 years ago was finally returned. A detailed geochemical analysis of the sample, a tube-shaped core that was drilled from one of the stones in 1958, compared its trace-element levels with those of rock samples from sites across southern England, and researchers concluded that it came from an area near Marlborough, 25 kilometres away from Stonehenge. “What it really brings home for me is the Herculean effort that went into making this structure in a reasonably short time window,” says physical geographer David Nash. Other mysteries remain, including how Neolithic architects were able to transport the 20-tonne stones.

The proportion of children around the world that have dangerous levels of lead in their blood. (The Guardian | 6 min read)

Virologists are debating whether to establish a standardized system for naming virus species later this year. Some say that the current way in which viruses are named is disorganized, and that there is a pressing need for clearer rules. But others argue that now is not the time to engage in an academic discussion over naming conventions. “It is obviously good and correct to have a standardized classification scheme for naming virus species, as the current ‘system’ is utterly chaotic,” says virologist Edward Holmes. But the effort “can hardly be classed as ‘urgent’ compared to a global pandemic”, he adds.

Coronaviruses with the potential to infect humans might have been circulating in bats for many years. Researchers compared the genetic make-up of the coronavirus that causes COVID-19 to related bat viruses and found that one of the closest known ancestors of SARS-CoV-2 emerged in these animals between 40 and 70 years ago. “This is significant in pointing to the scale and nature of the problems that zoonotic transmission presents to humans,” says biologist Mark Pagel. “There may be numerous and as yet undetected viruses capable of infecting humans that reside in animal hosts.”

Twenty public-health experts, from clinicians to epidemiologists, historians and sociologists, discuss the situation in the United States, where the coronavirus has left no corner of the country untouched. They say local restrictions need to be tightened, testing must become targeted and masks should not be politicized. People of colour, who will continue to be disproportionately affected by the pandemic, also need to be a target of interventions. “By the time that minority patient sets foot in a hospital, he is already on an unequal footing,” says Elaine Hernandez, a sociologist at Indiana University.

Many PhD students are facing tough choices about their future as the pandemic causes laboratory shutdowns and cancelled fieldwork. Walking away without a doctorate will be the right choice for some people, but it’s important to ask the right questions before making a decision. “Students need to separate the fake and real reasons for leaving,” says strategy adviser Shane Huntington.

Scientists have used seismometers — which are designed to measure motion of the ground — to study the northern lights (also known as aurora borealis) for the first time. (USA Today | 2 min read)