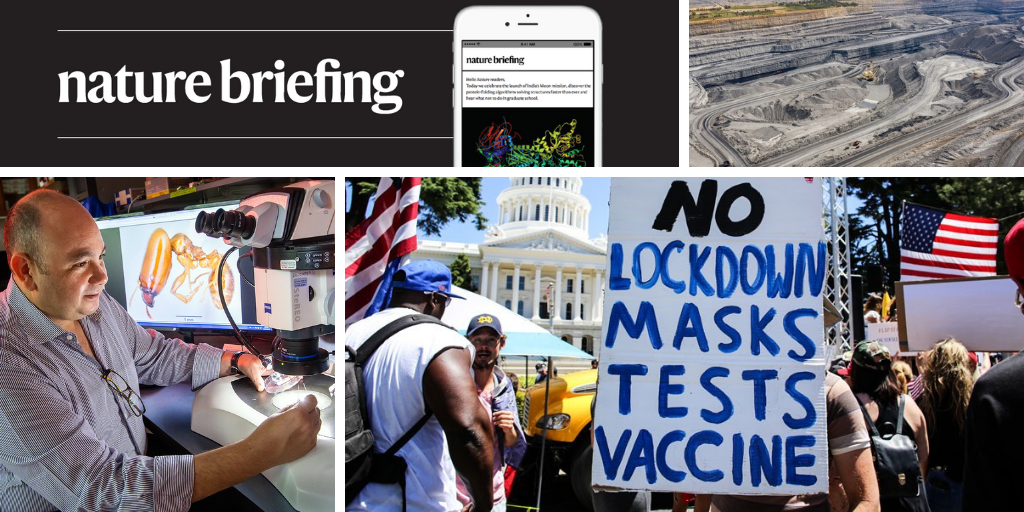 Several ongoing coronavirus-vaccine trials — from Moderna, Pfizer and the University of Oxford–AstraZeneca — could announce game-changing results next month. Here are the areas that scientists are watching closely:

• Whether the vaccines will clear safety trials.

• What efficacy is achieved: makers are aiming for the vaccines to stop at least 50% of vaccinated people from getting symptomatic COVID-19, but are hoping for an efficacy of 60% or greater.

• Whether any vaccine will reduce severe disease and death. Study protocols revealed that the trials are designed to test whether the vaccines reduce cases of symptomatic COVID-19, not cases of severe disease.

• The level of transparency about any adverse effects experienced by trial participants. The Oxford–AstraZeneca trials remain paused in the United States over safety concerns, but have restarted in other countries and details have been thin. Scientists say openness is essential to maintain public trust.

• Fears that political meddling could see a vaccine approved for emergency use without sufficient evidence that it works. Especially in the United States, where the process has become part of intense political debate in advance of the impending presidential election.

Songbirds in San Francisco, California, sang at lower volumes during the time people stayed home because of COVID-19. The urban birds’ calls became higher quality, too, because they were not fighting to be heard. “The songs didn’t change as much as we predicted — they changed even more,” said behavioral ecologist Liz Derryberry . “It highlights just how big of an effect noise pollution has.”

Neanderthals’ Y chromosome looks a lot like ours, despite much of their nuclear genome more closely matching a different human lineage, the Denisovans. The mystery persisted because very few complete male Neanderthal genomes have been recovered. Now researchers have used an innovative technique to probe some partial male Neanderthal genomes. The scientists found evidence that early modern human men mated with Neanderthal women more than 100,000 but less than 370,000 years ago, and their sons passed the modern Y through their offspring, replacing the Neanderthal Y.

More than 200,000 people have died from COVID-19 in the United States, and the global death toll is fast approaching one million. But those shocking numbers can be difficult to digest for a number of reasons, say psychologists. Human brains aren’t wired to comprehend such big numbers. And counter-intuitively, more tragedy can bring about apathy, a phenomenon called ‘psychic numbing’. The duration of the pandemic can also dull the sense of shock. One way to avoid compassion fatigue is to imagine people with faces and families, says psychologist Paul Slovic. “Someone once observed, ‘Statistics are human beings with the tears dried off’,” he says.

Artificial-intelligence (AI) researcher Regina Barzilay is the first winner of a new US$1-million prize, the Squirrel AI Award for Artificial Intelligence for the Benefit of Humanity. Barzilay shares how her own breast-cancer diagnosis prompted her to start researching the ways AI can be better used in medicine, and some reasons why the field has not yet significantly contributed to COVID-19. “There are lots of areas where AI still isn’t making a difference but could be,” says Barzilay. “We need to give doctors reasons to trust AI.”

Andrew Robinson’s pick of the top five science books to read this week includes a call to think internationally to end climate change, the wonder of flies and the fourth wave of globalization.

For decades, researchers have attempted to create crystals with a diamond-like structure using small colloid particles. Now, a team thinks they’ve cracked it, which could open the door for new optical technologies. Plus, rapid antigen tests for coronavirus and controlling cellular death.

Evolutionary developmental biologist Ehab Abouheif is intrigued by how wing buds affect the growth of ants’ heads and bodies. “The ant on my screen here belongs to the species Pheidole absurda, so named because their heads are so absurdly large relative to their bodies,” says Abouheif. “I focus on how genes that control body development give rise to animals’ diversity of form.” In ants, the same genes produce dramatically different outcomes — from queens to workers and ‘supersoldiers’. The closed border between the United States, where Pheidole ants live, and Canada, where Abouheif works, has added extra uncertainty to his research. (Nature | 3 min read)

NASA will announce an ‘exciting new discovery about the Moon’ on Monday
Math Shows How The Composition Of Landscape Paintings Changed Over Time
Intelsat rejects $1.8 billion SES claim for C-band clearing payments
That missing iPhone 12 charging plug is poised to provide a boost to one of Apple’s hottest growth areas
Amazon launches one-hour grocery pickup at all U.S. Whole Foods stores