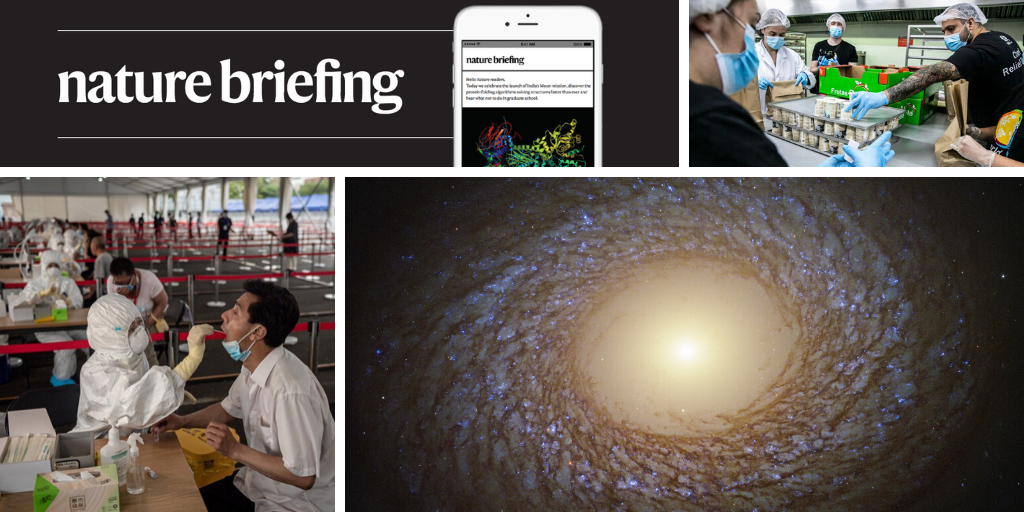 Last month, Spain launched a website offering monthly payments of up to €1,015 (US$1,145) to its citizens to spend however they choose. Economists welcomed it as the largest test yet of an idea called universal basic income (UBI). The government estimates that the scheme will cost at least €3 billion per year. Evidence from smaller trials of UBI indicates that the benefits could include better health and higher school attendance. But the scheme is not truly universal — it’s only for 850,000 of the nation’s poorest families. Critics worry that the income limit will create a disincentive to earn more that would act as a ‘poverty trap’ and tarnish the natural experiment.

A survey of PhD students in Australia suggests that many are facing dire financial situations in the wake of the pandemic. Of the 1,020 students at the University of Sydney who responded to the survey, three-quarters anticipate financial hardship, and 45% expect to be forced to suspend or withdraw from their studies in the next six months owing to lack of funds. Almost one-fifth of the respondents said they can’t afford necessities such as medicines and utilities bills, or expect to face those financial struggles within six months.

Wild bison will soon be roaming in the United Kingdom for the first time in 6,000 years. One male and three female European bison (Bison bonasus) will be released in a forest in Kent and allowed to breed naturally to slowly repopulate the land. Conservationists hope that the bison will act as keystone species, remaking the forest with their activity to encourage broader biological abundance.

The mathematical strategy that could transform testing

Health officials have started using a strategy that was first proposed in the Second World War: group testing. China, India, Germany and the United States are already using the approach. Four charts show how pooling samples from many people can hunt down individual cases using less time, chemical reagents and money.

Mission to trace the animal origin of COVID-19

The World Health Organization is sending scientists to China this weekend to investigate the origins of the COVID-19 outbreak. “It will be the first, unbiased effort to communicate with Chinese scientists and public-health leaders on this very sensitive and politicized issue,” says zoologist Peter Daszak, the president of EcoHealth Alliance in New York City. Researchers have urged investigators to focus on activities linked to the wildlife trade, keep open minds and look beyond national borders. Most researchers agree that SARS-CoV-2 probably originated in horseshoe bats, but the route it took to get to humans remains a mystery.

The cells of 20-50% of people who have not had COVID-19 show some immune response to SARS-CoV-2. Scientists hypothesize that the T-cell reactivity in some people reflects exposure to other circulating ‘common cold’ coronaviruses (there’s no implication that SARS-CoV-2 existed in humans before the current pandemic). A similar effect seems to have occurred in the H1N1 influenza pandemic of 2009, when older people fared better than younger adults, possibly because of the circulation of a different H1N1 strain decades earlier. More research is needed to determine whether the immune response might change how people get COVID-19, or how it might influence epidemiological modelling.

A new book by planetary scientist Sarah Stewart Johnson is a vivid history of humanity’s efforts to understand the red planet, writes reviewer Alexandra Witze. Through a mix of personal memoir and scientific primer, she illuminates the history of astronomers and explorers who have been fascinated by this neighbouring world, known to the ancients as a ruddy dot shining in the night sky.

The United Arab Emirates (UAE) plans to launch its Mars-orbiter mission sometime during a three-week window starting on 15 July. The Nature Podcast team spoke to the mission leaders about how they reached the cusp of launch, in cooperation with international scientists, in less than six years. The mission is “not only a declaration of the UAE arriving to Mars”, says Sarah Al Amiri, the science lead for the project and the country’s minister for advanced sciences. It is “a mission that has global impact and has global outcomes”.

Subscribe to the Nature Podcast on iTunes, Google Podcasts or Spotify.

Image of the week

We are launching an Arabic edition of Nature Briefing. Every week for the next six months, the Arabic edition will help you stay up to date with the latest developments and news in science.

TikTok threatens legal action against Trump’s executive order, saying it sets a ‘dangerous precedent’
U.S. military space architecture to bring in commercial systems, small satellites
‘We’re in one of the cataclysmic times of change’: first female NSF director on discrimination and COVID-19
Saudi Aramco profit drops 50% for first half of the year as pandemic batters oil price
Back To The Drawing Board: Why SpaceX Success Demands NASA Revolution