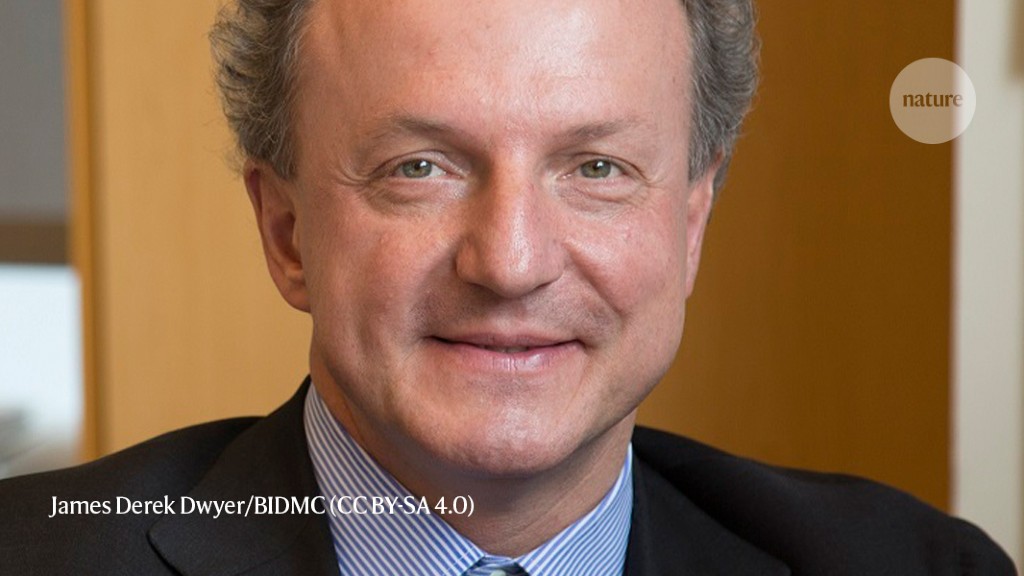 An Italian scientific institute has reversed its decision to appoint a high-profile cancer researcher — Pier Paolo Pandolfi — as its scientific director after a tumultuous month of protests and accusations. The row over Pandolfi, who admits one instance of sexual harassment and has been accused of scientific misconduct in his research papers, resulted in the resignation of the entire scientific board of the Veneto Institute of Molecular Medicine (VIMM) in Padua.

Pandolfi was director of the cancer-genetics centre at Harvard University’s prestigious Beth Israel Deaconess Medical Center (BIDMC) in Boston, Massachusetts, until last year, and has made discoveries about the molecular mechanisms and genetics underlying some cancers. Since May, reports that he had been accused of sexual harassment have appeared online. Meanwhile over the past seven years, anonymous commenters on the website PubPeer, which hosts discussion about published research results, have raised questions about the integrity of some of Pandolfi’s papers.

Pandolfi admits to the inappropriate pursuit of a postdoctoral researcher at Harvard, for which he says Harvard investigated him. He says the incident was isolated and he has received counselling, and he resigned from Harvard last December. He denies the accusations of research misconduct in his work but says that he will review any papers under scrutiny.

The foundation that funds the VIMM chose Pandolfi as the institute’s scientific director on 20 May. That decision sparked protests by the institute’s entire scientific advisory board, which includes two Nobel prizewinners. The members resigned en masse on 25 June after the appointment was confirmed. However, the board members say that although they were aware of the allegations against Pandolfi, their mass resignation was protesting the fact that they had not been consulted in the appointment procedure. Many of the institute’s principal investigators also said that they had not been consulted despite the institute’s statutes requiring this, and said that the concerns about Pandolfi should have been investigated before any appointment was made. The interim scientific director of VIMM, Luca Scorrano, resigned on 22 June over the situation.

Giving advice on the appointment of key scientific staff is a central role of such boards, says Wolfgang Baumeister, chair of VIMM’s scientific advisory board, and a director of the Max Planck Institute of Biochemistry in Martinsried, Germany. So the fact that the foundation appointed Pandolfi without consulting the board was “totally unacceptable to all of us”, he says.

“There should have been more investigation before making the appointment,” says board member Aaron Ciechanover, a biochemist at the Technion — Israel Institute of Technology in Haifa, and co-winner of the 2004 Nobel Prize in Chemistry.

Under pressure from the scientists and from the Italian media, which has reported on the allegations, the foundation reversed its decision on 30 June. In a statement, the foundation’s directors said that rescinding the appointment became “necessary, after learning the story in which Prof. Pandolfi was involved in Harvard University, of which the Foundation had not been informed”. Installing him in the position would compromise “the image and reputation of the Institute, its researchers and supporters”, the statement says.

The foundation’s president, Francesco Pagano, a urologist who made the decision to appoint Pandolfi together with the foundation’s executive board, says that Pandolfi had not told him or the foundation about the allegations against him when he made the appointment and that he first learned about them from the press.

Pagano, who is chair of the executive board, says that, according to the institute’s statutes, the scientific advisory board is only a consulting body for scientific questions, and that the principal investigators were consulted appropriately.

When it comes to the harassment, Pandolfi says that the incident in which he pursued the postdoc was isolated. “It was romantic, not sexual — and it was the biggest mistake in my life,” he says. He says that an internal Harvard investigation, which concluded in July, referred him to an external service for evaluation and coaching. Harvard declined to comment on whether it had investigated Pandolfi because it said it does not comment on personnel issues, but it confirmed that he is no longer affiliated with the BIDMC.

The postdoc, who asked not to be named to protect her career, told Nature that starting in the autumn of 2018 Pandolfi told her he was in love with her and frequently sent her personal e-mails declaring his feelings. He also organized “too many one-to-one meetings where he talked about his feelings for me”, she says. She adds that she told him to keep their relationship professional, but to no avail. “It was embarrassing, horrible and I was not able to work.” The postdoc was transferred to a different research group after she reported his behaviour in April 2019.

Pandolfi says the evaluation service deemed him fit to resume work and oversee his research but recommended professional and psychological coaching. He says the coaching, which he began in September, was useful.

Pandolfi denies all allegations of misconduct in his research papers. Most allegations suggest that images of molecular assays contain duplication or inappropriate altering. On 29 May, Baumeister asked for advice from Enrico Bucci, a science-integrity expert in Samone, Italy. Bucci examined 33 papers co-authored by Pandolfi that had received comments on PubPeer. He considers 13 of these studies to have serious problems. Pandolfi is corresponding author on eight of these.

Pandolfi says that his laboratory is extremely careful to maintain and present its data correctly. But he says he will look again at the papers under scrutiny and make any corrections that might be necessary. “I take this very seriously,” he says.

Pandolfi says he resigned from Harvard because he wanted to return to Italy. He took on a part-time faculty position at the multidisciplinary Desert Research Institute in Reno, Nevada, in May, but resigned from the post on 30 June, after the VIMM foundation reversed its decision.

The rescinding of the appointment does not change the fundamental concerns of the newly resigned scientific advisory board about the governance of VIMM, says Marino Zerial, a board member and director at the Max Planck Institute for Molecular Cell Biology and Genetics in Dresden, German. “The affair shows that a new governance structure is needed at VIMM to assure more transparency,” he says. Pagano did not respond to Nature’s request for comment on the VIMM’s governance.

As Trump bans WeChat, some in China turn to encrypted messaging app Signal
Trump’s ban of Chinese apps has lots of precedent in other countries, and Apple and Google comply
Perseid Meteor Shower Peaks As Waning Moon Meets Venus: What To Watch For In The Night Sky This Week
How sustainability vets align their work-life identities
Rocket Lab ready to attempt Electron booster recovery