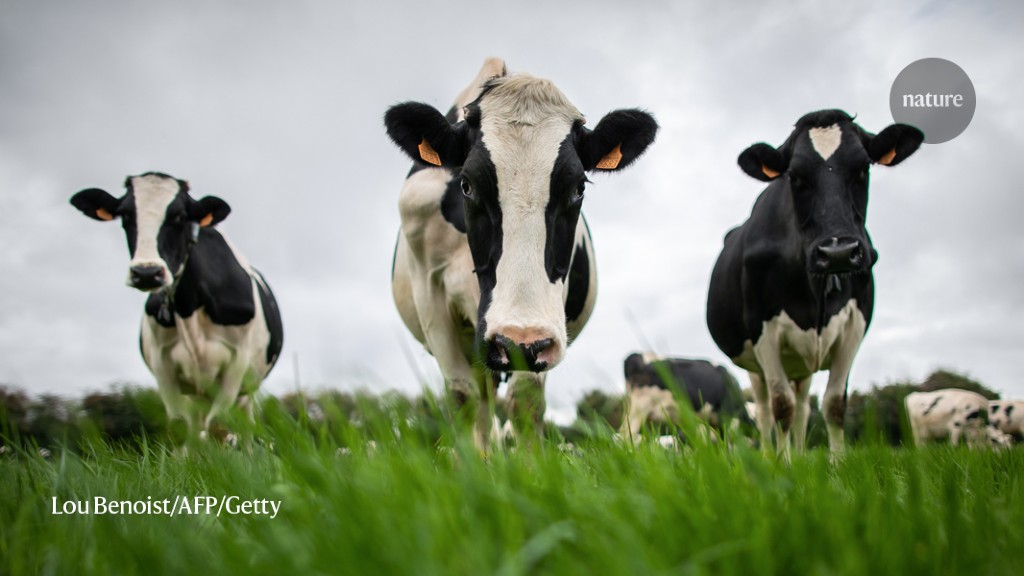 Global methane emissions have risen nearly 10% over the past two decades, resulting in record-high atmospheric concentrations of the powerful greenhouse gas.

In 2017, the latest year for which comprehensive data are available, global yearly emissions of the gas reached a record 596 million tonnes, according to scientists with the Global Carbon Project, which tracks changes in greenhouse gases.

Annual emissions have increased by about 50 million tonnes from the 2000–06 average, mainly driven by agriculture and the natural-gas industry, the scientists report in two papers1,2 on the global methane budget, released on 14 July. Atmospheric concentrations of the gas — 1,875 parts per billion last year — are now more than 2.5 times above pre-industrial levels (see ‘Record high’).

Methane, an odourless gas, comes from several natural and anthropogenic sources. It is an important contributor to global warming because it traps heat in the atmosphere. It is also involved in ground-level formation of ozone, which is an air pollutant and bad for human health.

Methane’s atmospheric lifetime — around 12 years — is much shorter than that of carbon dioxide, which lingers for more than a century. But methane is, per unit, more than 20 times as potent than CO2 as a greenhouse gas. That means that over a 20-year period, the global-warming potential of one tonne of atmospheric methane is similar to that of around 85 tonnes of CO2, according to the Intergovernmental Panel on Climate Change. When looking at its impact over 100 years, one tonne of methane is still equivalent to about 28 tonnes of CO2.

The scientists found no evidence that emissions from wetlands or other natural sources had increased substantially from the 2000–06 average. But emissions from agriculture — driven by rising red meat consumption in some parts of the world — rose by almost 12%, to 227 million tonnes in 2017. Fossil fuels — including natural-gas fields and leaking pipelines — contributed 108 million tonnes of methane emissions in 2017, a rise of 17%.

Livestock farming and oil and gas production are clearly two engines powering rising methane emissions, says Robert Jackson, an Earth-systems researcher at Stanford University in California who chairs the Global Carbon Project and is a co-author of both papers. “People may joke, but cows and other ruminants burp as much methane as the oil and gas industry,” he says.

The reports find that emissions have increased in most regions, and most markedly in Africa, the Middle East, China and South Asia. Europe is the only region where methane emissions seem to have dropped in recent years, thanks to declining cattle numbers and policy efforts to reduce emissions such as from landfills and manure.

SES orders four more O3b mPower satellites from Boeing
What switching to satellite offices could mean for sustainability
A Spacetime Surprise: Time Isn’t Just Another Dimension
Humans Have Been Making Poison Arrows For Over 70,000 Years, Study Finds
Perseid Meteor Shower Peaks As Waning Moon Meets Venus: What To Watch For In The Night Sky This Week