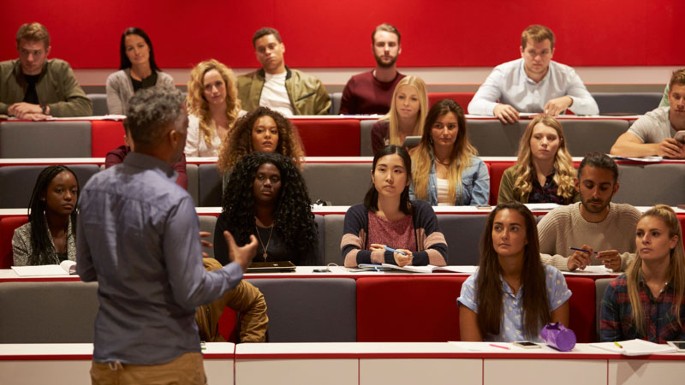 In 2016, I was teaching an undergraduate chemistry class at Central Washington University in Ellensburg and, after grading the first exam, noticed that some international students were failing the course. They sat together in class, and I presumed that they were friends or study partners. One of them spoke to me about his grade and how to proceed. After a brief discussion, I understood that these students were clearly motivated and knowledgeable, but struggled with written and spoken English. This was a particular problem in my classes, in which many exam questions needed to be answered with a written paragraph, rather than through multiple-choice selection or a calculation. It was clear that I needed to make the content more accessible to them, without reducing the academic rigour of my course.

My student gathered his friends, and they discussed the course material with me — as a group — at least twice per week for the remaining seven weeks of the course. Together, we worked out how they could explain as much as possible using diagrams and graphs, and minimal text, to reduce the amount of writing required for the exams. For example, when asked to explain how salt precipitates proteins, students could draw a schematic. This schematic could first include a cartoon of a protein molecule — a sphere with positive and negative surface charges — and a surrounding layer of water; then, a second sketch could show the removal of the water layer by NaCl, enabling water-free protein molecules to aggregate. As long as their drawing could communicate the same understanding of the science as an essay-style answer could, I was perfectly happy to award the marks in an exam.

I agreed to speak with these international students individually after each exam, so that they could explain their answers to the more-difficult questions if they had encountered problems while articulating their answers in writing. I began more frequently including diagrams and graphs, which were often devised during my regular sessions with the international students, in my lectures with the entire class, and told all of my students that this was a legitimate way to answer ‘written paragraph’ questions in less time.

Some might see this as preferential treatment. I don’t agree: I was simply trying to level the playing field for all students, and would have happily hosted similar sessions for native English speakers if they had some systematic difficulty. In fact, I did host weekly evening study groups, open to the entire class. My sessions with the international students benefited the rest of the group; all students appreciate the opportunity to give a concise pictorial or graphical answer where possible. Generally, thanks to my change in lecturing, students were able to manage their time better in the exams, and received grades based on their knowledge of the course content, rather than their speed-writing aptitude. I fully understand how difficult it can be for new university students to work through answers to difficult content, and articulate these answers concisely and logically.

These course-presentation and exam-preparation strategies raised grades across the entire section — perhaps by 5% overall. How did my international students perform? They ended up with mostly proficient and some average grades; immeasurably better than the four failures they were on track to receiving, and which would not have reflected their talent or enthusiasm. By collaborating with my international students to help them learn and articulate the content, I helped the entire class.

I hope this story is one more reason why university lecturers — and teachers in general — shouldn’t adopt a ‘sink or swim’ attitude in their teaching. There are many reasons why some of your students might not be succeeding in your course. Don’t assume they’re incapable or lazy. Reach out to your students, seek out their feedback, collaborate with them and show genuine empathy. You might reach a lot of serious and able students who would have otherwise unnecessarily fallen through the cracks.