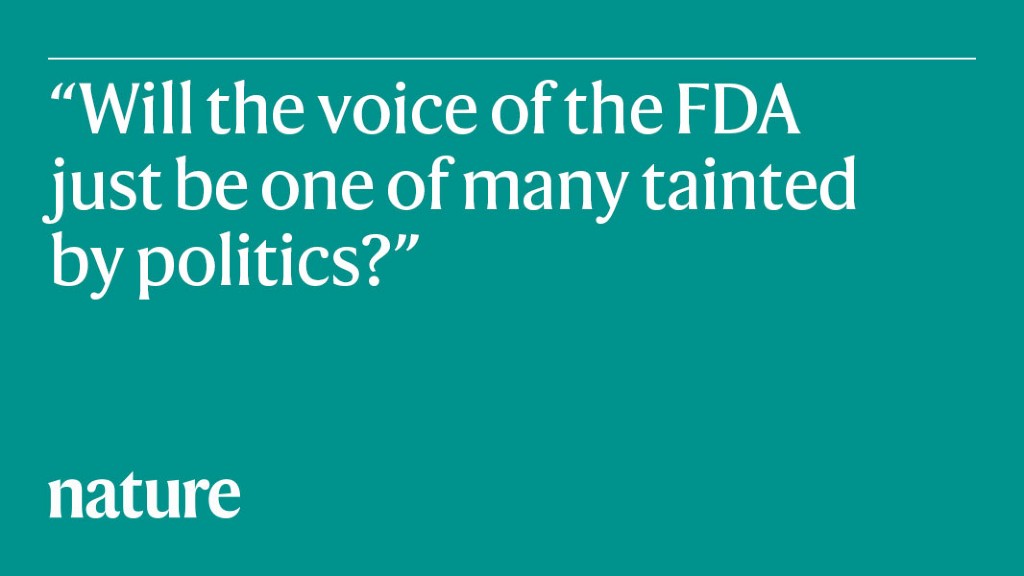 On my first day as acting commissioner of the US Food and Drug Administration (FDA), in March 2009, I walked into an agency that was under a cloud. That month, news reports had alleged that the FDA had stumbled in its crucial role of protecting the US public from unsafe treatments, because it had cleared a medical device for use in patients after “a lobbying campaign that overcame repeated rejections by scientists”. I decided to investigate whether the agency’s integrity had indeed been compromised by politics. Doing so meant first answering this question: what is meant by integrity at the FDA?

Today, the answer is more crucial than ever. In April this year, a whistle-blower lawsuit was filed alleging inappropriate pressure from the White House to promote an unproven treatment (the malaria drug hydroxychloroquine) for COVID-19. Under pressure from President Donald Trump, the FDA had issued an emergency-use authorization for the medication in March, only to backtrack weeks later.

In August, the FDA commissioner, Stephen Hahn, stood with the president on the eve of the Republican National Convention to announce the authorization of convalescent plasma as treatment for COVID-19. The president made misleading statements about the evidence supporting this treatment and asserted without evidence that FDA staff were holding up approvals for political reasons.

To define integrity at the FDA a decade ago, I turned to the agency’s chief scientist, top lawyer and leading policy official. They set out three criteria (see go.nature.com/2gx1hz). The first was that decisions should be “based on a rigorous evaluation of the best available science”, drawing on “appropriate expertise, including the use of advisory committees”. Today, the agency has yet to consult such a committee for a major decision on COVID-19. Instead, criticism of FDA actions from non-agency scientists, including the leaders of the US National Institutes of Health, has filtered into news reports, sowing doubts about whether potential risks and unintended consequences have been properly considered. 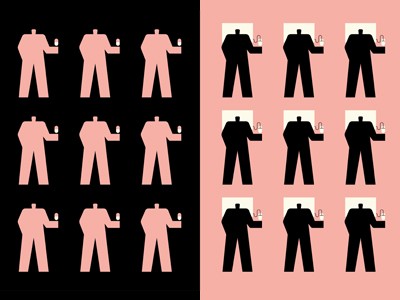 The second criterion was that decisions should be “reached and documented through a process that promotes open-mindedness”, with the “bases of final decisions and processes for decision-making … adequately documented and explained”. In other words, transparency is crucial to integrity; without seeing the evidence and hearing the reasoning, people often assume the worst.

Globally, the lack of transparency about decision-making is eroding trust in many governments whose response to the pandemic has been poor. The FDA has disclosed little about how it is making decisions, squandering the chance to build up understanding and support. During my time at the FDA, agency leaders met challenges, such as debates about the safety of diabetes medicines, by releasing detailed memos, publishing explanatory articles in medical journals and giving press interviews.

The third criterion of integrity was that decisions should be “made without inappropriate or external interference”. It stipulated that “data and opinions are not suppressed, distorted, or manipulated” and that “pressure from external persons does not influence the regulatory decision”.

There can be no doubt that Trump’s attacks aim to influence decision-making at the agency. Last month, he alleged, without evidence, that “the deep state, or whoever, over at the FDA” is stalling interventions for COVID-19. His chief of staff has publicly stated that the president wants the agency to “feel the heat”. 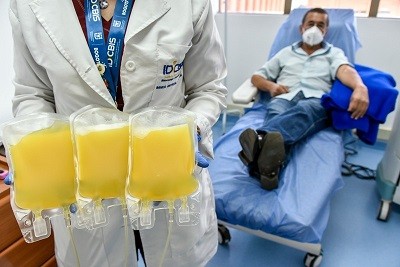 Back in September 2009, the FDA released preliminary results of its investigation into the clearance of the controversial device (see go.nature.com/3jan9nj). The report detailed multiple departures from “processes, procedures, and practices” during review, the exclusion of key staff from the scientific debate, and a “failure to respond appropriately to external pressure on decision-makers”. The agency, led by Margaret Hamburg (I was then principal deputy commissioner), took the conclusions seriously. We moved to revoke the clearance, pledging to close identified gaps and improve the review process for all medical devices. Charles Grassley, Republican senator for Iowa and a frequent FDA critic, stated: “The kind of reflection and the commitment to action made in this report is key to the FDA building public confidence.”

How can the FDA defend its integrity today? One positive sign is Hahn’s commitment to hold an advisory-committee meeting before approving or authorizing a vaccine for COVID-19. Hahn has also stated on several occasions that the agency will make decisions only on the basis of “good science and sound data”. Beyond anodyne assurances, however, Hahn should reject political pressure from the White House; set out in detail the process for vaccine review; and commit to releasing key data and decision memos.

Integrity is central to the FDA’s credibility. Patients and clinicians treating COVID-19 are already making judgement calls with limited evidence. Soon, amid a cacophony of misinformation and confusion, amplified by political polarization and social media, Americans will have to weigh the merits of vaccination. Will the voice of the FDA just be one of many tainted by politics? Or can it provide the clarity that the moment demands?

With the number of US deaths from COVID-19 approaching 200,000, the integrity of the country’s leading public-health regulatory agency is more than an abstraction; it is a matter of life and death.

Here are the detailed and risky steps NASA needs to take to land on the Moon by 2024
450-Million-Year-Old Fossil Named After Actor Who Played ‘Doctor Who’
ESG investments: Exponential potential or surfing one wave?
A strange, glowing ultraviolet aurora has just been detected around a comet
Iceye raises $87 million in Series C investment round