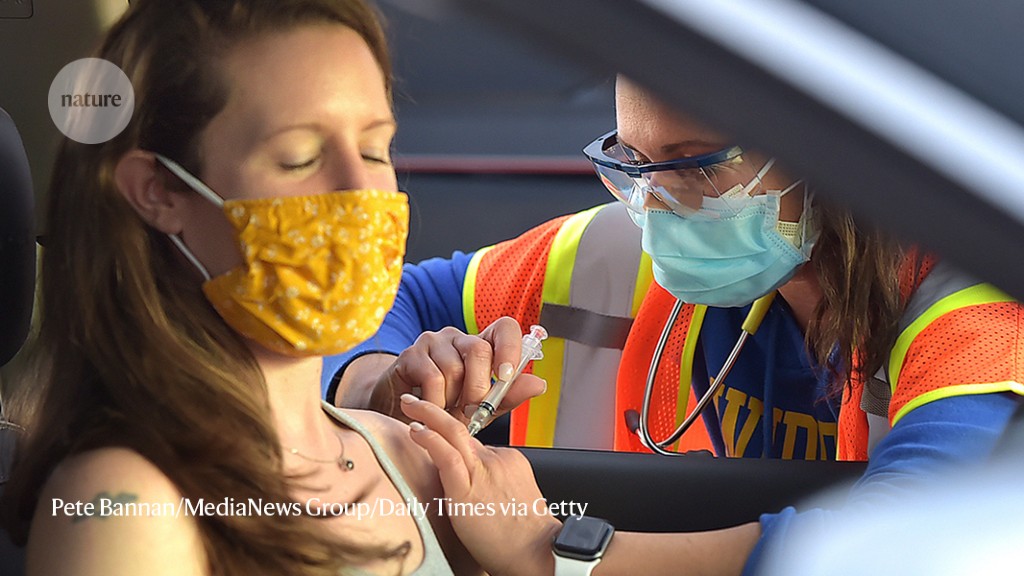 In a historic move, the US government has today announced its support for waiving patent protections for COVID-19 vaccines, a measure aimed at boosting supplies so that people around the world can get the shots. “The extraordinary circumstances of the COVID-19 pandemic call for extraordinary measures,” said US Trade Representative Katherine Tai in a statement.

The move comes on 5 May, the first of a two-day meeting of the general council of the World Trade Organization, based in Geneva. Until now, the United States, the European Union, the United Kingdom and Japan have blocked efforts, brought by India and South Africa, to make it legal for manufactures to produce generic versions of COVID-19 vaccines.

Former US presidents from both parties have staunchly defended intellectual property rights, so the move has shocked people on both sides of the debate. “This marks a major shift in US policy in a pro-public health way,” says Matthew Kavanagh, a global health researcher at Georgetown University in Washington, D.C.

Kavanagh is part of the growing chorus of health policy and global health researchers advocating for patent waivers, as the gap between vaccination rates in rich and poor nations grows larger every day. Fewer than 1% of people in low-income countries have received COVID-19 vaccines. The researchers are quick to note, however, that a waiver on patents covering all aspects of COVID-19 vaccines would be just the first step in ramping up vaccine supply.

“It’s a 1-2-3,” explains Rachel Cohen, the US director for the non-profit organization Drugs and Neglected Diseases initiative, based in New York City. “First we need to remove patent obstacles, second we need to transfer the knowledge on how to make them, and step three is a massive investment in manufacturing capacity.”

And at the moment step one is far from complete. The World Trade Organization will only negotiate the details of which patents to adjust after all its member countries agree on some sort of waiver. Health policy analysts speculate that other countries will follow in the footsteps of the United States, although the European Union may hold out beyond the end of the second day of the meeting on 6 May. If a consensus is reached, South Africa and India have proposed waivers on patents around vaccines, as well as COVID-19-related medical devices, drugs and diagnostic technologies. So far, Tai’s statement only mentions vaccines.

Drugmakers and others who oppose the measure say that waivers sabotage companies’ enormous investments in drug and vaccine development, which are compensated by their ability to set the price on products that they exclusively own. Normally, patents reward pharmaceutical companies by protecting their inventions from competition from generics for a limited time — US patents on drugs typically last 20 years.

Drug companies aren’t the only opponents of the measure. In a 25 April interview at Sky News, global health philanthropist and Microsoft co-founder Bill Gates argued against intellectual property waivers, saying that generic manufacturers couldn’t ramp up production quickly, and vaccine quality could be compromised. A statement released by the industry group, Pharmaceutical Research and Manufacturers of America (PhRMA), after the announcement on the waiver, echoes all of these points, saying: “The Biden Administration has taken an unprecedented step that will undermine our global response to the pandemic and compromise safety.”

Proponents of the waiver disagree, pointing out that generic manufacturers have been supplying the world with high-quality vaccines and medicines for years. And they point out that taxpayers helped foot the bill for the development of several COVID-19 vaccines, and therefore the claim that pharmaceutical companies must recoup all the costs is unfair — especially during a crisis. Several other obstacles must be addressed as well though, such as making sure distribution is equitable.

Cohen says: “These vaccines are an unparalleled triumph for science, but if only 20% or 30% of the world winds up benefiting, what is the point of the innovation?”