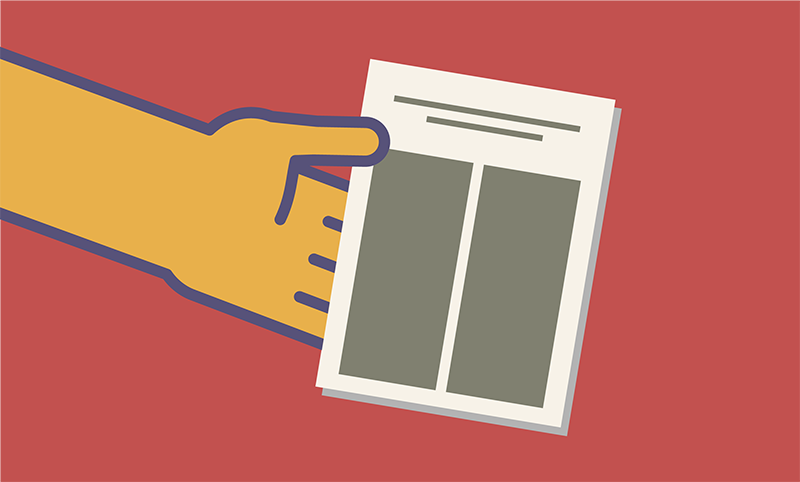 After an eight-year struggle, embattled Japanese mathematician Shinichi Mochizuki has finally received some validation. His 600-page proof of the abc conjecture, one of the biggest open problems in number theory, has been accepted for publication.

Acceptance of the work in Publications of the Research Institute for Mathematical Sciences (RIMS) — a journal of which Mochizuki is chief editor, published by the institute where he works at Kyoto University — is the latest development in a long and acrimonious controversy over the mathematicians’ proof.

Two other RIMS mathematicians, Masaki Kashiwara and Akio Tamagawa, announced in Japanese the publication at a 3 April press conference in Kyoto. The paper “will have a big impact”, said Kashiwara. When asked how Mochizuki reacted to news of the paper’s acceptance, Kashiwara said, “I think he was relieved.”

Mochizuki, who has denied requests for interviews over the years, did not appear and did not make himself available to reporters.

Eight years ago, Mochizuki posted four massive papers online, claiming to have solved the abc conjecture. The work baffled mathematicians, who spent years trying to understand it. Then, in 2018, two highly respected mathematicians said they were confident that they had found a flaw in Mochizuki’s proof — something many saw as death blow to his claims.

The latest announcement seems unlikely to move many researchers over to Mochizuki’s camp. “I think it is safe to say that there has not been much change in the community opinion since 2018,” says Kiran Kedlaya, a number theorist at the University of California, San Diego, who was among the experts who put considerable effort over several years trying to verify the proof. Another mathematician, Edward Frenkel of the University of California, Berkeley, says, “I will withhold my judgment on the publication of this work until it actually happens, as new information might emerge.”

The ‘abc conjecture’, the problem Mochizuki claims to have solved, expresses a profound link between the addition and multiplication of integer numbers. Any integer can be factored into prime numbers, its ‘divisors’: for example, 60 = 5 x 3 x 2 x 2. The conjecture roughly states that if a lot of small primes divide two numbers a and b, then only a few, large ones divide their sum, c.

A proof, if confirmed, could change the face of number theory, by, for example, providing a novel approach to proving Fermat’s last theorem, the legendary problem formulated by Pierre de Fermat in 1637 and solved only in 1995.

The saga began when Mochizuki, a respected number theorist quietly posted his preprints on 30 August 2012 — not on arXiv.org, mathematicians’ preferred repository, but on his own webpage at RIMS. Written in an impenetrable, idiosyncratic style, the papers seemed to entirely consist of mathematical concepts that were completely unfamiliar to the rest of the community — “like you might be reading a paper from the future, or from outer space”, wrote Jordan Ellenberg, a number theorist at the University of Wisconsin–Madison, on his blog soon after the papers appeared.

Mochizuki has declined all invitations to travel abroad and lecture about his work. Although at the time some of his close collaborators said they found the proof to be correct, experts around the world struggled, often reluctantly, to slog through it, let alone verify it. Conferences were held on the subject in subsequent years, where participants reported partial progress but said it would probably take many years to come to a conclusion. Many, including Mochizuki’s own PhD advisor, Gerd Faltings, openly criticized Mochizuki for not trying to communicate his ideas more clearly.

Then on 16 December 2017, Asahi Shimbun, a Japanese daily newspaper, claimed that Mochizuki’s proof was close to being been officially validated, an achievement that would be on par with the 1994 solution of Fermat’s last theorem.

Meanwhile, a rumour circulated that the Publications of RIMS had accepted the papers — something its editors denied at the time. But the controversy flared up again, with some mathematicians lamenting the poor optics of Mochizuki allegedly publishing in his institute’s own journal.

On his blog, the mathematical physicist Peter Woit of Columbia University in New York wrote in December 2017 that the journal’s acceptance would create a situation that is “historically unparalleled in mathematics: a claim by a well-respected journal that they have vetted the proof of an extremely well-known conjecture, while most experts in the field who have looked into this have been unable to understand the proof.”

The rumour of imminent publication turned out to be unfounded. Then within months, matters took a turn for the worse for Mochizuki. Peter Scholze of the University of Bonn and Jacob Stix of Goethe University, Frankfurt, privately circulated a rebuttal of his abc proof, zeroing in on one specific, crucial passage that they said was faulty. Scholze in particular is considered an authority on number theory, and would go on to win a Fields Medal — maths’ highest honour — in August 2018. That same month, Scholze and Stix went public, when they were quoted in an exclusive article in the maths and physics magazine Quanta, saying they had found a “serious, unfixable gap”, as Stix put it. “I think the abc conjecture is still open,” Scholze told Quanta. “Anybody has a chance of proving it.”

In comments posted on his website at the time, Mochizuki brushed aside the criticisms, arguing that the two authors had simply failed to understand his work. But several experts told Nature that much of the mathematical community considered the matter to be settled at that point.

The official acceptance of the papers now seems unlikely to change this stance. “My judgment has not changed in any way since I wrote that manuscript with Jakob Stix,” Scholze told Nature in an email. (In a separate email, Stix declined a request for comment.)

At the press conference, Tamagawa said the solution itself had not changed in response to Scholze and Stix’s criticism. There are some comments about it with the manuscript, but no fundamental change, said Tamagawa.

If the editors of the journal “waved away these criticisms” and published the paper without major revisions, it would reflect badly on them and on Mochizuki himself, says Volker Mehrmann, the president of the European Mathematical Society (EMS), which publishes the journal on behalf of RIMS. (The EMS has no editorial control over the journal’s content, Mehrmann says, and he was unaware of the upcoming announcement until contacted by Nature.)

But one mathematician who prefers to be quoted anonymously says that editors and referees handling these papers might have been in a nearly impossible situation. “If the best mathematicians spend time trying to work out what’s going on and fail, how can one referee on his own have any chance?”

Mathematicians often publish papers in journals where they are editors. As long as the authors recuse themselves from the peer-review process “such a case is not a violation of any rule, and is common”, says Hiraku Nakajima, a mathematician at the Kavli Institute for the Physics and Mathematics of the Universe in Tokyo formerly part of Publications of RIMS’s editorial board. Mehrmann confirms that this would not violate EMS guidelines.

Kashiwara said that Mochizuki had recused himself from the review process, and had not attended any of the editorial board meetings about the paper. The journal has previously published papers from other members of the journals’ editorial board, he said.

Mochizuki’s paper was accepted on 5 February, but a publication date has not been decided. “This is a very long manuscript, and will be a special issue so cannot say how long it will take,” said Kashiwara.

In the world of mathematics, a journal’s seal of approval is often not the end of the peer-review process. An important result only truly becomes an accepted theorem after the community has reached a consensus that it is correct, and this can go on for years after a paper’s official publication.

“In spite of all the difficulties over the years, I still think it would be great if Mochizuki’s ideas turned out to be correct,” says Minhyong Kim, a mathematician at the University of Oxford, UK.