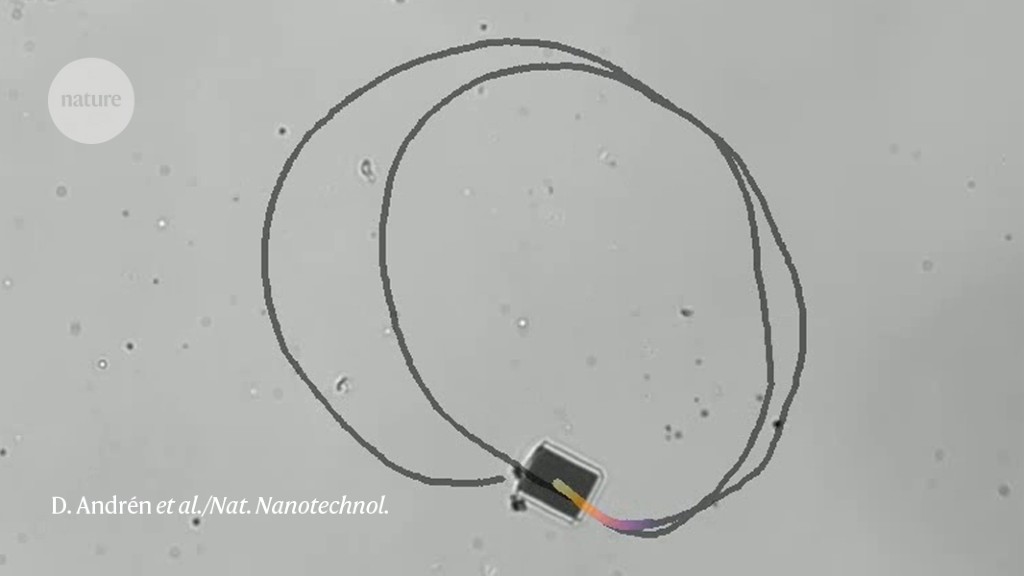 Microscopic vehicles can be powered and steered by light, and even used to transport tiny cargoes, such as single-celled organisms.

Optical metasurfaces are ultrathin materials that can change incoming light’s direction and polarization — that is, the orientation of the light’s electromagnetic waves. Typically, these materials are viewed as being unaffected by the light that they alter. But Daniel Andrén at Chalmers University of Technology in Sweden and his colleagues have shown that this perspective is not always correct.

The authors made minute vehicles consisting of optical metasurfaces embedded in microscopic particles. Laser light propels these ‘metavehicles’ across a surface, and they can be steered by changing the light’s polarization.

To maximize this effect, the team used simulations and experiments to refine the metasurfaces’ structure. They discovered that vehicles incorporating the optimized materials could move in complex patterns, self-correct their orientation and transport tiny objects, including polystyrene beads and yeast cells.

The team says that given the wide range of optical metasurfaces that could be used in these vehicles, they have many potential applications, including in molecular sensing.