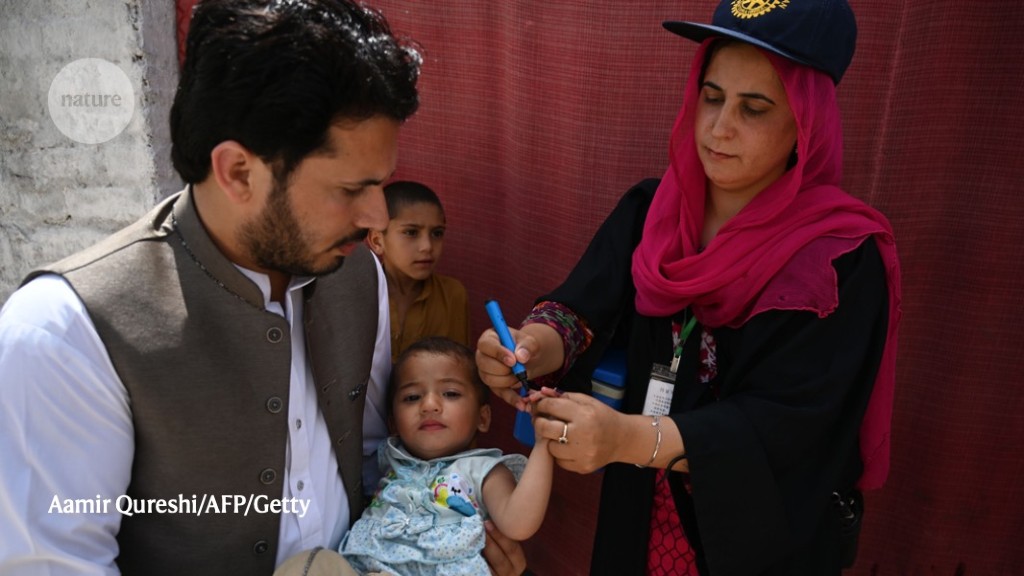 A vaccine against a type of polio that is spreading in the Southern Hemisphere is expected to receive emergency approval before the end of the year. If it does, it will be the first time the World Health Organization has steered an unlicensed vaccine or drug through its emergency listing process.

Wild polio has been almost eradicated. Only two countries — Afghanistan and Pakistan — still report cases. But a version of the virus that arose naturally from the weakened polio virus used in vaccination is increasing,

What is called circulating vaccine-derived polio-virus (cVDPV), is increasing in both Afghanistan and Pakistan, as well as in the Philippines, Malaysia, Yemen and 19 African countries — with Chad, the Democratic Republic of the Congo and Côte d’Ivoire the worst affected in Africa.

So far in 2020, there have been more than 460 cases of vaccine-derived polio worldwide. This is more than 4 times the number detected by this time in 2019, which is a major problem for the 32-year, US$17-billion global campaign to wipe out the disease. Researchers who model polio infections say that for every known case, there are about 2,000 infections in the population. 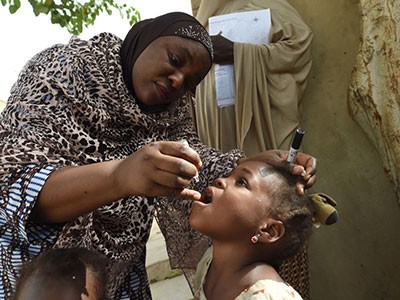 “Millions of people potentially have no immunity to the vaccine-derived virus, and that’s why we’re very concerned,” says Kathleen O’Reilly, an epidemiologist at the London School of Hygiene and Tropical Medicine who models polio infections.

Independent scientific advisers to the World Health Organization (WHO) have been assessing a vaccine that is designed specifically to protect against cVDPV. This vaccine, a decade in the making, has been tested for safety and efficacy, but is not yet licensed and still has to undergo further trials. The WHO is in the last stages of considering whether to approve it more quickly, under what is called an emergency-use listing — a procedure that was created during the 2014–16 Ebola outbreak in West Africa, and which the agency is also preparing to use for coronavirus vaccines.

After a press conference on 9 October, Alejandro Cravioto, chair of the WHO’s Strategic Advisory Group of Experts on Immunization, told Nature that it is the first vaccine to be considered under the emergency-use listing. “It’s going to be a very good exercise for us to look [at] how this works, because probably some of the COVID-19 vaccines will have to be authorized for use in the same way,” he says.

Most cases of cVDPV are caused by mutations in a strain of poliovirus called type 2. Right now, outbreaks are being tackled using the old vaccine for type 2 polio — which risks seeding further outbreaks. If the new vaccine receives emergency-use listing, that could be a “game-changer”, says Simona Zipursky, who co-chairs the working group on the vaccine at the Global Polio Eradication Initiative in Geneva, Switzerland. The initiative is a partnership between the WHO and international donors.

Results from phase I trials of the vaccine were published last year1. Two phase II trials have been completed, but results are as yet unpublished. However, manufacturer Bio Farma, headquartered in Bandung, Indonesia, has produced 160 million doses in anticipation that the WHO will grant an emergency-use listing while further trials are in progress.

If national medical regulators agree, the new polio vaccine could be distributed in selected pilot countries within two months of the WHO’s approval, says Zipursky.

Medical researcher Albert Sabin developed the conventional polio vaccine in the 1950s and 1960s, by growing the virus in non-human primates and cell cultures, until it adapted to those environments and was no longer good at infecting humans. This ‘attenuated’ virus is used as a vaccine — with the result that, today, just a few hundred are infected, and a much smaller number paralysed each year by a disease that used to infect hundreds of thousands.

The vaccine must be taken by mouth, and recipients excrete the live virus in their faeces for a period afterwards. If this virus is ingested by other people, for example in contaminated drinking water, it can infect them. This is usually harmless, because the virus is attenuated. And it could even boost immunity against polio, just as it does for those who receive the vaccine directly. 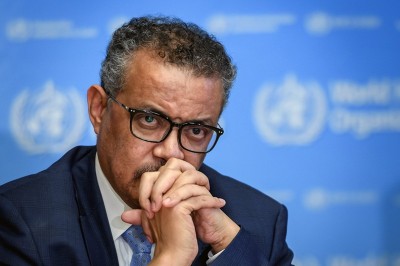 But what Sabin never knew, says Raul Andino, a virologist at the University of California, San Francisco, was that his attenuation of the virus hung by a thread. It took just one “gatekeeper mutation” in the virus’s RNA to permit other changes that allowed it to regain virulence.

And this happened — possibly as early as 1988, when an outbreak of polio derived from a vaccine began in Egypt. More cases emerged in later years, even though wild polio was on its way to being eliminated in most countries.

A crucial moment came in 2015, when wild polio type 2 was declared to have been eradicated, 16 years after the last case was reported. The WHO decided to withdraw the oral type 2 vaccine around the world in one grand, coordinated act in 2016. After this, immunity to type 2 polio began to wane — leaving communities vulnerable when a few lurking type 2 viruses from vaccines became dangerous again.

A decade of research

Like the old polio vaccine, the new vaccine is derived from the live, infectious virus — but this time it has been ‘triple-locked’ using genetic engineering, to prevent it becoming harmful.

Andino started working on this redesign in 2011, with colleagues including Andrew Macadam at the UK National Institute for Biological Standards and Control and others at the US Centers for Disease Control and Prevention.

Macadam focused on parts of the RNA in Sabin’s vaccine where individual bases were mutating to reinstate the virus’s virulence. He swapped some of these bases for others at strategic points — chosen so it would be hard for the virus to undo the alteration2. “It works amazingly,” says Andino. “We didn’t see mutation any more in this thing, not in cell culture, not in animal models and now, not in humans”.

The team made two further alterations to the virus: one to hinder it from recombining with other gut viruses; the other to slow its evolution. The result is a viral vaccine with a much-reduced chance of causing polio. 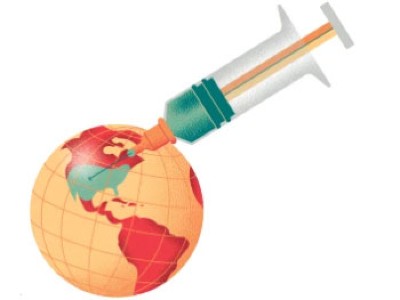 In 2015, the Bill and Melinda Gates Foundation in Seattle, Washington, agreed to fund a $150-million programme of simultaneous clinical trials and manufacturing of the new vaccine; the non-profit global health organization PATH, also based in Seattle, is coordinating the project. While the programme is under way, the WHO is sharing its trial data with the African Vaccine Regulatory Forum, a network of national regulatory authorities.

“The vaccine is never forced on a country, and it has to go through its own process to approve it,” says Zipursky. But she adds that regulators are impatient to get hold of the vaccine so that they can finally rid their countries of polio and focus on other priorities. “They don’t want to have to mop up other outbreaks, they don’t want to have to be in this cycle,” she says.

There’s still a small risk that this vaccine, too, could revert and start causing disease, says Paul Fine, a communicable-diseases specialist at the London School of Hygiene and Tropical Medicine. “I think it’s going to come down at the end of the day to: how stable is this thing,” he says.

A rare adverse event would be detected only in bigger trials, says Abdhalah Ziraba, an epidemiologist at the African Population and Health Research Center in Nairobi. He has reservations about emergency roll-out; he says it “makes sense where you don’t have any tool in the arsenal — such as with Ebola or with COVID. But polio and COVID are light years apart in terms of what constitutes an emergency.”

Zipursky counters that the emergency-use listing requires intense monitoring in the first three months after the vaccine is deployed, so that nations can “respond to any unexpected findings”. It’s essential, she says, “so that we are not undermining not just the polio programme, but immunization in general”.

And Nicholas Grassly, an infectious-disease epidemiologist at Imperial College London, says that the roll-out can’t wait. He says the world is responding to cVDPV outbreaks using hundreds of millions of doses of the old type 2 polio vaccine, which are themselves seeding more outbreaks. The new vaccine, he adds, “is the only tool we have to stop this cycle”.

He says that the absence of data from more trials is offset by historical data from the old vaccine, which is similar in many ways and shows minimal adverse effects.

Faisal Shuaib, executive director of the National Primary Health Care Development Agency in Abuja, which is responsible for eradicating polio in Nigeria, welcomes the new vaccine “provided it satisfies the safety profiles that have been set by global and national regulatory organizations”.

But it is “not a silver bullet”, he adds. “It is very important, but ultimately the solution is to make sure we put in all the resources that are required to improve routine immunization.”