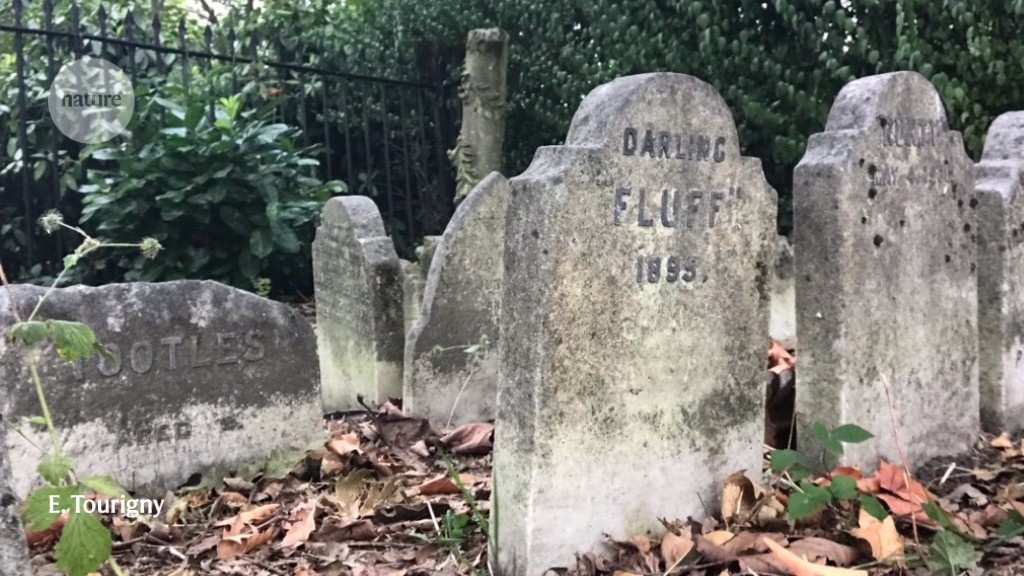 Even in the late nineteenth century, Britons erected memorials to their departed pets. An analysis of pet gravestones dating from the 1880s to the 1990s shows a growing belief in an animal afterlife — and in reunion after death.

Eric Tourigny at Newcastle University, UK, analysed gravestones, most of them dedicated to dogs, in four pet cemeteries in the United Kingdom. The oldest, in London’s Hyde Park, dates back to 1881.

Faith in animals’ salvation is at odds with cultural and religious norms in many societies, and early gravestones do not express confidence in an animal afterlife or in a heavenly meeting between pets and their owners. A 1900 inscription to ‘Grit’, for example, reads, ‘Could I think we’d meet again, it would lighten half my pain’. Few gravestones erected between the late nineteenth and mid-twentieth centuries included Christian references or symbols.

But use of these symbols and hopes of reunification increased after the Second World War, as did the number of gravestones bearing family surnames — a sign that pet owners began to view their four-legged companions as family members.