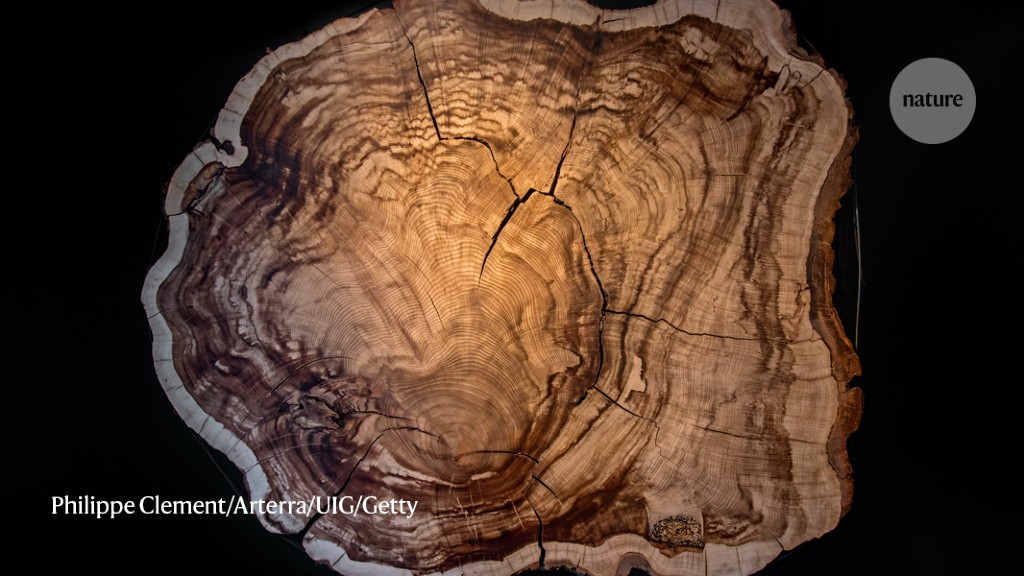 Radiocarbon dating — a key tool for determining the age of prehistoric samples — is due to be recalibrated using a slew of new data from around the world. The work combines thousands of data points from tree rings, lake and ocean sediments, corals and stalagmites, among other features, and means that the technique can be used to judge dates back to 55,000 years ago — 5,000 years further than the last calibration update, in 2013.

Archaeologists are downright giddy. “Maybe I’ve been in lockdown too long,” tweeted Nicholas Sutton, an archaeologist at the University of Otago in Dunedin, New Zealand, “but … I’m really excited about it!”

The basis of radiocarbon dating is simple: all living things absorb carbon from the atmosphere and food sources around them, including a certain amount of natural, radioactive carbon-14. When the plant or animal dies, they stop absorbing, and the radioactive carbon that they’ve accumulated continues to decay. Measuring the amount left over gives an estimate as to how long something has been dead.

As a result, researchers have created conversion tables that match calendar dates with radiocarbon dates for different times and regions. Scientists are releasing new curves for the Northern Hemisphere (a model called IntCal20), Southern Hemisphere (SHCal20) and marine samples (MarineCal20). They will be published in the journal Radiocarbon in the next few months.

Tom Higham, an archaeological chronologist and director of the Oxford Radiocarbon Accelerator Unit, UK, says that recalibration is fundamental for understanding the chronology of hominins living 40,000 years ago, among other things. “I am really excited about calibrating our latest data using this curve.”

More than 80% of respondents to a Nature reader poll said that they would be in favour of some scientific conferences remaining virtual even after the coronavirus pandemic ends. Many meetings have been pushed online since March as a result of the global COVID-19 outbreak — including large, flagship conferences that usually attract thousands of attendees.

More than 40% of the roughly 500 survey respondents said that they had attended an online meeting (see ‘Virtual reality’).

Readers lauded some aspects of virtual meetings — in particular, improved accessibility, low costs and avoiding the hassle of travel. “I know colleagues around the world with limited budgets who’ve also suddenly been able to attend many more meetings,” says Tom Brown, who studies energy-system modelling at Karlsruhe Institute of Technology in Germany. Some respondents found presentations to be clearer, liked that they could rewatch recorded talks, and felt that it is easier to speak up as an audience member using digital tools than it is in a meeting hall.

But many respondents thought that virtual conferences would improve in time and that the digital experience could help to make in-person meetings better, for instance through improving technologies that allow attendees to exchange data, knowledge and opinions during presentations.

Some advocated a hybrid model — a face-to-face meeting with increased virtual elements. “Some of the best parts of a conference, such as informal meetings, local flavour and more time to talk to speakers after sessions were completely lost. A hybrid system might recover some of these benefits,” says Paul DeStefano, a physicist at Portland State University in Oregon.

Rogue ‘missing link’ black holes could be zooming around the Universe as we speak
From the lab to the courtroom – Physics World
The Loupedeck CT is a fantastic, flexible editing console for Mac and PC
Optical Fourier surfaces
Payfone raises $100M for its mobile phone-based digital verification and ID platform