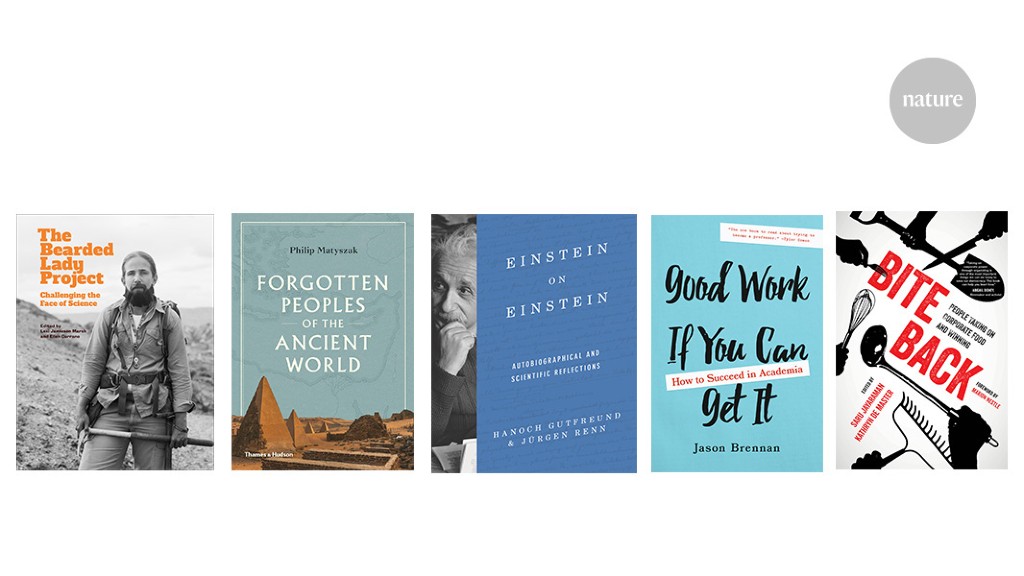 Albert Einstein admitted in his final essay, ‘Autobiographical sketch’, that fellow physicists opposed his quest to unify the general theory of relativity with quantum mechanics. But he took comfort from philosopher Gotthold Lessing’s dictum: “The search for truth is more precious than its possession.” The 1955 work appears in English for the first time in this outstanding study of another essay, which Einstein called his “obituary”: 1949’s ‘Autobiographical notes’. Physicist Hanoch Gutfreund and historian Jürgen Renn provide a sparky commentary.

Forgotten Peoples of the Ancient World

Western ideas on antiquity are dominated by Egyptians, Babylonians, Assyrians, Hebrews, Greeks and Romans, with other cultures often reduced to stereotypes. Historian Philip Matyszak asks: were the Philistines philistines and the Vandals vandals? His stimulating encyclopaedia of 40 “forgotten peoples” begins with the Akkadians around 2330 bc and ends with the Hephthalites (‘White Huns’) in the fifth century ad. Illustrations include a Roman-style Vandal mosaic; far from vilifying Roman culture, the Vandals respected it, say current historians.

Good Work If You Can Get It

Economist and strategist Jason Brennan delivers a data-driven, punchily practical guide to succeeding in academia, aimed at PhD students. He knows how success requires narrow professionalism, but he also networks widely. And if a PhD does not yield an academic job, all is far from lost. “Faculty jobs are the nail for which the PhD is the hammer,” he concludes in the chapter ‘Exit options’. Yet the hammer can be repurposed for diverse non-academic jobs: the US unemployment rate for PhD holders is just 1.7%.

“Many of our Bearded Ladies became professional palaeontologists because they did not want to spend every workday inside, in an office, behind a desk,” writes palaeobotanist Ellen Currano, co-founder of the Bearded Lady Project with film-maker Lexi Jamieson Marsh, in their photo-biography of a weirdly compelling collaboration. It began six years ago, out of despair at male dominance of their professions. “Maybe I should sport a beard,” Currano joked. Dozens of female geoscientists have now posed, artificially hirsute.

In this cleverly titled collection, attorney Saru Jayaraman and rural sociologist Kathryn De Master conclude that corporations control much of our food because of “their unbridled, unregulated power over our democracy”. Articles on seeds, labour, hunger and more describe calls to action and collective response, such as mobilization of New York state residents to force a ban on fracking, because of its potential to harm farms. Only direct public confrontation with corporate food elites will succeed, the editors argue.

CERN makes bold push to build €21-billion super-collider
Astronomers detect first-ever mystery object in the ‘mass gap’ of cosmic collisions
Getting out of the World Health Organization might not be as easy as Trump thinks
The ‘lab in your phone’ game that taught me four key transferable skills
How Perdue, Smithfield and Silver Fern Farms are reducing packaging waste