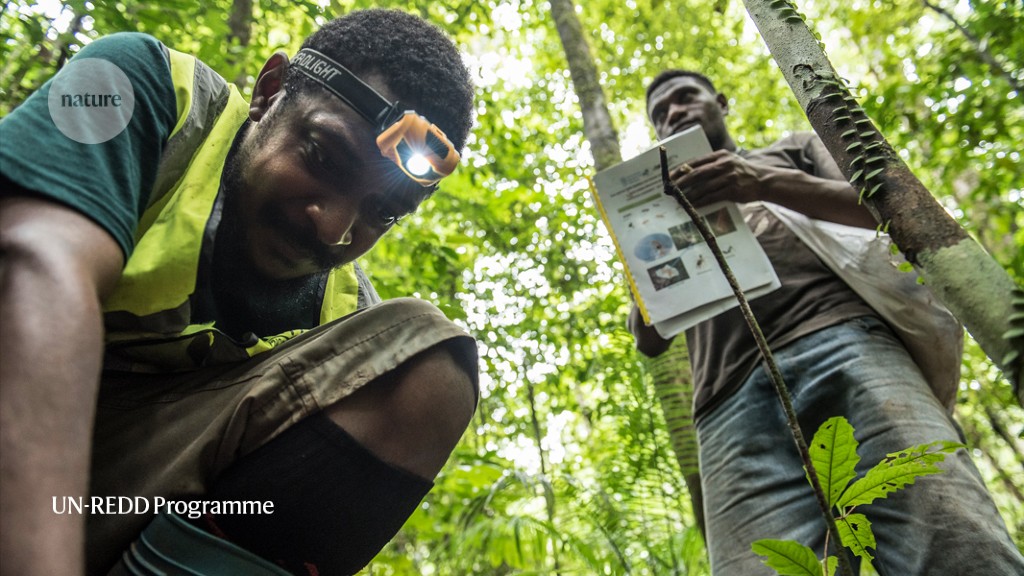 It takes collaboration to get the full picture of a forest. Here, I’m teaming up with Sammy, a local senior-school student, to count and identify ants in a dense fragment of lowland rainforest. It’s November 2019, when I was a research technician with the New Guinea Binatang Research Centre in Madang, and we’re near the village of Boredoa on the southern coast of Papua New Guinea.

I’m impressed by the locals’ knowledge of the forest and its inhabitants. It’s important to get more villagers involved in forest surveys and other conservation efforts so that they can work to protect them.

Papua New Guinea — a country that makes up the eastern half of the island of New Guinea — is home to one of the world’s largest and most biodiverse rainforests, but mining and timber companies are taking a terrible toll. The areas beyond these trees have been heavily logged, and we’re checking to see how life in this remaining forest is faring, from the ants to the trees.

I grew up in the northern city of Lae, a place very different from this forest. I have formal training in forestry and entomology, but, unlike Sammy and other villagers, I don’t have the experiences and insights that come from a lifetime of living on the land.

Our ant survey was part of the National Forest Inventory, a project of the United Nations Programme on Reducing Emissions from Deforestation and Forest Degradation. There are many places still waiting to be studied.

This forest is a hot, wet, challenging place to work. Villagers helped us to find relatively dry places to set up our tents. We had to wait for a break in the rain to set out our ant traps of tuna and fruit-flavoured drinks. In this particular sample, we identified six species, all native to the area. Introduced species such as fire ants and army ants have been taking over elsewhere in Papua New Guinea, but the local ants here have managed to hold on to their territory. For now.

Six mentoring tips as we enter year two of COVID