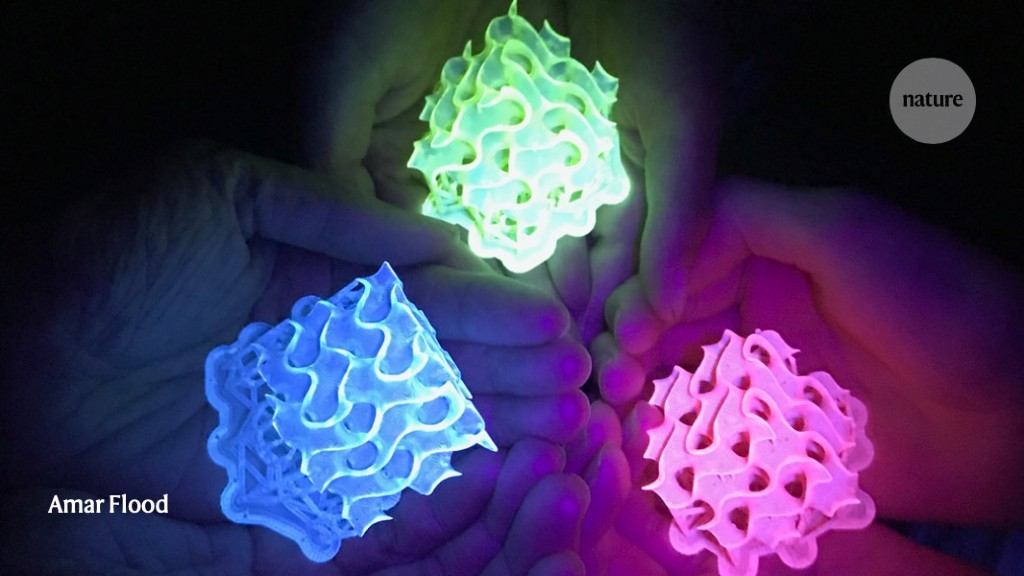 Scientists have combined new fluorescent dyes with plastic to create some of the most brightly glowing objects ever made.

Most fluorescent molecules lose their glow when they are packed closely together, whether in a concentrated solution or a solid light-emitting display. This limits their brightness and versatility.

The researchers successfully transformed representatives of five major classes of fluorescent dye into crystals. They blended the crystals into plastic materials, producing films and 3D-printed shapes that glowed red, blue or green.