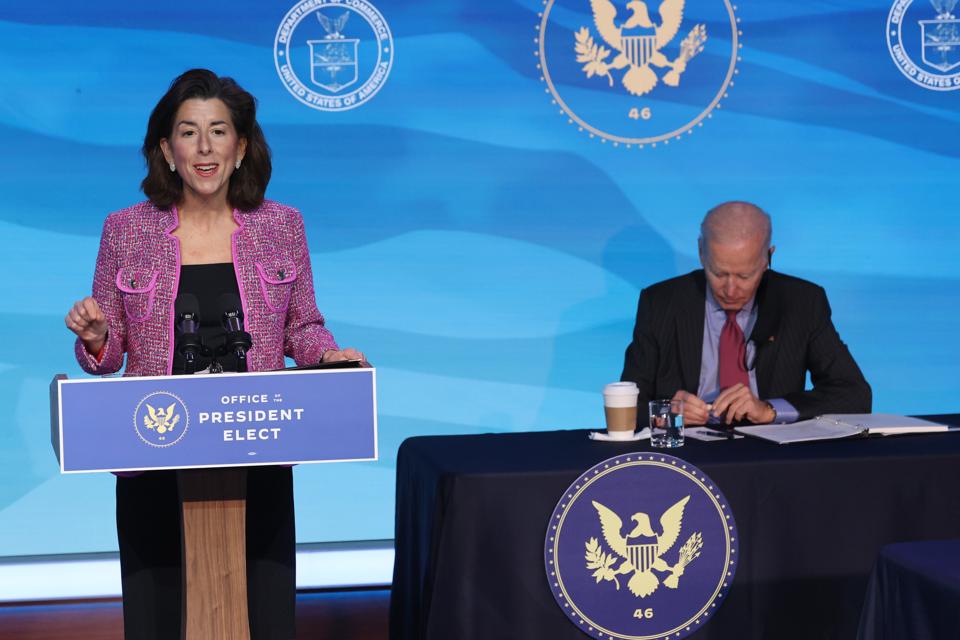 The National Oceanic and Atmospheric Administration (NOAA) announced that 2020 shattered the record for weather-climate disasters exceeding a billion dollars in damage coast. This week President-elect Joe Biden also announced key members of his Cabinet this week including important players relevant to the economy. One of those announcements was for Secretary of Commerce. Biden announced Rhode Island Gov. Gina Raimondo as his choice for the position. Oddly, these two announcements are not disconnected. Believe it or not, the Department of Commerce is critical to weather, climate and oceans. I will place both announcements in mutual context within this discussion.

Jeffry Mervis exposed a fascinating explanation in a 2012 article in ScienceMag.org. President Nixon is oddly in the mix. Mervis writes, “Commerce secretaries have long bemoaned the presence of NOAA, a scientific and fisheries agency, in a cabinet department devoted to promoting U.S. trade and economic development….” Mervis documents bad blood between President Nixon and Interior secretary Wally Hickel. Apparently Hickel was critical of Nixon’s Vietnam policy at the time. According to documentation released by the Obama Administration, Mervis revealed that Nixon got revenge by leaving newly created NOAA, which celebrated its 50th anniversary in 2020, out of the Interior Department. However, components of NOAA date back much further than 1970. President Thomas Jefferson established the U.S. Coast and Geodetic Survey in 1807 for maritime activities. The forerunner to the National Weather Service, The Weather Bureau, was found in 1870. In 1871, the U.S. Commission of Fish and Fisheries came along.

Okay, let’s circle back to President-Elect Biden’s choice to head the Department of Commerce. Governor Raimondo leads the “Ocean State.” She actually has a dedicated webpage documenting her priorities and accomplishments related to climate and has set ambitious goals for renewable energy within her state. These are all signals that NOAA’s vital mission related to climate will be respected and perhaps elevated within the agency. I am sure Governor Raimondo also understand that weather forecasts and observations provided by the National Weather Service significantly impacts the U.S. economy (including Gross Domestic Product).

NOAA announced that 22 separate billion-dollar weather and climate disasters happened in the United States in 2020. This shattered the previous record of 16 events in 2011 and 2017. When added to the events tracked since 1980, NOAA points out that, “the U.S. has sustained 285 weather and climate disasters where the overall damage costs reached or exceeded $1 billion. (All cost estimates are adjusted based on the Consumer Price Index as of December 2020)….The cumulative cost for these 285 events exceeds $1.875 trillion.”

I strongly urge the Secretary of Commerce to provide the strongest level of support to NOAA and its related services. Weather, climate and oceans impact our economy, infrastructure, commerce, agricultural activities, transportation and so many aspects of life even as people may not notice that.

Heck, I am still just giddy that we have people in place that will respect science and not try to sabotage it.

Waste: an environmental justice issue we should be talking about
20 C-suite sustainability champions for 2021
Feast Your Eyes On Hubble’s Astonishing Images Of Galaxies Colliding And Stars Being Born
For the first time, astronomers may have heard the background ‘hum’ of the Universe
Competing magnetic orders in a bilayer Hubbard model with ultracold atoms