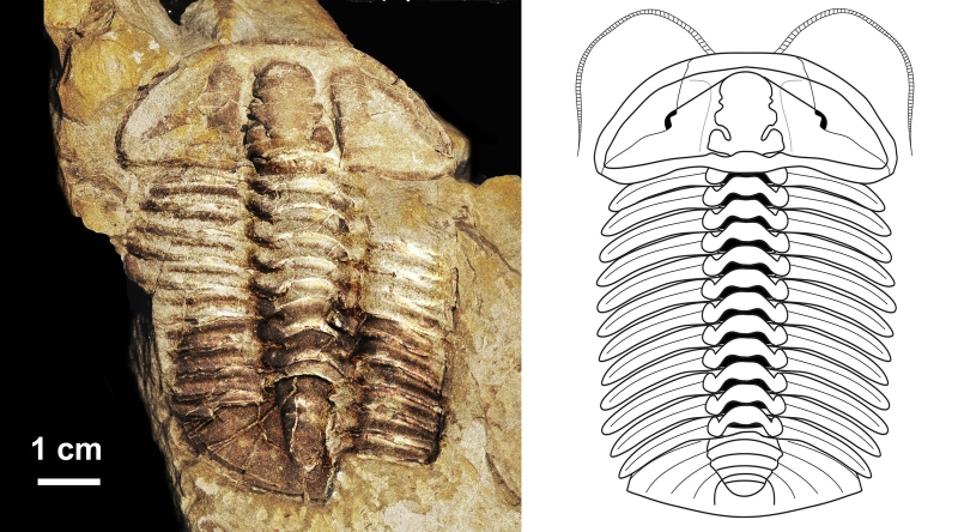 Two Australian paleontologists – Dr Smith and co-author Dr Ebach – named a newly discovered fossil dating back 450 million years after British actor Tom Baker, who between 1974 and 1981 played the fourth incarnation of the mysterious character simply known as Doctor Who in the longest-running science-fiction television series (on air since 1963) BBC science-fiction television series Doctor Who.

The new species of trilobite, a marine arthropod resembling modern pill bugs or roly-polies but only distantly related, is named Gravicalymene bakeri.

The fossil was found already in 1997 in the Gunns Plains under curious circumstances. While driving the valley on the north-west coast of Tasmania, Australia, Ebach stopped at a convenient boulder to relieve himself when he noted that the shale-rock surface was covered in trilobites.

But it wasn’t until recently that the two scientists realized it was a new species. Dr Smith, 30, didn’t watch the original run of Doctor Who with Baker as the fourth Doctor, but fell in love with the character while watching repeats in the early 2000s: “He was my inspiration to go into science. He used science, to help people (in this case to elude fictional monsters).” The adventures of the time traveling character inspired him to study real time travel. “The area of science I specialize in is bio-stratigraphy which is all about dating the age of Earth and its rocks,” said Smith. Dr Ebach watched the originals in the 1970s, and said Baker’s Doctor Who also inspired him to explore the natural world.

Gravicalymene belongs to a group of trilobites with worldwide distribution. Similar species have been previously found in North America and Europe. In the Ordovician, a geologic period spanning from 485 to 443 million years ago, Earth was a very alien planet. Australia and all the other modern continents formed Gondwana, a super-landmass surrounded by a global ocean.

The first primitive plants were appearing on the barren land, the sea ruled by soft-bodied creatures like squid-like orthoceratides, jellyfish, and sea lilies. The first primitive fish-like animals evolved when trilobites were already around for at least 50 million years.

There are snowcapped mountains on Pluto, and we may finally know why
IPhone 12 doesn’t come with a plug for charging — here’s what you need to buy
From trains to desalination plants, nature is inspiring radical designs
Apple’s first-day preorders for iPhone 12 surpassed the iPhone 11, top analyst says
You’re Noticing The Stars And Planets More. Now We’re All Stargazers—And This Is Our Bucket List