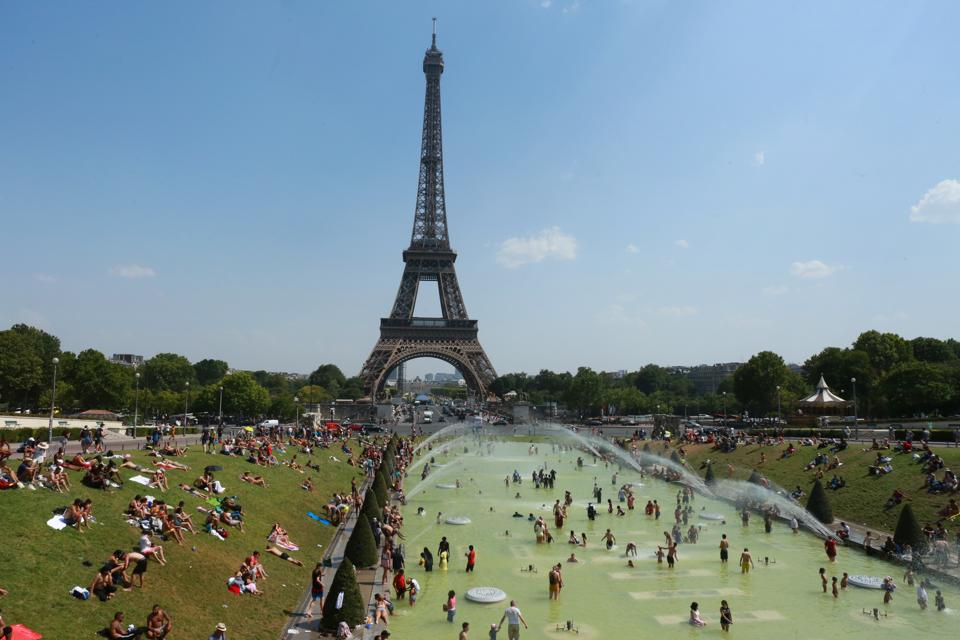 We knew that it was probably coming. The United States formally submitted its plans to withdraw from the Paris Climate Agreement. U.S. officials are trotting out the “unfair burden to U.S. argument.” Supporters of the agreement, which went into force on November 4th, 2016, say that it is a necessary step to combat one of the most significant crises facing humanity. The Trump Administration made their plans known on the first day that a country could formally announce plans to leave. I previously discussed in Forbes why the Paris Agreement is important from a climate perspective. At its core, the agreement has the following goals:

keeping global temperature rise this century well below 2 degrees Celsius above pre-industrial levels and to pursue efforts to limit the temperature increase even further to 1.5 degrees Celsius. Additionally, the agreement aims to increase the ability of countries to deal with the impacts of climate change, and at making finance flows consistent with a low GHG emissions and climate-resilient pathway.

Climate scientists, politicians, stakeholders, contrarians and activists are likely reacting according to expected narratives, concerns, or ideologies. Herein, my goal is to provide a “common sense” explanation of what is going on for people that may not pay attention to this topic daily.

Is this action irreversible? No, it isn’t. According to Article 28 of the Paris Agreement, the withdrawal would not be effective until November 4th, 2020. Ironically, that is one day after the next U.S. presidential election. A different administration could rejoin the agreement or the current administration could reverse course although there is no evidence that would happen.

Are other countries withdrawing too? No, the United States is currently the only country withdrawing from the commitments it made in the Paris Accords. Andrew Light, a former State Department official that helped construct the Agreement, told NPR, “”The United States is not cooperating with the rest of the world on dealing with climate change.”

Can the Paris Agreement survive without the United States? While the answer to this is yes, there is also a “but.” According to a fact sheet provided by Climate Nexus,

This Agreement is far bigger than the U.S. In Paris, all of the world’s countries arrived at the meetings having pre-committed to taking steps to cut carbon emissions and develop clean economies. This unlocked progress, and it’s why the agreement is more robust and would be able to survive even the exit of the world’s second-biggest emitter. 190 countries have submitted NDCs (climate targets) that cover 98.9% of global emissions. Climate action is now bigger than any one country.

The “but” is that the U.S. is the 2nd-biggest emitter so global efforts to reduce emissions would be hampered. Additionally, the “go-it-alone” philosophy is not beneficial for a problem that requires an “all-hands on deck” approach. A scholarly paper published in Advances in Climate Change Research argues that the U.S. withdrawal:

The U.S., during President George W. Bush’s administration, did not participate in the Kyoto Protocol. However, the Paris Agreement is different from the Kyoto Protocol because developing countries, China, and India also agreed to reduce greenhouse gas emissions. At the time the Paris Agreement was signed, the United States, China, and India accounted for roughly 40% of global emissions.

Does this mean that the United States is sitting on the sidelines on climate action? Absolutely not. If there is a silver lining, action within the United States has been galvanized by the questionable actions at the federal level. Regional, state, and local governments have really stepped up their actions. Climate Nexus points out that,

Even without the support of the US federal government, states, cities, and businesses across America have ramped up climate action. These U.S. coalitions committed to the Paris Agreement now represent nearly 70% of U.S. GDP and nearly 65% of the U.S. population. As of last fall, climate commitments from U.S. non-federal leaders were on track to deliver a full two-thirds of the U.S. 2020 Paris target, and since then, local actors and businesses have have further accelerated implementation and committed to even more action.

For example, California recently established very aggressive fuel efficiency standards in part to curb emissions. However, the Trump Administration announced that the EPA would revoke the state’s authority to do this. I suspect this battle will play out in the courts.

Beyond government action, there is significant activity within faith-based communities, the private sector, and citizen groups. Brian Roewe chronicles in EarthBeat the emergence of what he calls the Laudato Si’ Generation and its efforts within the Catholic Church. Laudato Si’ was released in 2015 by Pope Francis. It was a robust encyclical on human ecology, climate change, and the environment. Interfaith Power and Light is another example among many of collective faith-based actions on climate.

According to a 2017 report by the organization CDP, roughly 100 companies produce nearly three-fourths (71%) of global greenhouse gas emissions. This means that any private sector actions are important, and they are taking place. Over 1000 employees at Google recently demanded that the company reduce its emissions. Blake Morgan, writing in Forbes, documented 101 companies across the agriculture, auto, travel, hospitality, retail, and manufacturing sectors that have committed to reduce greenhouse gas emissions.

Organizations like Citizen’s Climate Lobby (CCL) and Project Drawdown are also leading the way with initiatives. According to its website, “CCL empowers everyday people to work together on climate change solutions.” It has over 400 chapters and is engaged in promoting bipartisan solutions on climate. The bipartisan Climate Solutions Caucus is an encouraging example that reminds us that hurricanes or sea level rise doesn’t care about “liberal” or “conservative.” Project Drawdown is a global research organization that reviews, analyzes, and proposes solutions to “drawdown” carbon. The book Drawdown proposes 100 solutions from across the spectrum to reduce carbon emissions. In an innovated step at the state level, Georgia Drawdown, a collaborative effort initially involving Georgia Institute of Technology, Emory University, and the University of Georgia, is an academic exercise designed to assess the top 10-12 solutions from Drawdown (and perhaps beyond) that are applicable to the state of Georgia. The Ray C. Anderson Foundation, which enabled the project, states on its website,

As Ray Anderson (founder and former chairman of Interface Inc.) said, “Brighten the corner where you are” – for us, that means helping to lead the state of Georgia on a path to carbon neutrality via strategies that strengthen the state’s economy and improve the quality of life for all Georgians.

Stakeholders from across the state will learn more about the Drawdown Georgia and other initiatives at the Georgia Climate Conference being held in Atlanta later in the week.

What are other implications to the United States? The impacts of climate change are impacting the U.S. economy, agricultural production, national security, infrastructure, public health, water supply, and transportation. Each of these affects the “kitchen table” issues of every citizen. Beyond direct impacts, some critics of the Paris Agreement withdrawal argue that the U.S. will also fall further behind other countries in technology innovation and the transition to a new energy economy.

And frankly, it’s just not a good look.

Oil prices jump more than $1 ahead of WTI June contract expiry
How environmental racism is fuelling the coronavirus pandemic
Intelsat aiming to cut debt in half through bankruptcy
If ‘Planet Nine’ is a primordial black hole, could we detect it with a fleet of tiny spacecraft? – Physics World
York opens manufacturing facility, hires engineering chief