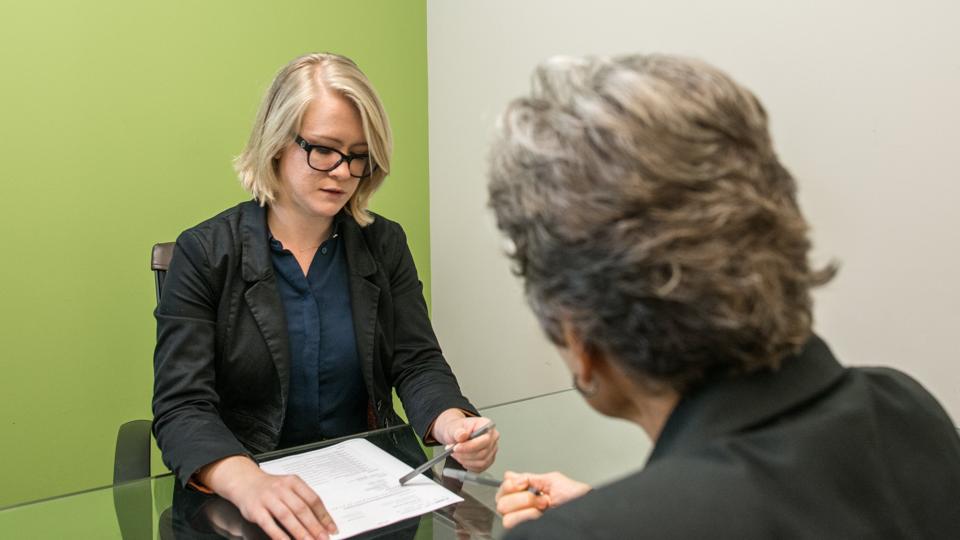 Before heading into your next job interview, you might want to review the results of a new study published in the Proceedings of the National Academy of Sciences. It turns out that all of us – including hiring managers – can accurately size up someone’s social class from just a few moments of conversation.

Why does this matter? Well, in the case of job seeking, it could mean the difference between getting an offer or going back to the drawing board.

A team of researchers led by Michael Kraus of Yale University designed a series of experiments to test how accurately people could infer someone’s social class from no more than a few words of conversation. Interestingly, they found that people were beyond impressive at this task.

“We find that brief speech spoken out of context is sufficient to allow respondents to discern the social class of speakers at levels above chance accuracy,” state the researchers.

To arrive at this conclusion, Kraus and his research team recruited 229 U.S. adults to participate in a 20-minute online survey. In this survey, the researchers asked participants to listen to people of different socioeconomic backgrounds recite seven commonly used words. The words were: “And,” “From,” “Thought,” “Beautiful,” “Imagine,” “Yellow,” and “The.” Participants weren’t given any additional information about the speakers and were asked to guess each speaker’s age (young/old), gender (male/female), race (white/non-white), and social class (college graduate/not).

Researchers compared participants’ guesses with what they knew to be true about each speaker’s demographic information. The results, summarized in the graph below, showed that people outperformed chance in each of the four categories. Not surprisingly, people were most accurate in gauging gender (approximately 92% of people guessed correctly.) 66% of participants correctly guessed the age of the speakers, 64% correctly guessed race, and 55% correctly guessed social class (that is, whether they were a college graduate or not).

The researchers next examined whether their results would hold up in a real-world hiring context. To test this, Kraus and his team recruited 274 individuals with experience working in human resources. Participants were asked to listen to 20 job candidates respond to the question: “How would you describe yourself?”

After listening to the descriptions, participants were asked to make a series of inferences about the job candidates, such as inferring social class, hiring potential, competence, organizational fit, and starting salary and signing bonus expectations.

Replicating their previous results, the researchers found that hiring managers were able to accurately predict applicants’ social class from small amounts of verbal communication. Furthermore, this drastically influenced the hiring managers’ evaluations of the candidates; hiring managers favored candidates they perceived to be of a high social class on all of the hiring dimensions measured (see graph below), including starting salary and signing bonus.

The authors conclude, “We find that Americans can perceive the social class of targets based on exposure to brief speech patterns, that word pronunciation facilitates this perceptual process, and that these cues bias hiring decisions in favor of those higher versus lower in social class. The findings suggest that social interaction patterns related to the perception of brief speech are potentially causal in the maintenance of economic inequality.”

Why Cities Have So Many Pigeons
Our planet’s heart is watery
NASA’s isolation experts: Lockdown lessons from space
Advice for thriving amid crisis, from 14 sustainability vets
Radiocarbon reboot and a boost for virtual scientific conferences