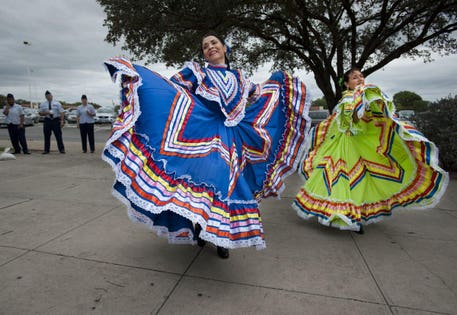 For the U.S., Hispanic Heritage Month runs from September 15 to October 15 each year. Those dates are set aside for recognizing the contributions of Hispanic and Latinx folks, as well as celebrating their history and culture.

The month wouldn’t be complete without recognition and celebration of Hispanic and Latinx individuals in the mathematical sciences. In 2016, the Lathisms website was founded in order to highlight the contributions of Hispanic and Latinx mathematicians. Since then, online calendars of mathematicians has been created for the heritage month. On each day between September 15 and October 15, the biography of a different mathematician is revealed, along with information about their research, teaching and other service contributions.

This year, the project’s founders decided to focus on graduate students, postdoctoral fellows and early career mathematicians. Here are just a few of the mathematicians showcased on the 2018 calendar:

Check out the Lathisms website for the 2018 calendar of mathematician profiles along with the Lathisms podcast series, which is a new addition for this year.