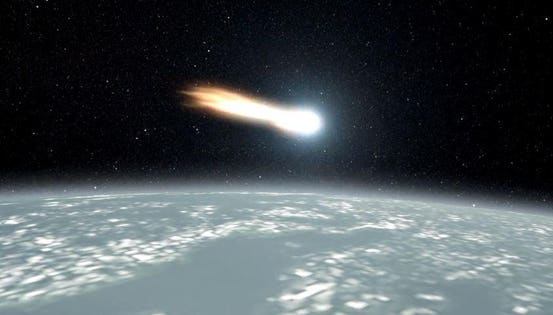 The mission will address the growing space junk problem.

Astroscale, a Japanese-based company that wants to clean up space debris from orbit, has announced that it has begun construction of a prototype spacecraft that will test some of its innovative space junk removal technologies in orbit.

The company announced yesterday, Thursday, October 10 that it had entered the assembly, integration and test (AIT) phase of its ELSA-d spacecraft, which is intended to launch on a Soyuz rocket in mid-2020. Construction of the spacecraft is expected to take about a month at Astroscale’s headquarters in Tokyo.

“We are excited to be taking this next step in building our groundbreaking mission,” said Seita Iizuka, Project Manager for the mission, in a statement. “ELSA-d is an incredibly complex satellite as we will be demonstrating rendezvous and proximity operations technologies that have never before been tested in space.”

ELSA-d will consist of a 180-kilogram “service” spacecraft, and a 20-kilogram “client” spacecraft. The former will test various ways that it could locate and catch the latter. In the future, Astroscale hopes its service spacecraft could remove dead satellites or large pieces of potentially dangerous space junk from orbit.

The mission will begin with the box-shaped client spacecraft separating from the larger service spacecraft. The former will approach and then use a magnetic plate to grab the client.

In the next test the client spacecraft will be spun out of control. The service spacecraft will match the rotation of the client – think along the lines of the Interstellar docking scene – and then attach to it again with the magnetic plate.

For the final test, the client spacecraft will be purposefully “lost” in Earth orbit. The service spacecraft will have to locate it using its tracking system, entering a spiral-shaped elliptical orbit, before it again grabs the smaller satellite. The two will then lower their orbit into Earth’s atmosphere, where they will burn up.

Construction is taking place at the company’s headquarters in Tokyo.

During this AIT phase the spacecraft and its capture mechanism will be built and tested, along with its propulsion system. It will undergo a thermal vacuum test, to ensure it can survive the harsh environment of space, and a vibration test to check it can handle the rigors of launch.

Astroscale is one of several companies and organizations looking into debris removal technologies, with the University of Surrey’s RemoveDEBRIS project in the U.K. being another. All are hoping to address the growing need to clean-up Earth orbit to allow for its continued safe use in the future.

Roughly 5,000 satellites orbit Earth today, but only 2,000 of these are active, with the other 3,000 being defunct and thus potential collision risks. In the coming years, companies like SpaceX, Amazon, and OneWeb plan to launch a further combined 20,000 satellites as part of upcoming “mega-constellations” that will beam the internet to the ground.

Last month the European Space Agency (ESA) was forced to dodge out of the way of one of SpaceX’s satellites in its developing constellation, called Starlink. By some estimates, 67,000 such maneuvers will be needed every year to avoid mega constellation satellites.

Thus there is an obvious need for companies like Astroscale to provide a service that can remove dead satellites from orbit. Questions remain over who will pay for or regulate these services, but as the number of satellites grows rapidly, the need to ensure sustainable operations in Earth orbit is greater now than ever before.

“There has been growing global recognition of the need for a solution to the orbital debris problem over the last several years,” said Nobu Okada, Founder and CEO of Astroscale, in the statement. “ELSA-d is an important step in proving the technology necessary to mitigate the threat from space debris.”