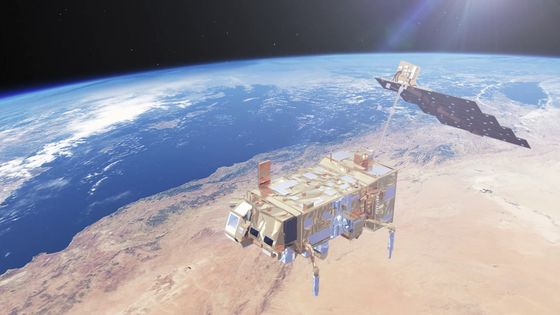 I often refer to geosynchronous weather satellites as the “lead singers” of the weather satellite rock band. They get much of the attention and produce stunning views of hurricanes, tornadic storms, and other real-time weather events. However, polar orbiting satellites are equally important, but often have a much lower profile like the drummer or bass player. The European Space Agency (ESA) is preparing to launch the next satellite in its MetOp series next week. This satellite will continue a critical series of weather and climate measurements vital to Europe, the United States, and the rest of the world. Why is MetOp-C so important?

Before answering that question, a little “satellite meteorology 101” is required. Satellites in geosynchronous orbits provide continuous monitoring of weather events such as Hurricane Michael approaching the Florida panhandle. They are about 22,000 miles (nearly 35,000 kilometers) above the Earth and orbit at the same speed that the planet is rotating. Because it stays “fixed,” it can see weather as it happens. Your satellite TV or radio provider also uses satellites in this type of orbit. NOAA’s GOES series and Eumetsat’s Meteosat series are examples of geosynchronous weather satellites.

Polar orbiting satellites are much closer to Earth. For example, the MetOp weather satellites orbit at roughly 497 miles (800 kilometers) above the planet. They pass near the South and North Pole about every 50 minutes and only take snapshots of the weather variables rather than continuous monitoring. So why are they so important? The National Oceanic and Atmospheric Administration (NOAA) satellite website discusses the value of polar orbiting satellites like its Joint Polar Satellite System (JPSS). Polar orbit data are critical for weather analysis, numerical weather prediction, climate assessment, ocean monitoring, fire or volcanic eruption detection, and more.

The MetOp-C satellite will provide similar coverage and continue the legacy of MetOp-A and MetOp-B. According to the ESA website,

The economic and social benefits of accurate weather forecasts are huge so there is a continued effort to improve forecasts even further. Recent studies show that MetOp-A and MetOp-B have already reduced errors in one-day forecasts by 27%. MetOp-C will add to the family and guarantee the provision of these essential data well into the 2020s. In addition, it ensures the smooth transition to the next generation of MetOp satellites, which are currently being built. The MetOp satellites are developed by ESA under a cooperation agreement to form the space segment of the Eumetsat Polar System. This system is Europe’s contribution to a multi-orbit polar system shared with the US NOAA agency.

MetOp-C is scheduled to launch on November 7th from a spaceport in Kourou, French Guiana. After being deployed from a Soyuz rocket, it will enter its low-altitude polar orbit and provide unprecedented detail according to Paolo Ferrie, ESA’s Head of Mission Operations.

One of the advantages of satellites like MetOp-C is the ability to gather information on temperature and humidity at many levels of the atmosphere. This process is called “profiling” and is what weather balloons also do. However, a fleet of polar-orbiting satellites can provide more coverage and timeliness than weather balloons, which are typically launched twice per day. The weather doesn’t happen twice per day because the atmosphere is a continuously changing fluid.

Weather prediction models diagnose and resolve the future state of the atmosphere 1, 3, or 10 days out. This is where polar-orbiting weather satellites get to be “the lead singer in the band.” The data from polar orbiting satellites have become critical input to weather models and their data assimilation schemes. A 2014 study published in the journal Monthly Weather Review revealed that

without observations from geostationary satellites the correct landfall of the storm is still reasonably well predicted albeit with a slight timing shift compared to the control forecast. On the other hand, without polar-orbiting satellites (which represent 90% of the volume of currently ingested observations) the ECMWF system would have given no useful guidance 4–5 days ahead that the storm would make landfall on the New Jersey coast.

Such value is seen in other weather forecasts and is why many of us were so concerned a few years ago about budgets and progress with polar orbiting weather satellite fleets. The MetOp satellites are aging and have outlived their 5-year lifespan. With the launch of MetOp-C, an important new member of the Joint Polar System established by the U.S. and Europe. This allows redundant coverage at different times of the day for reference locations around the globe. MetOp satellites monitor the “mid-morning” for specific locations (graphic below).

It should also be noted that MetOp-C will carry several U.S. instruments. According NOAA’s satellite agency,

NOAA supplied four of the thirteen instruments that will be flying on Metop-C. Two microwave radiometers, called AMSU A1 and AMSU A2, will measure global atmospheric temperature and humidity in all weather conditions, as well as sea ice. A visible/infrared radiometer called AVHRR will deliver global visible and infrared imagery of clouds, oceans, ice, and land surfaces. A fourth instrument, the Space Environment Monitor (SEM), will monitor the space plasma and radiation environment around the spacecraft.

The top cities for research in the Nature Index
A low-profile investor who bet on Snowflake eight years ago is up more than $12 billion after IPO pop
Judge halts Trump administration order banning WeChat from Apple and Google app stores
Sustainable Innovation in the Textile Industry
Silicon Valley’s most prominent VC firm had a banner week: $9 billion in IPO shares while helping TikTok negotiations