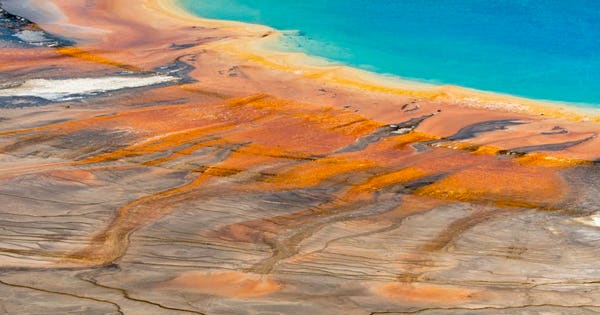 Here we are again: a blatantly false rumour about Yellowstone has gone viral, which is no doubt causing some people to feel a grim sense of panic. Every single time this happens – even if it’s just a histrionic headline – the United States Geological Survey (USGS) and its Yellowstone Volcano Observatory get inundated with phone calls from concerned people. This is a distraction they could certainly do without.

The latest rumour emerged from this site. The page – which is known for pushing unsubstantiated conspiracy theories – claims that the supervolcano’s threat level has “just increased to ‘high’ by the USGS”.

This is false. Not only have they taken something USGS scientists have said out of context, but they’ve added their own prevarication. It’s not clear whether they did this because they failed to read the report properly, or whether they simply intended to make the truth sound far scarier than it is, but it doesn’t matter at this stage. The post has been shared tens of thousands of times on social media, and that’s disappointing.

The report the site refers to is the USGS’s National Volcanic Threat Assessment, a 2018 update to the original 2005 assessment. This is a way for the USGS to classify the country’s volcanoes according to the possible threat a future eruption may or may not pose to us.

I’ve unspooled into the assessment in detail here, but in short, this is not a document that claims to know when the next eruptions of the 161 volcanoes it lists will be. It doesn’t even claim to know precisely how these volcanoes will erupt in the future. Rather, it’s a careful and considered look at which volcanoes are more potentially hazardous, depending on 24 very different factors.

Yellowstone is on there, sure, but it’s number 21. It’s outmatched by, for example, by Mount Rainier, whose volcanic mudflows could one day prove to be devastating for those in its shadow. Hawaii’s Kilauea makes the top spot, as it’s the country’s most active fiery mountain and populated developments and plenty of infrastructure exists on its slopes.

So what about Yellowstone? Well, its position hasn’t changed since 2005. It was #21 then, and it remains at that spot now. It was, and still is, in the second-highest risk category, “high risk.” This category means that, one day, it may threaten people through volcanic activity of some kind. Again, this categorisation does not in any way indicate when it will erupt, and indeed, there are zero signs that it will erupt in the near future. Most of its magma reservoir is currently solid, which means it’s not even close to being able to erupt.

So the rumour that’s being spread by that website is nonsense. It’s also, quite frankly, exhausting. Yellowstone is often made out, by more nefarious sectors of the Web, to be an apocalyptic cannon that’s ready to burst, and this latest article is, sadly, one of many just like it.

Jess Phoenix, a volcanologist and founded of educational non-profit Blueprint Earth, says it’s not difficult to see why rumours like this keep cropping up. “People are more motivated by fear than any other emotion,” she explains. Despite the fact that most Americans have never been anywhere near an erupting volcano, the fear of the unknown, plus the way volcanic eruptions are often (over-dramatically) depicted in movies, means that “you have a perfect storm for sharing blatantly false information.”

It might not help that Yellowstone is, technically speaking, a supervolcano. This may sound somewhat frightening, but the term ‘supervolcano’ probably doesn’t mean what you think it means. I’ve gone into detail here as to what I mean by that, but a supervolcano is named as such because at some point in its indubitably storied past, it threw 1,000 cubic kilometers (240 cubic miles) of fresh volcanic material into the sky. That’s all that’s needed for it to qualify.

That doesn’t mean that a supervolcano exclusively ejects such considerably voluminous amounts of hot debris in such a spectacularly explosive way every time it erupts. Yellowstone has had two bona fide supereruptions in 2.1 million years. For the most part, it engages in hydrothermal blasts or localised lava flows. These can be dangerous if people are around – which is partly why it’s in the “high risk” category – but they are nothing like a supereruption.

One day, it might produce another supereruption (which, by the way, wouldn’t end civilization, even if it would create utter pandemonium). It also might not. To be safe, the USGS have ensured that it’s one of the most heavily monitored volcanic systems on Earth.

The USGS, more than anywhere else, would know if the danger it poses to people has changed. It has not, even if a scary-sounding article about Yellowstone says that it has.

It’s easy enough to categorically dismiss a false rumour like this by outlining the facts, as I’ve done here, but the propensity of rumours like this to go viral remains a persistent problem. Debunking might help a little, but articles like this certainly aren’t any sort of remedy to the problem.

Janine Krippner, a volcanologist at Concord University – and smiter of many volcanological rumours – saw all too well how falsehoods spread during the Agung crisis in 2017, when a complex volcanic eruption on Bali took place. The volcano was already providing enough hazards as it was, but fake news made things seem even worse, which led to a huge impact on the tourism industry that many locals depend on to live.

Scientists, science communicators and journalists can do their best to mitigate this misinformation, but scaremongering is a powerful force to fight against. “Those of us who are openly giving the facts or known information about a situation are overwhelmingly outnumbered by damaging headlines that give the opposite message,” Krippner says.

Phoenix says that it would help if the US education system would spend more time focusing on natural hazards, she says, and any chance to point out where to get reliable, accurate information should be taken by those in the know. She nevertheless describes this article as “egregiously bad” as it presses “that lizard brain fear button, which in turn causes people to share on Facebook.”

Krippner notes that “while locals might know if a tabloid or media source are untrustworthy, the global reach of the internet and shares on social media means that those without this knowledge are seeing this misinformation as fact.”

She hopes that those in hazards and crisis communication fields need to team up and work out how to best serve communities and get trustworthy information to appear more frequently when people jump onto the Web. In the meantime, if you’d like to help out yourself, then just do one simple thing: check your sources. Learn where to get reliable information, and be sure to tell friends and family sharing unfounded rumours to stop.

Coinbase’s blockbuster debut is a ‘watershed’ for crypto — but there are risks ahead
Blacktip Sharks May Not Be As Picky Eaters As Previously Thought
Blue Origin to perform dress rehearsal for crewed New Shepard flights
Michigan Battles Covid Surge: Gov. Whitmer Urges Suspending In-Person Schooling, Youth Sports
NASA’s $85 Million ‘Mars Helicopter’ Is About To Attempt Flight On Another Planet For The First Time Ever