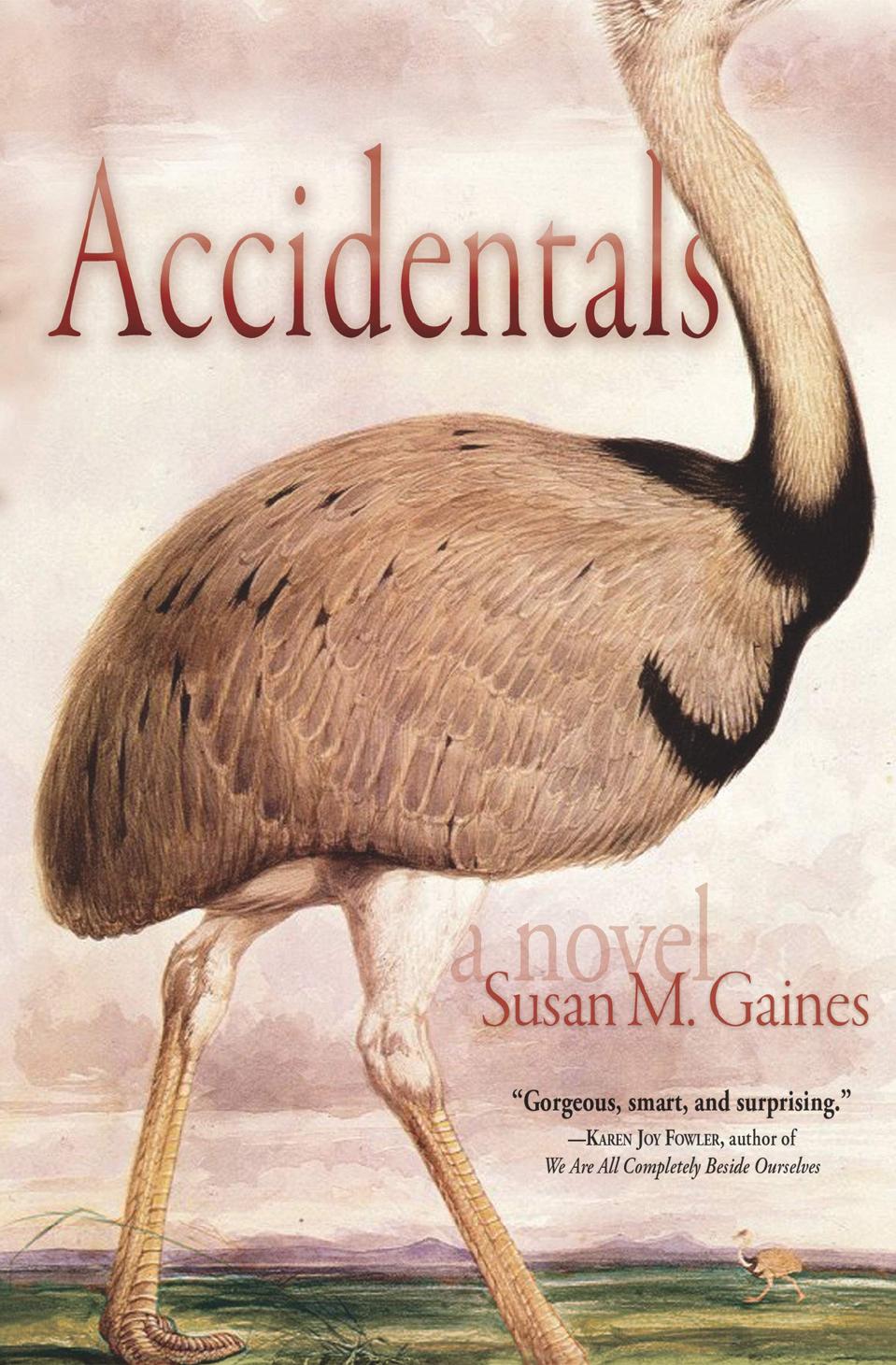 An epic novel and coming-of-age story that interweaves science, birds, politics and romance whilst confronting some of today’s most important environmental issues

Accidentals (Torrey House, 2020: Amazon US / Amazon UK) is a lovely story narrated by Gabriel, the 23-year-old son of a naturalized American who suddenly decides to leave California after residing there for more than 30 years to return to her native Uruguay. After some cajoling, Gabe leaves his high-paying but boring data analysis job to help his mother realize her dream to grow organic vegetables on the family’s abandoned estancia.

“You’ll like the estancia,” Mom said. I hadn’t even looked at her but she knew she was getting to me. “It’ll be spring, summer. If you don’t want to help with the farm, you can go exploring. Borrow a horse, or go hiking and birding.” (P. 12)

A month later, Gabe and his mother, Lili, are residing in his Abuela’s family house in Montevideo busily restoring order to the chaos reigning there, but soon, they are spending increasing amounts of time on the family estancia, a few hours’ drive away. At first, he feels like he’s on an obligatory holiday, but Gabe’s interest in birds tempts him to explore the ranch’s marshes and fields, and soon, he’s filling notebooks with detailed sketches and notes about his many fascinating avian discoveries and observations. On one of his birding expeditions, he meets a local microbiologist, Alejandra, who’s searching for undiscovered microbes on the estancia.

Gabe also becomes swept up in the ongoing family drama over what to do with the land. One of Lili’s brothers, Juan Luis, is determined to bulldoze the estancia so he can grow rice and sell it at a profit to a European market. Complicating (or perhaps clarifying) the discussion about the fate of the family estancia, Gabe stumbles across a species of rail (that’s a bird) lurking in the dense vegetation on the estancia’s wetlands that does not appear in any of his field guides. Is this an accidental: a bird that pops up far out of its range for reasons unknown? Or is this a species that is new to science?

Appropriately enough, accidents are critical to this novel. Not just rails, but as the story unfolds, other accidents play pivotal roles in driving the plot, too. I particularly enjoyed how this novel took its time to tell the story, and to tell it well. It starts slowly, conversationally, and gently builds to a surprising conclusion. Every word, every sentence, every scene adds depth and intensity to the story. Throughout the entire book, many seemingly disparate themes whose hidden and often intricate connections are melded into one story. The characters, both human and avian, were complex and believable, and I ended up liking them all. Gabe’s inner monologues were enlightening, and his growing love for Alejandra humanized him and made him vulnerable, transforming him from a detached observer to an active, passionate participant in his own life.

This modern coming-of-age story is intelligent and epic in scope: presenting a thoughtful commentary on intimate family relationships; an investigation into how repressive government regimes and political violence that have sabotaged the lives of so many families continue to reverberate generations later; a sharp criticism of globalization and a warning about the growing threat of environmental devastation that is steadily bulldozing its way into our everyday lives.

The author, Susan Gaines, writes exceptionally well: her short stories have been twice nominated for the Pushcart Prize. Her meticulous research into microbiology, ecology, rice cultivation, and the politics and history of Uruguay provide additional authenticity. Her elegant prose is so powerfully evocative that the landscape, the people and its birds bounced off the page, surrounding and immersing me in the unfolding story.

If I could sum up this multifaceted story in just one word, that would be love. From its first sentence to its last, this book focuses on what we love — children, spouses, family, friends, nature, the environment, country — and the many ways that we show our love. Highly recommended.

Giant search confirms Charles Darwin’s notebooks are missing, presumed stolen
Germany to become the first foreign military buyer of U.S. jam-resistant GPS receivers
Unilever sets $1.2B sales target for meat and dairy alternatives
Pristine Seas Has Created 23 Marine Reserves Around The World, Hopes To Double That In The Next Decade
The Most Violent Events In The Universe May Have Left Their Mark On Trees, Say Scientists