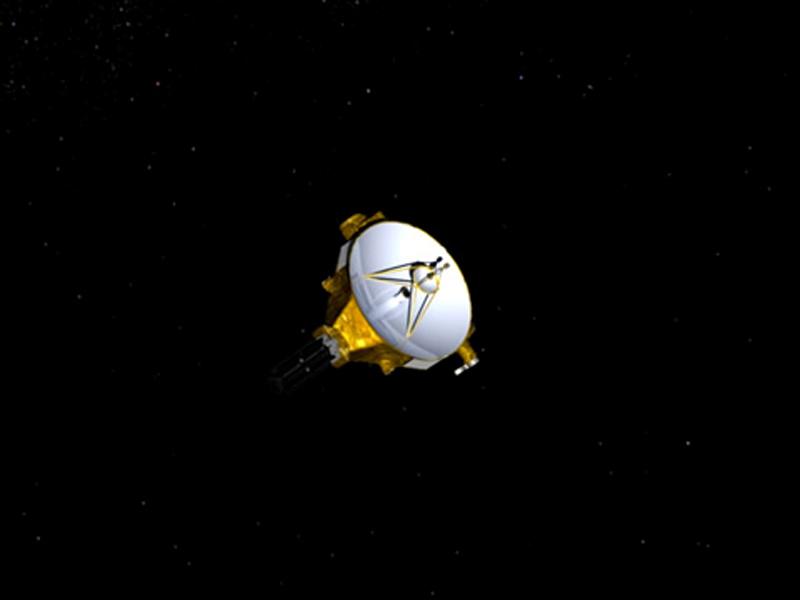 (Reuters) – After studying a space rock some 4 billion miles (6.4 billion km) from Earth, NASA’s New Horizons spacecraft set off on a new hunt for moons in the solar system’s most distant edge, searching for clues on our solar family’s creation, scientists said on Thursday.

The piano-sized probe is traveling deep into the ring of celestial bodies known as the Kuiper Belt looking for small, icy moons that spun off the snowman-shaped Ultima Thule formation, a pair of icy space rocks that fused in orbit billions of years ago.

“If we’ve seen bodies one and two, the question is what about bodies three, four and five?” Mark Showalter, a New Horizons investigator, said during a news conference at the Johns Hopkins Applied Physics Laboratory in Maryland.

New Horizons on New Year’s day came within 2,200 miles (3,500 km) of Ultima Thule, which represents a pristine time capsule dating to the birth of the solar system. The fly-by marked the farthest close encounter of an object within our solar system.

Since then, the probe has sent images revealing Ultima Thule to be a “contact binary” – two bodies that formed separately and then got stuck together. The formation, resembling a red-hued snowman – caused by irradiated ice – is just over 21 miles (34 km) long.

Scientists deduced that the conjoined bodies – one named Ultima and the other Thule – were once part of a cloud of smaller, rotating space rocks that eventually bound together into two larger bodies orbiting at a much slower speed.

“We’re looking for the objects that put the brakes on these objects,” Showalter said. Finding the moons, which would orbit Ultima Thule up to 500 miles (800 km) from its surface, would also reveal details about the space rock’s mass and density.

Since its launch in 2006, New Horizons has traveled 4 billion miles (6.4 billion km) to the solar system’s edge to study the dwarf planet Pluto, its five moons and hundreds of icy Kuiper Belt objects.

Scientists had not discovered Ultima Thule when the probe was launched, according to NASA, making the mission unique in that respect. In 2014, astronomers found the rocky formation using the Hubble Space Telescope and the following year selected it for New Horizon’s extended mission.

While the mission marks the farthest inspection of an object in our solar system, NASA’s Voyager 1 and 2, a pair of deep-space probes launched in 1977, have reached greater distances on a mission to survey extrasolar bodies. Both probes are still operational.

Reporting by Joey Roulette from Orlando; editing by Bill Tarrant and James Dalgleish