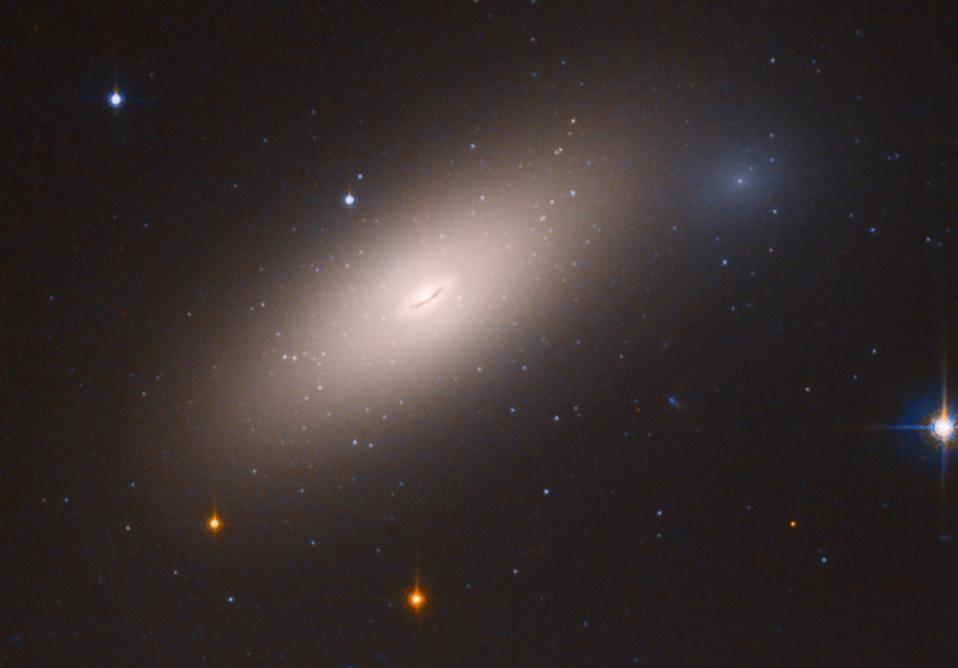 Our Universe, as it exists today, puts us in an incredibly privileged position. Had we come into being just a few billion years earlier, we’d be unable to detect the existence of dark energy, and thus we’d never know the true fate of our Universe. Similarly, were we born tens of billions of years in the future — just a few times the present age of the Universe — our local group would be just one giant elliptical galaxy, with no other galaxies visible beyond our own for hundreds of billions of light-years. As far as we can tell, our Universe is dying, and a “heat death” awaits us. There may be no way to stop it, but could we somehow, with an advanced enough technology, delay it? That’s the question of Patreon supporter John Kozura, who wants to know:

“After reading your posting about the natural death of the Universe as we passively watch, I got to thinking: what could an extremely advanced, Type III level civilization could proactively do to make a galaxy/local cluster run “efficiently” for longer to their benefit… are there ways we could act as a sort of large scale Maxwell’s demon to manage entropy and efficiently control the energy budget of the galaxy?”

If we do nothing, our fate is sealed. But even within the laws of physics, we might be able to save our galaxy for longer than any other one in the Universe. Here’s how.

If you want to save the Universe, you first have to understand what you’re saving it from. Right now, there are some ~400 billion stars in the Milky Way, plus even more in our neighboring galaxy, Andromeda. Both us and our nearest large neighbor are still forming stars, but at a much lower rate than we did in the past. In fact, the total star formation rate of the galaxies around today is about a factor of ~20 smaller than it was at its peak, some 11 billion years ago.

However, both the Milky Way and Andromeda have copious amounts of gas left in them, and we’re on a collision course.

Meanwhile all the other galaxies, galaxy groups, and galaxy clusters continue to accelerate away from us. At that point, star formation in our future home, Milkdromeda, will be merely a trickle, but we’ll have more stars present within it than ever before, numbering in the trillions.

If we do nothing, the stars that come into existence will simply burn out once enough time passes by. The most massive stars only live for a few million years, while stars like our Sun might have a lifetime more like ~10 billion years. But the least massive stars — the red dwarfs that barely have enough mass to ignite nuclear fusion in their cores — might continue their slow burning for as many as ~100 trillion (1014) years. So long as there’s fuel in their cores to burn, or enough convection occurring to bring new fuel into the core, nuclear fusion will continue.

Given that 4 out of every 5 stars in the Universe is a red dwarf, we’ll have lots of stars for a very long amount of time. Given that there may be even more brown dwarfs out there than stars, where brown dwarfs are a little bit too low in mass to fuse hydrogen into helium the way normal stars do, and that some 50% of all stars are in multi-star systems, we’ll have inspirals and mergers of these objects for even longer periods of time.

Whenever two brown dwarfs merge together to form a massive enough object — more than about 7.5% the present mass of our Sun — they’ll ignite nuclear fusion in their cores. This process will be responsible for the majority of stars in our galaxy until the Universe is hundreds of quadrillions (~1017) of years old.

But once the Universe reaches that age, another process will come to dominate: gravitational interactions between the stars and stellar remnants in our galaxy. Every once in a while, two stars or stellar corpses will pass close by one another. When this occurs, they will either:

That last possibility, on long timescales, will dominate the fate of our galaxy. It might take ~1019 or even ~1020 years, but that’s the point where practically all the stars and stellar remnants will either be sent into stable orbits that will decay via gravitational radiation, inspiraling around the galactic center until everything merges into one enormous black hole, or ejected into the abyss of intergalactic space.

But what if we wanted to avoid this fate, or at least push it out into the future as far as possible? Is there anything we could do about any or all of these steps? It’s a big question, but the laws of physics allow for some truly incredible possibilities. If we can measure and know what the objects in the Universe are doing to an accurate enough precision, then perhaps we can manipulate them in some clever way to keep things going a little bit longer.

The key to making it happen is to start early.

Think about an analogous problem: what would we do if we discovered an asteroid, comet, or other significantly massive object were on a collision course for Earth? You’d ideally want to deflect it, so that it would miss our planet.

But what’s the best, most efficient way to do this? It’s to “correct” the course of this body — not the Earth, but the lower-mass object that’s headed towards us — as early as possible. A tiny change in momentum early on, which arises from a force that you’d exert on this body over a duration of time, will deflect its trajectory by a much more significant amount than that same force will even a tiny bit later. When it comes to gravitational dynamics, an ounce of prevention is much more effective than a pound of cure a little bit later.

This is why, when it comes to planetary defense, the most important things we can do are:

This way, if something’s going to hit us, we can intervene at the earliest stages possible.

There are multiple strategies we can take to deflect an object by a small amount over a long period of time. They include:

Different strategies might be more or less effective for different objects. The ion thruster might work best for asteroids, while the gravitational solution might be absolutely necessary for stars. But these are the types of technologies that can generally be used to deflect massive objects, and that’s what we’d want to do to control their trajectories in the long run.

What I can envision in the far, far future, is a network of a combination of these that find and seek out solid masses throughout the Universe — asteroids, Kuiper belt and Oort cloud objects, planetesimals, moons, etc. — all of which have their own atomic clocks on board, and strong enough radio signals to communicate with one another over large distances.

I can envision that they would measure the matter within our galaxy — the gas in the Milky Way, the stars and stellar remnants in Milkdromeda, the “failed stars” that will merge to form subsequent stars in the late-time Universe, etc. — and they could calculate which trajectories they would need to take in order to maintain the maximum amount of baryonic (normal) matter within our galaxy.

If you can shepherd these objects into stable orbits for longer, so that the process of violent relaxation — where low-mass objects get kicked out over time while higher-mass objects sink to the center — it would be a way to maintain the matter that we have for longer, and that would enable our galaxy to survive, in a sense, for much longer periods of time.

You can’t stop entropy from increasing, but you can prevent entropy from increasing in a particular way by performing work in a particular direction. So long as there’s energy to extract from your environment, which you can do so long as stars and other sources of energy are close by, you can use that energy to direct in what ways your entropy increases. It’s sort of like how, when you clean your room, the overall entropy of the “you + room” system increases, but the disorder in your room goes down as you put energy into it. It was your inputs that changed the situation of the room, but you paid the price yourself.

Similarly, the shepherding probes attached to various masses would pay the price in terms of energy, but they could keep masses in a much more stable long-term configuration. This could lead to:

In theory, there’s a way to maximize the duration that we’ll still have stars (and sources of power) in whatever’s left of our Local Group very far into the future. By tracking and observing these clumps of matter floating through space, we can calculate — or have artificial intelligence calculate — the optimal set of trajectories to deflect them onto, maximizing the amount of mass, the number of stars, and/or the energy flux of starlight within our future galaxy. We might be able to increase the duration over which we’ll have usable energy, stars with rocky planets around them, and even, potentially, life, by factors of 100 or even greater amounts.

You cannot ever defeat the second law of thermodynamics, as entropy will always increase. But that doesn’t mean you simply have to give up, and let the Universe run amok in whatever direction nature would take it. With the right technology, we can minimize the rate at which stellar ejections occur and maximize the total number of stars that will ever form, as well as the duration that they’ll persist for. If we can survive our technological infancy and truly become a spacefaring, technologically advanced civilization, we might be able, in a sense, to save our galaxy in a way that no other galaxy is ever saved. If a super-intelligent civilization is out there, this might be the evidence they’d look for to know, even from across the now-unreachable Universe, that they truly weren’t alone.

The NFL is asking for a 100% increase in TV rights payments, but Disney is pushing back
Orbit Fab and Benchmark Space Systems to partner on in-space refueling technologies
Tesla has made about $1 billion in profit on its bitcoin investment, analyst estimates
Where Is The Moon During The Day? How, When And Where You Can See An ‘Afternoon Moon’ This Week From Home
Inside a Treadmill