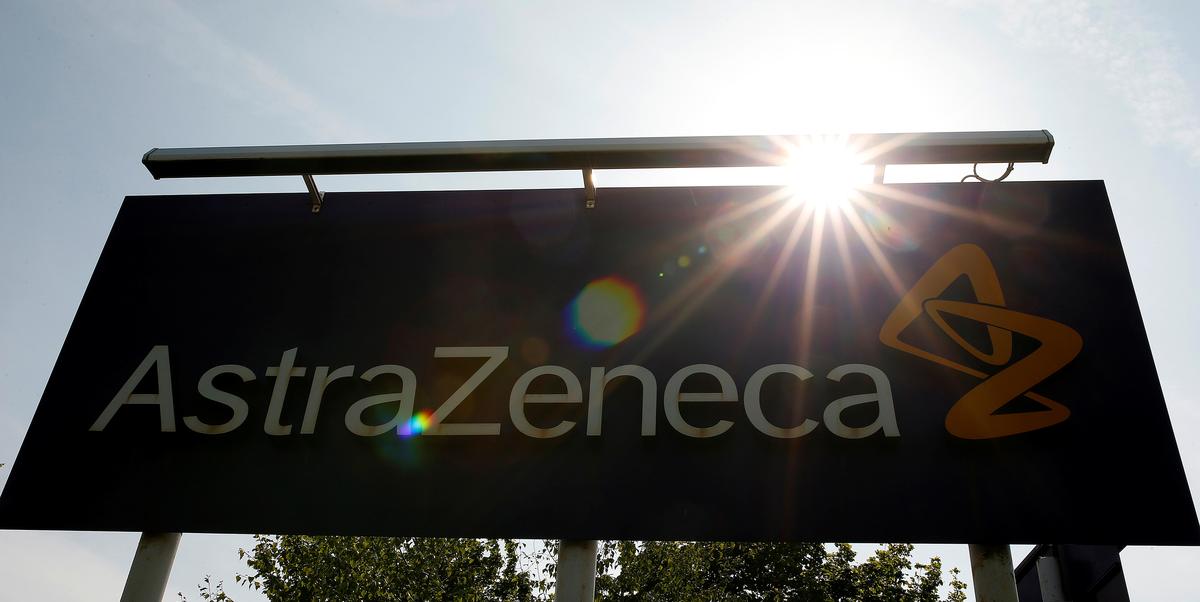 MUNICH (Reuters) – An AstraZeneca drug that blocks a cancer cell’s ability to repair its genetic code greatly reduced the risk of ovarian cancer worsening in a phase III trial, underpinning its lead against two U.S. rivals in the same class.

FILE PHOTO: A sign is seen at an AstraZeneca site in Macclesfield, central England May 19, 2014. REUTERS/Phil Noble/File Photo

Given as a maintenance therapy to reinforce initial chemotherapy, Lynparza halted or reversed tumor growth in 60 percent of patients three years into the trial. Only 28 percent of those in a chemotherapy-only control group were spared tumor progression at that stage.

At year four, the progression-free survival (PFS) rate in the Lynparza group was still above 50 percent, against 11 percent for chemotherapy alone.

“The results … herald a new era in treatment for women diagnosed with advanced ovarian cancer who carry a BRCA mutation,” said Kathleen Moore, associate professor at the University of Oklahoma’s Stephenson Cancer Center, who presented the results at the European Society for Medical Oncology in Munich on Sunday.

Cancer cells with the so-called BRCA mutation have a diminished ability to restore their DNA when it gets damaged during cell division, which is a driver behind cancerous mutations.

Lynparza and other drugs in the class of so-called PARP inhibitors are designed to block what remains of that DNA repair mechanism so that BRCA-mutated cancer cells fail to replicate and the tumor can no longer sustain itself.

The drug, already approved for later use in patients with BRCA mutations and for a certain type of breast cancer, was the first PARP inhibitor to reach the market when it won U.S. approval at the end of 2014 but now faces competition from products made by Tesaro and Clovis Oncology.

British drugmaker AstraZeneca, which published some initial information on the trial in June, generated $297 million in Lynparza sales last year. Analysts on average see $2 billion in revenue from the drug in 2023, Refinitiv data shows.

The result should pave the way for expanded use of the medicine, which is being developed and marketed with Merck & Co under a deal struck last year, and AstraZeneca is in talks with regulators about approval procedures.

Getting patients on Lynparza at an early stage of treatment, so-called first-line use, puts AstraZeneca in the frame to secure longer-duration prescriptions.

Daily briefing: A radical proposal to infect healthy people with the coronavirus to test vaccines
This is exactly the time to be talking about climate change
Freeman Dyson: unorthodox to the end – Physics World
GPS ground system gets cybersecurity upgrade as OCX faces new schedule setback
NASA and ESA to fund coronavirus projects