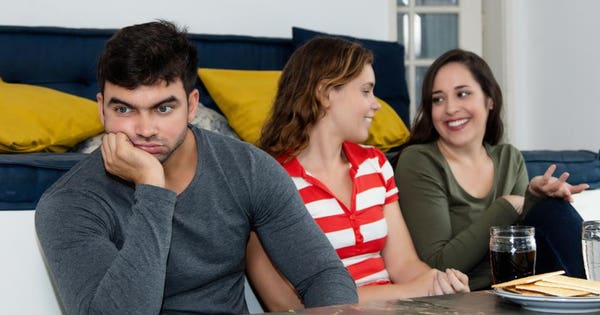 A study revealed the ages at which loneliness tends to peak. (Photo: Getty Images)Getty

Alone Yoda was. But lonely was he? When Yoda appeared in Empire Strikes Back, he was pretty much by himself on the planet Dagobah with no Direct TV. However, according to a study just published in the journal International Psychogeriatrics, he may have had some protection against loneliness, and it wasn’t the Force.

For the study, a team from the University of California-San Diego, the Veterans Affairs San Diego Healthcare System, and IBM Research analyzed questionnaire responses from 340 adults living in the San Diego, California, community. Their ages ranged from 27 to 101 years old with an average age of 62. Half were women. Questionnaires used included the UCLA Loneliness Scale Version 3 (UCLA-3), the 4-item Patient-Reported Outcomes Measurement Information System (PROMIS) Social Isolation Scale, the single-item measure from the Center for Epidemiologic Studies Depression (CESD) scale, the San Diego Wisdom Scale (SD-WISE), and the Medical Outcomes Survey- Short form 36.

Results from the UCLA-3 Scale showed that 76% of the study subjects reported moderate-to- high levels of loneliness. The subjects with the highest measured levels of loneliness were in their late-20’s, mid-50’s, and late-80’s. This is probably not too surprising. The late 20’s may be a time when you have been out of high school or college long enough to wonder where your life is going. High school, college, graduate or professional school, or early career positions may offer the comfort of similar cohorts of people being around you, experiencing the same things together. By your late 20’s, lives begin to diverge. If you are single, you may be looking at your buddies or besties who are married and beginning to have kids. If you are married and unhappy, you may look forlornly on those who are still single. Then, the mid-50’s can be a time for mid-life crises, and the late-80’s can be when you no longer have many of your friends or companions around and are facing major health challenges. Not surprisingly, people who reported feeling more lonely had “worse depression, anxiety, perceived stress, and cognitive complaints.” Also, there were associations between greater loneliness and lower resilience, less optimism, and poorer mental health.

Yoda at the Denver Comic-Con. (Photo by Thomas Cooper/Getty Images)Getty

However, one thing correlated with lower levels of loneliness: being a wise guy, or wise gal. Not in a gangster or jerky sense, but meaning scoring higher on the San Diego Wisdom Scale (SD-WISE).

The San Diego Wisdom Scale is not a measure of your knowledge of San Diego. As described in the Journal of Psychiatric Research, it is a 24-item questionnaire that is supposed to measure your level of wisdom. You are supposed to read each of the Items in the third column of the table below and indicate on a scale of 1 to 5 whether you agree with the statement, with 1 being strongly disagree and 5 being strongly agree:

The middle column indicates whether a higher score on the item should contribute positively (marked with a “+” sign) or negatively (marked with a “-” sign) to your final total score. For example, the more you agree with the statement, “I enjoy being exposed to diverse viewpoints.,” the higher your total wisdom score will be. On the flip side, the more you agree with the statement “I don’t analyze my own behavior,” the lower your total score will be. As you can see, these items fall into 6 categories of factors (listed in the first or left-most column).

Of course, there is debate over whether a single test like this can truly measure wisdom. This test may not really capture all the aspects of wisdom. Plus, people can be remarkably bad at answering questions about themselves. After all, someone who doesn’t do self-reflection too well, may believe that he or she is great at self-reflection, by definition. Also, to my knowledge Yoda has never taken this test, because he is a fictional character.

Moreover, such studies can only show associations, not cause-and-effect. Silly you are, if you think correlation means causation. Other factors could be leading to both lower scores on the SD-WISE and higher scores on the loneliness scales. For example, if fewer and fewer people from diverse backgrounds are mixing then this could lead to both more social isolation and discord as well as a lack of appreciation for diversity. Alternatively, loneliness in some cases could lead to lower scores on the SD-WISE. For example, if you feel lonely, you may have a more difficult time making decisions or be less interested in learning from others. Things can seem and be a lot easier when you have plenty of people helping you. Remember loneliness and its causes and effects can be quite complex.

How much is social media contributing to loneliness? (Photo: Getty Images)Getty

Nevertheless, it would make sense that many items on the SD-WISE may correlate with wisdom and a lower level of loneliness. For example, if you are more tolerant of other cultures and other viewpoints, maybe you will be more likely to learn from others and make friends or even find significant others more easily. At least, life may seem more interesting to you.

Certainly, this does not mean feeling lonely means lack of wisdom. You can have Yodas and Yodas of wisdom and still be in situation where you are not connecting with people at work, at home, or in the community. Even if you are quite wise, interested in learning, trying to help others, and interested in being exposed to diverse backgrounds, everyone else around you may not feel the same way or offer you opportunities. You may be facing discrimination, harassment, or other unfair circumstances. You may be in situation where there are very few people like you. There are many other situations where factors leading to loneliness may appear to be beyond your control. All this study is suggesting is that wisdom could possibly, potentially help protect against loneliness to some degree.

These study results should not suggest that simply becoming more wise is the magical potion to America’s loneliness epidemic. This puts too much pressure and stigma on those who feel lonely, which according to the study was the majority of people surveyed. Having such a high rate (76% of respondents) of loneliness means that it is a systems problem and not a single cause-single simple solution problem. It also means that more needs to be done, more urgently. As Yoda once said, “do or do not. There is no try.”