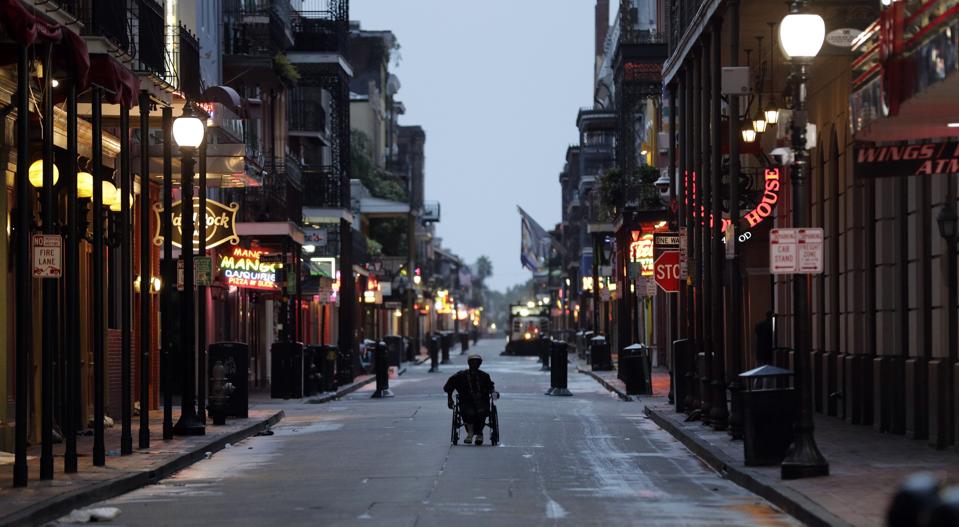 The first hurricane of 2019 Atlantic tropical storm season has formed just offshore of Louisiana. Hurricane Barry is a category one storm on the Saffir-Simpson scale, with maximum sustained winds of 75 miles per hour as of Saturday morning.

In light of the superstorms we’ve seen in recent years, Barry isn’t particularly strong. But in a 21st century in which our planet and particularly our oceans are about as hot as we’ve seen them since at least 1880, wind speed isn’t the only thing to worry about when tropical storms come to visit.

Right now the National Weather Service is forecasting a possible sequel to Hurricane Harvey, which also made landfall from the Gulf of Mexico, but then basically parked itself over the coast and dumped a biblical amount of rain on Houston in 2017.

Forecasters say Barry will likely only stay at hurricane strength for a few hours before weakening. Meanwhile, the storm is predicted to drop as much as 25 inches of rain over isolated areas of southern Louisiana and Mississippi. Other parts of the Mississippi and Tennessee River valleys could receive up to a foot of rain.

“This rainfall is expected to lead to dangerous, life threatening flooding,” warns the NWS.

But in a warming world, there’s no rule that says we only get climate change-amplified natural disaster at a time.

The Mississippi River has been above flood stage in southern Louisiana for the entirety of 2019. The mighty waterway was nearly at the top of the levees that protect New Orleans and other communities before Barry formed in the Gulf of Mexico this week.

Now, with Barry bringing a storm surge from one side, the ongoing flood coming from the other and epic rains falling from the sky, we can say that the region is literally getting hit from all sides by weather and by climate change.

Yes, we often hear that weather and climate are different, and that’s true. But they’re obviously related.

In this case climate change is helping to more frequently brew up “The Perfect Storm” in the Gulf of Mexico. Perfect, that is to say, for creating intense onshore flooding.

Warm waters in the Gulf can cause storms to slow down and kind of sit in one place, soaking up more moisture that then gets dumped on shore. What’s worse is that a warmer atmosphere can hold more of that moisture that later falls as precipitation. In fact, the 12 month period that ended in June was the wettest twelve months on record for the lower 48 United States, hence the flooding of the Mississippi River.

A 2017 study found that 38 percent of the 50 inches of rain Harvey dumped on Houston can be attributed to climate change.

In previous eras, Harvey would have been a once in a millennia event. But then it happened the following year in the form of Hurricane Florence.

2019 is another year, and in the 21st century, that means it’s time for the annual thousand-year flood. Stay safe out there.