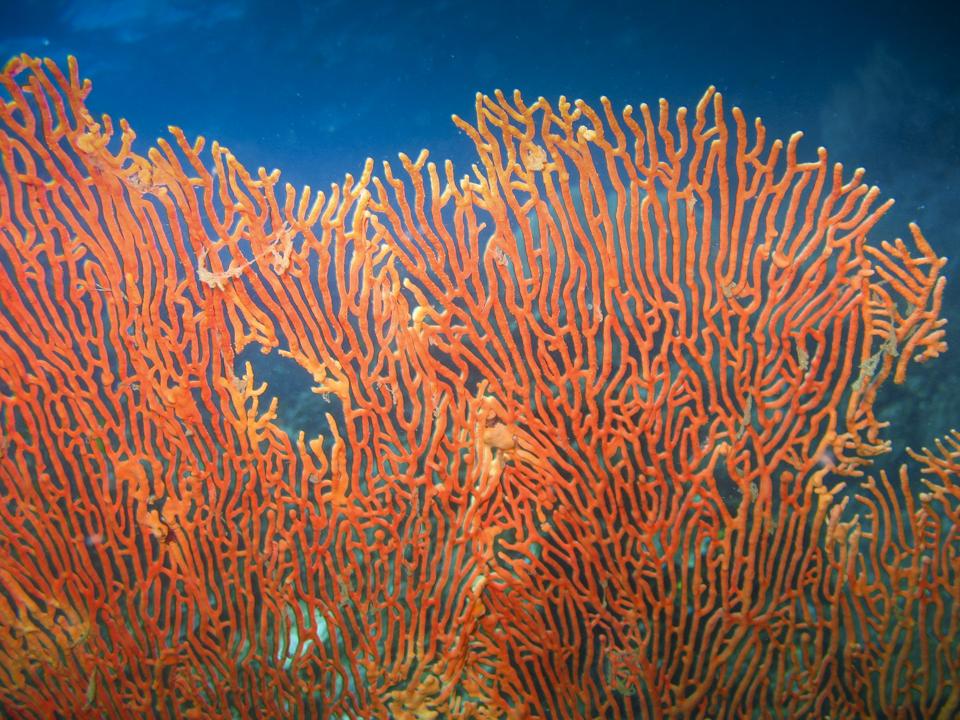 Under climate change, coral reefs have been battling the effects of an increasingly acidified ocean, which eats away at their bodies. At the same time, rising temperatures cause corals to bleach, or lose their symbiotic partners that give them color. In certain areas of the world, corals fight off disease outbreaks.

The scientists selected a site in Puerto Rico with a gradient of copper concentrations in the sediments below the coral reef. Caribbean reefs, like those of Puerto Rico, are currently fighting off disease outbreaks from various pathogens. This study was the first to investigate the copper pollution effects on corals in a natural setting.

The scientists conducted a year of extensive surveys and sampling in the natural environment. Across 15 reefs and 175 sea fan colonies, they observed that corals had reduced recovery from multifocal purple spots disease when copper concentrations were higher.

An experiment manipulating heat, copper, and exposure to disease would disentangle the impacts of each factor, as well as show if there were disproportionate negative impacts of heat and copper pollution together on the corals’ ability to recover from disease. To accomplish this, the researchers conducted lab experiments in aquariums where they could both separate and combine different factors.

“The patterns we saw in immune markers are important because they show a mechanism through which copper and warming oceans can impair the corals’ health,” said lead author Dr. Allison Tracy.

While the impacts of rising temperatures and acidity on coral reefs around the globe are challenging for coral conservation efforts to address, reducing copper and other pollutants on a local scale could tip the balance in favor of the corals.