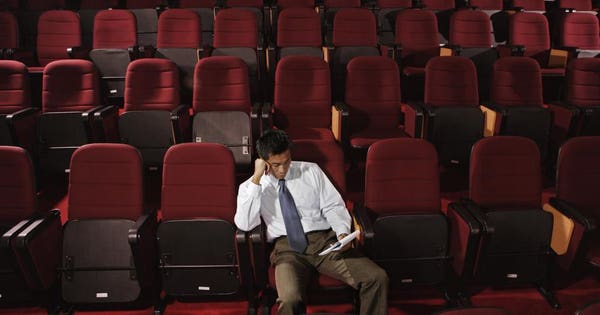 We’ve all been there.  Through misguided ego, an overly optimistic rush to squeeze in every facet of detail as possible, or because they’ve simply decided that time isn’t their boss, a talk, presentation or lecture has dragged on longer than was promised by the allotted time slot.

No matter how fascinating the topic is, rarely does a prolonged lecture have the desired effect. You think of your lunch that’s sitting sadly in your bag. You wonder if you’ve made the right choices in life. You hope that, some day, you will finally learn how to play the piano, or learn Japanese. You begin to dream of infinity.

What’s not been clear is whether or not longer talks tend to be given by certain types of people – specifically, boring speakers. Could it be that it’s in fact the most interesting lecturers that want to fill your brains with as much delicious, intellectual nectar as possible, and in doing so, they’re over-spilling into someone else’s timeslot?

Probably not. When it comes to presentations, plenty of people from all walks of life have told me that it’s the dull speakers that drone on past their welcome, and with few exceptions, I suspected much the same back when I was an undergraduate student.

“I’ve thought this was true for a long time, and everyone agreed it was likely to be true,” says Robert Ewers, professor of ecology at Imperial College London. It was also, however, thought to be somewhat untestable. Undeterred, he took on the challenge of testing it for himself.

Heading to an unnamed international conference, he began to gather data. As he explains in a delightful bit of correspondence with Nature, he sat in on 50 talks, all of which had 12-minute slots. He recorded the start and end time.

Here comes the subjective part: he decided whether or not the talk was boring at the four-minute mark. People have different preferences when it comes to talks, depending on subject matter, delivery style, and so forth. Who’s to say that these anonymous talks may have garnered a more mixed reception if multiple participants viewed and assessed them?

This isn’t, of course, a bona fide scientific study. It’s just a piece of curious correspondence, although we can all surely agree that it’s research topic is nothing short of pioneering. So what did Ewers find?

Out of the 50 talks, 34 of them were deemed to be interesting – a decent percentage. On average, they were also punctual, having a runtime of around 1 minutes and 42 seconds.

The 16 boring talks, he writes, “dragged on for 13 minutes and 12 seconds.” This wasted a “statistically significant 1.5 minutes” of precious time. He also adds that for every 70 seconds that a speaker “droned on,” the odds that their one-person drama had been boring all along doubled.

“For the audience, this is exciting news,” he concludes. “Boring talks that seem interminable actually do go on for longer.”

Ewers offers some advice for future talkers: introduce key objectives near the beginning, focus on information only relevant to the talk, don’t repeat yourself if possible, and don’t waffle on about knowledge that everyone’s aware of as if you’ve just discovered it for the first time.

Is he going to follow this correspondence up with another study to demonstrate that it can be replicated? “I’ve seen people on Twitter talking about replicating the study, which would be fun, but not something I’m going to follow up on,” he explains. “Too boring.”