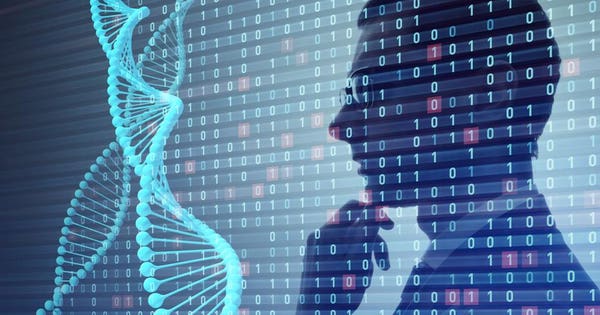 A letter in the latest issue of Genetics and its accompanying press release raise some serious questions about the communication of predictive genomic research. In “Accurate Genomic Prediction of Human Height,” six authors affiliated with Michigan State University have analyzed a data set of 500,000 genomes released last year from UK Biobank in order to see if human height could be predicted using a sophisticated algorithm. But what caught my eye was a throw-away statement that subsequently became the centerpiece of MSU’s press release and further reporting, claiming that the analysis could also be used to predict the level of education a person might achieve.

It’s the latest in a long line of “gene-for”-type reporting that promises the public more bang for their tax buck but ends up miseducating readers about what we can expect from genetic research.

In its press release, MSU claims that “For the first time, the tool, or algorithm, builds predictors for human traits such as height, bone density and even the level of education a person might achieve, purely based on one’s genome.” The press officer who wrote the release, Sarina Gleason, also authored an article on Futurity titled “Tool uses DNA to predict your height and education.” That’s a far cry from what the actual research does.

Ms. Gleason responded to my query about the prominence of the educational claim in the press release in an e-mail stating, “The research involved predictors for three primary human traits with height being the most accurate predictor. The other predictors involving bone density and educational attainment were not as precise but were accurate enough to be valid indicators for outlying individuals. As mentioned in the release, more work needs to be done around this.” One would have a hard time gleaning this essential caveat from the headline and introductory text.

While the authors of the Genetics study run through a dizzying array of statistical analyses related to height, they concede that significantly more and higher-quality data will be needed to refine their predictive algorithm, admitting that it’s unclear whether current statistical methods produce statistically unbiased results (even with large sample sizes).

Height can be an important predictor of social status. It also appears heritable to the naked eye and serves as a good first step in perfecting the predictive technology. But as you might expect, we’ve already entered an era when people want to use this data to select embryos that give their future children every advantage.

The authors go on to state that their work can “significantly improve accuracy in genomic prediction of complex phenotypes.” This is not an untrue statement, but it’s certainly one that requires some caveats. Given the enormous complexity of our genome, it’s curious that they then double-down on the extrapolation, claiming that they “are optimistic that, given enough data and high-quality phenotypes, results similar to those for height might be obtained for other quantitative traits, such as cognitive ability or specific disease risk.”

Although quite a leap, it is one that scientists often take in response to demands to make their research more relevant to the public. Just last week, Northwestern University researchers called for more reporting, specifically via social media, on medical research so the public could keep up with work their tax dollars were funding. But between the laboratory and the headline, much is lost, and our understanding of research is no better for it.

For decades, we’ve been told the human genome will be the key to linking genes with traits, diseases, and even behaviors, as scientists and the press have dangled the possibility of easy fixes via gene editing in front of us. These haven’t come to fruition and the public is now rightly disenchanted.

Even more dangerous is the claim (made by many scientists and press officers) that your intelligence and your future educational prospects could be (even partially) hard-wired into your genes. This plays into bias we’ve been trying to combat for decades, and it gives readers the sense that some people are just born to be un- or undereducated.

Co-author Dr. Stephen Hsu, the controversial vice president for research and graduate studies at MSU, has been doing interviews about the research. Despite his training in theoretical physics, he’s long been involved in researching intelligence and genetics at the world’s biggest genomics sequencing lab in Shenzhen, China. His research has raised eyebrows in the US and Europe over his willingness to link genes to IQ and over the possibility of a new Chinese eugenics program. He has defended himself vigorously on his blog and spent a few years in a “quiet” phase with his research so as not to draw more attention to the claims, or as he calls it the “wacky” news coverage of the project.

In an October 4th interview with Michigan State’s NPR affiliate WKAR, Hsu explained the research on predicting height and why it is so complex. He also makes mention of research being done at the Broad Institute that uses similar AI algorithms to predict diseases which we know have strong genomic expressions such as heart disease, diabetes, and breast cancer. However, the Broad Institute has taken some care to explain the limits of their research.

Hsu has also addressed the research on “educational attainment” directly on his blog. Referring to a study in Nature Genetics that analyzed the genomes of approximately 1.1 million individuals, he pointed out that scientists identified 1,271 places in the genome that had some correlation to brain development, thereby adding to the data that aims to show that educational attainment is “moderately heritable.” Because there are still myriad environmental and developmental intricacies involved in educational attainment, this is a far cry from DNA predicting your education.

In fact, the authors of the educational attainment study are very careful about explaining their results and some journalists have taken care to report responsibly.

Carl Zimmer pointed out in the New York Times that while the study was large, it involved only white people of European descent. In fact, when African-Americans were added to the data set, the algorithm failed. It’s important to note that even when the algorithms succeed, they do so (though only 11% of the time) for large groups, not individuals.

Ed Yong, writing for The Atlantic, also explained that “Each genetic variant has a tiny effect on its own, and even together, they don’t control people’s fates.”

The authors of the Nature Genetics study even appended an FAQ to their article that addressed the question “What policy lessons or practical advice do you draw from this study?” Their answer: “None whatsoever. Any practical response—individual or policy-level—to this or similar research would be extremely premature and unsupported by the science.”

A lot of whether or not you’re impressed by the quantitative data has to do with how the results are phrased and the amount of enthusiasm the researchers or press officers inject into their explanations of the research. Are we impressed that scientists found over 1000 gene variants associated with educational attainment, or do we marvel that over 1000 variants go into a prediction that’s only accurate 11% of the time (and even then, in very limited circumstances)?

It’s certainly worth having a public debate about whether or not this research will merely prop up racist and classist ideas that justify social inequality or if it’s possible that it’s a first step to addressing these inequalities at the earliest stages in hopes of intervening. Sadly, the research has become deeply politicized, to the point where it’s reduced to an unhelpful dichotomy of left-wing critics and right-wing supporters. This is deeply unhelpful for meaningful discussion.

Considering the complex quantitative nature of the research, the broad range of the MSU statement is perplexing to someone like me, who has studied and taught science communication for over a decade. Certainly, there’s enormous pressure on scientists to make their research seem immediately valuable to the public – headline-worthy research wins grants, makes academic advancement easier, and helps secure further research investments.

But we know the public suffers when scientists and their communicators overpromise – and in return, science suffers when the public loses trust in it. So why muddy the waters with claims of measuring cognitive abilities or statements that imply our educational futures can be reduced to our genes? Even implying that scientists are looking for a connection emboldens those who want to discriminate against people they see as “lesser than.”