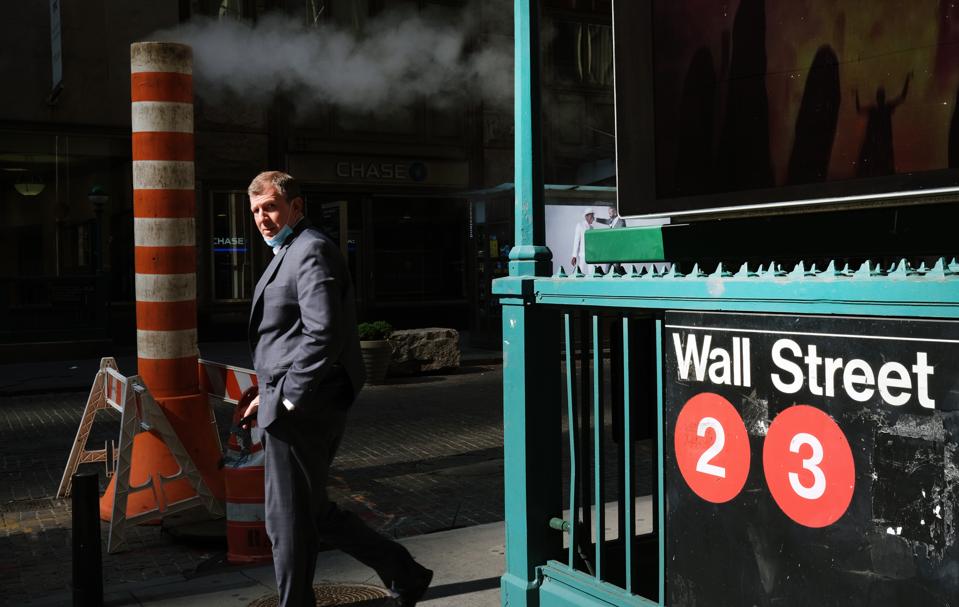 The market fell sharply on Wednesday, adding to its sell-off so far in September as tech stocks again came under pressure and investors remained wary about a resurgence in coronavirus cases.

Shares of Big Tech stocks, which have been the source of the sell-off in recent weeks, again dragged the market lower: Apple, Amazon, Microsoft, Netflix and Google-parent Alphabet all fell around 3% or more.

Tesla stock plunged over 9% after the company’s highly anticipated ‘Battery Day’, in which CEO Elon Musk detailed a new battery design that he says will make Tesla’s cars cheaper to produce.

Some Tesla investors were left disappointed, however, after Musk said it would be three years before the company could make a vehicle as cheap as $25,000.

Market sentiment also took a hit from a recent uptick in coronavirus cases across Europe and the United States: The U.K. has gone back into lockdown, while France and Spain have seen an alarming rise in new infections.

On the stimulus front, negotiations remain in a stalemate as lawmakers on both sides struggle to agree on the size and provisions of the next coronavirus relief package.

Federal Reserve Chairman Jerome Powell told Congress on Wednesday that further fiscal stimulus would be crucial if the U.S. economic recovery is to continue, saying that there’s still “a long way to go.”

“Investors are being whipsawed by conflicting COVID headlines and the growth vs. cyclical debate,” according to Vital Knowledge founder Adam Crisafulli. “The result is sentiment souring on both growth and cyclical for the moment (which obviously means stocks are for sale broadly).”

Shares of Nike rose nearly 10% after the company reported booming online sales during the latest quarter. Although many of its stores have now reopened, Nike’s digital sales rose by 82% as record numbers of customers turned to its website and app to shop for sneakers and workout apparel.

On Tuesday, the S&P 500 finished higher for the first time in five days as the market snapped its losing streak. The S&P 500 and Nasdaq came off four straight days of losses for the first time since February. Amazon rose over 5%, leading the way for other Big Tech stocks which rebounded somewhat.

A Biden Victory And Split Congress Is Best For Stocks, But Here’s What Would Kill Markets After Election Night (Forbes)

Our canine best friends were surprisingly diverse already 11,000 years ago
Lab–grown brains and the debate over consciousness
Climate scientists fly more often than other researchers
Psychologists found the personality trait that makes it hardest to endure lockdown
A ‘Blue Moon,’ A Comet And Uranus With Your Naked Eyes: What You Can See In The Night Sky This Week