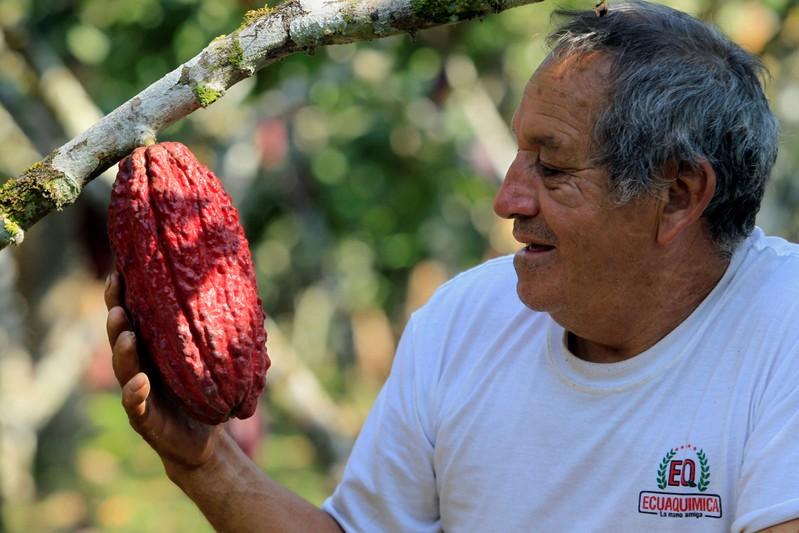 WASHINGTON (Reuters) – People have been enjoying chocolate far longer than previously known, according to research published on Monday detailing the domestication and use of cacao beginning 5,300 years ago at an ancient settlement in the highlands of southeastern Ecuador.

Scientists examined ceramic artifacts at the Santa Ana-La Florida archeological site, a remarkably preserved village and ceremonial center that was part of the Mayo-Chinchipe culture of the Andes, and found abundant evidence of the use of cacao, from which chocolate is made.

The study indicates cacao was domesticated roughly 1,500 years earlier than previously known, and that it occurred in South America rather than in Central America, as previously thought.

A tropical evergreen tree called Theobroma cacao bears large, oval pods containing the bean-like cacao seeds that today are roasted and turned into cocoa and multitudes of chocolate confections, although chocolate at the time was consumed as a beverage.

The scientists found evidence of cacao’s use at the site over a period starting 5,300 years ago – more than 700 years before building of the Great Pyramid of Giza in ancient Egypt – until 2,100 years ago.

They found cacao starch grains in ceramic vessels and pottery shards. They also detected residue of a bitter compound found in the cacao tree but not its wild relatives, evidence that the tree was grown by people for food purposes, as well as DNA fragments from the cacao tree.

“They clearly drank it as a beverage, as shown by its presence in stirrup-spout pots and bowls,” said University of British Columbia anthropologist and archaeologist Michael Blake, who helped lead the study published in the journal Nature Ecology & Evolution.

“The presence of cacao starch grains likely means that they ground the seeds to make the beverages, and so probably, though we aren’t certain, fermented the seeds as well, before grinding them,” Blake added.

Archeological evidence indicates cacao domestication moved into Central America and Mexico about 4,000 years ago. Before European conquerors arrived in the Americas five centuries ago, great civilizations like the Aztecs and Maya prepared chocolate as a drink, mixed with various spices or other ingredients.

“The freshly picked ripe cacao pods have a delicious sweet pulp around them, and mixed together it all has a very mild chocolate taste,” Blake said. “The chocolate confections today contain a great deal of sugar, and this is very different from the indigenous uses of cacao reported in the historical records from the 1500s and 1600s.”

Reporting by Will Dunham; Editing by Bill Berkrot

US Space Command has an ETA for when that uncontrolled rocket will crash down
Inside Salesforce’s bold play for supply-chain leadership
6 Innovative Funding Methods to Achieve Climate Action & Equity in US Cities
Powerful magnetic fields in space have been seen bending black hole jets
Silicon Valley saved California during Covid, but people still want to leave