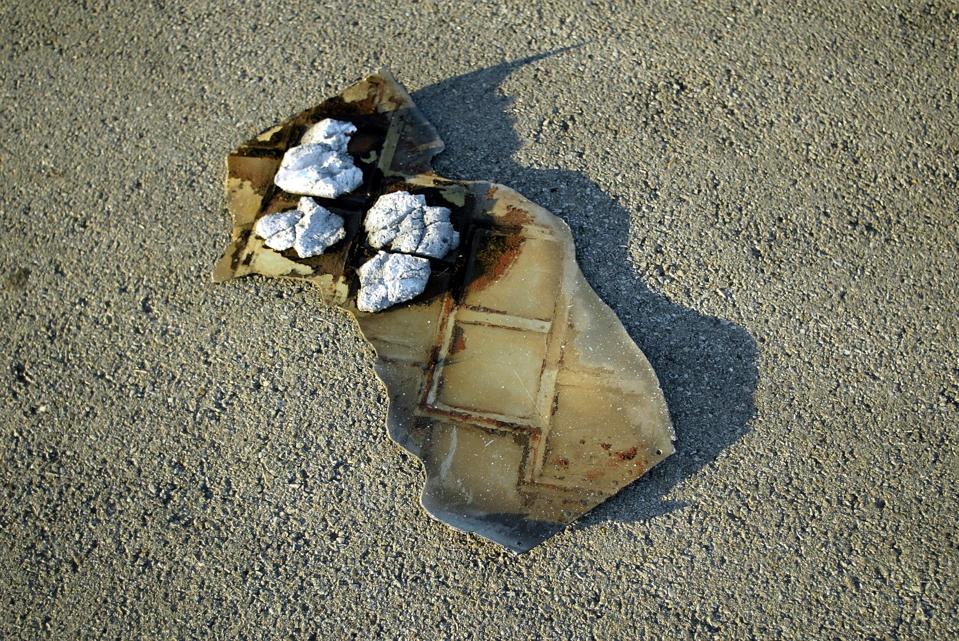 After 16 days in space, the crew of the Space Shuttle Columbia was due to return to Earth. Residents of Texas watched as the shuttle glowed brightly in the clear blue Texas sky. Slowly, a realization that something was wrong dawned on them. Rather than one, bright, burning spot, as to be expected, there were several, each streaking across the sky, leaving straight white contrails behind them. NASA confirmed that the shuttle was indeed behind schedule for a landing in Florida. They had lost communication with the shuttle.

The failure of the Space Shuttle Columbia in 2003 is etched in many of our memories. It broke up, leaving a trail of debris across Texas, and killing the seven astronauts on board. After an investigation, it was determined that a piece of foam insulation fell from one of the external tanks and collided with a wing during launch. On reentry, this hole caused atmospheric gasses to leak back into the shuttle. This bit of foam, in a way, sealed the astronauts’ fate, along with the space program, which ended 8 years later. Now, the Columbia disaster is one of the most well known examples of engineering ethics.

Engineers hold human lives in their hands. Whether they be designing space shuttles, buildings, or baby toys, they may have to weigh people over profit. Lives may be on the line. People may die if a faulty part is not reported. Sometimes, ethical choices may be clear. However, other times the right choice may not be so obvious. That is why many argue that ethics should be an essential part of every engineering students’ curriculum.

In 2000, most engineering programs did not require a course in ethics. At the time, there were some who argued that there was no point to teach engineers ethics. Ethics, they argued, was learned as a child. And others said ethics are sort of like morality – either you have it or you don’t.

The Columbia disaster changed that. In this case, not calling for a thorough examination of the risks of foam loss was an ethical decision. But before the disaster, many didn’t see it that way. Foam had fallen off the shuttle before, and many engineers had called for a more thorough evaluation of the risks. But NASA did, and still does, amazing things. Anyone who becomes an astronaut knows that there are risks, some of them deadly. Astronauts, when they sign up, know that this passion may indeed end up taking their lives. The culture at NASA had grown into one where risks are a part of life. Loss of foam was an “acceptable risk”, and thinking this, managers sometimes ignored opinions that differed from their own.

In this case an ethical choice was made – but company culture didn’t make many people realize it until too late.

In 2000, ABET, which is responsible for the accreditation of various engineering organizations, required that ethics be a part of students’ education. “This was probably one of the most significant factors in promoting the inclusion of engineering ethics in undergraduate engineering programs,” says Dr. Karl Stephan at the Ingram School of Engineering at Texas State University, San Marcos.

Dr. Stephan’s has thought a lot about engineering ethics. He goes on to say that, while there are not many courses completely devoted to engineering ethics, many students now at least have some exposure to it before graduating.

Education may fall into one of several categories. Students may encounter a conflict of interest or why it may be unethical to accept gifts as an engineer. Some examples may be clear. For example, a toy may be found to have a defective part which could harm a child. Ethically, the toy should be pulled from the market, even if it causes the company loss of revenue.

But other times, the ethical choice may be less clear. For example, how should a civil engineer make a decision about which intersection should receive funds for a safety upgrade, which may come down to weighing some lives against others? Or what ethical decisions are involved in creating a device that eliminates second-hand smoke from cigarettes, but might reinforce addiction or increase the incidence of children who smoke?

Now engineering ethics may even be more important. “The advances in artificial intelligence that have occurred over the last decade are raising serious questions about how this technology should be controlled with respect to privacy, politics, and even personal safety,” says Dr. Stephan.

Exposing students to more subtle ethical choices helps to strengthen their ethical muscles, so that when they encounter these choices in the real world, they will be better prepared.