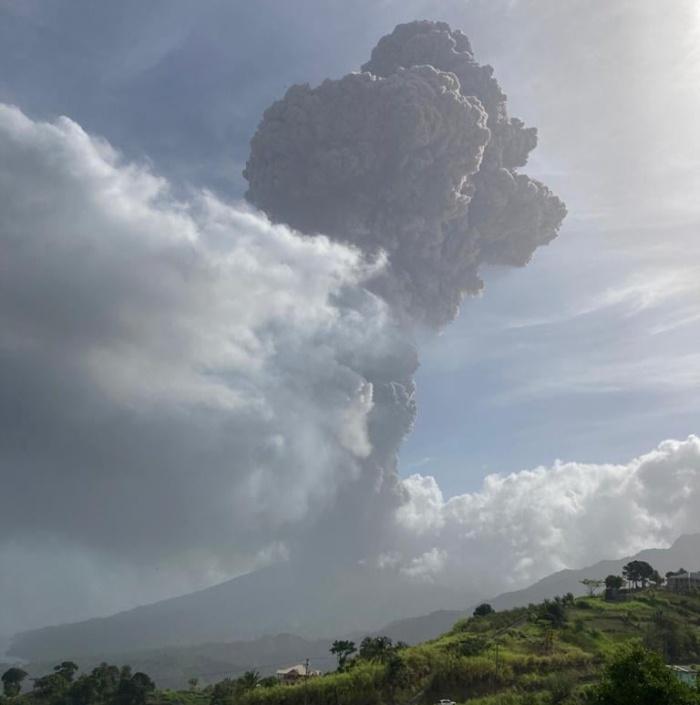 La Soufrière, a volcano that has been dormant for over two decades, erupted Friday morning on Saint Vincent, darkening skies over the northern part of the Caribbean island and forcing thousands to flee to safety.

The blast from La Soufriere, the highest peak in Saint Vincent and the Grenadines, sent plumes of hot ash and smoke 20,000 feet (6,000 meters) into the air, the local emergency management agency said. Ash fall recorded as far as Argyle International Airport, the National Emergency Management Organization said. The airport and volcano are at opposite ends of the 18-mile long island.

Videos posted online show the eruption column of ash expanding roughly into a ball shape as it rose upwards. No deaths or injuries have been reported, but authorities advised residents to evacuate the northern part of the island, home to some 16,000 people on the biggest island in the archipelago. The total population of the island chain is about 100,000.

The 4,049-foot La Soufriere had not erupted since April 1979, and its largest explosive eruption happened over a century ago, killing more than 1,600 people in 1902. Volcanic activity lasted until March 1903.

In December 2020 a lava dome started to grow inside the crater, a rocky plug resulting from the slow extrusion of very viscous lava from a volcanic conduit and evidence of magma rising beneath the mountain. Precursory to this effusive eruption was very low-level seismicity beginning in November 2020. This dome continued to grow within the crater floor with the potential for possible explosive activity. On Thursday, an increasing frequency of earthquakes warned geologists of an imminent eruption.

Hubble Celebrates 31st Anniversary With Self-Destructing Star Image
In a huge first, SpaceX just launched astronauts to the ISS on a recycled rocket
Amazon is loosening its grip on customers and letting some sellers reach out to them
China’s commercial sector finds funding and direction
Astronomers have detected the closest black hole to Earth. Thankfully, it’s tiny