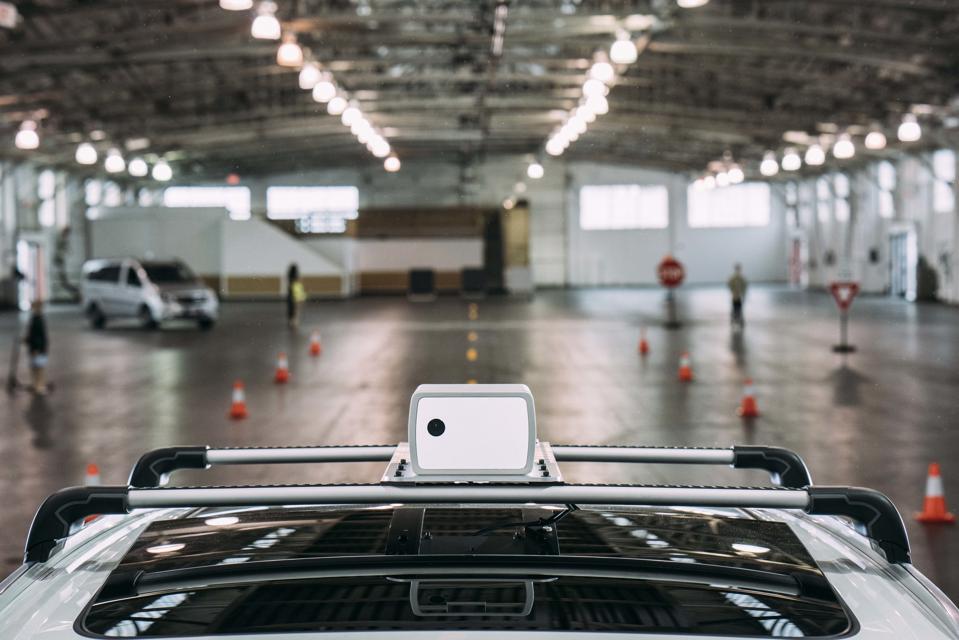 Self-driving vehicles from Alphabet’s Waymo and General Motors’ Cruise may soon operate in commercial robotaxi programs in a handful of U.S. cities, but autonomous technology has many hurdles to clear before it’s ubiquitous, including better and cheaper vision. Silicon Valley startup Aeva Inc., created by two former Apple engineers, claims to have a next-generation sensor system to do just that.

To help make good on its promise the young Mountain View, California, company just raised $45 million in a Series A round. Funding was led by venture firms Lux Capital and Canaan Partners, and follows a $3.5 million seed round in 2017. The money will be used to expand operations with a goal of being able to supply Aeva’s shoebox-size sensor unit to auto and tech customers in high volume from the early 2020s.

“We think there’s a need for a generational leap, and we want to create the next generation of sensing technology for autonomous vehicles, that’s safe, simple and scalable,” Aeva co-founder Soroush Salehian told Forbes. The funds “will go along way toward helping us build up to serve the mass market, he said.

Salehian and fellow co-founder Mina Rezk met when they were both members of Apple’s Special Project Group that, among other things, included working on the tech giant’s highly secret autonomous vehicle program. They created Aeva last year and have about 50 developers and engineers currently .

Today’s autonomous vehicles, whether they’re Waymo’s minivans, GM’s robotic Chevy Bolts or prototype vehicles from dozens of rivals, are easily recognizable for their roof racks loaded up with pricey lidar sensors, radar and multiple cameras that create high-definition, 3D images of road conditions. By comparison, Aeva has combined all that capability into a single integrated box that can see and track objects up to 200 meters ahead while traveling at highway speed.

“That technology carries the advantage of lidar in measuring the depth and velocity of objects,” said Rezk, who worked on high-tech cameras for the auto and aerospace industries at Nikon before he joined Apple. “It also has the ability to measure instantaneous velocity, similar to how radar works, but at a much higher resolution, and it has (camera) vision as well as very highly accurate motion speed sensors.”

Aeva is already supplying sensors to automotive clients that neither he nor Salehian would identify. That’s not unusual for new lidar and vision tech companies as every developer of autonomous vehicle tech is buying prototype sensors in hopes of finding something that’s reliable, lives up to performance claims and ultimately can be produced in very high volume at a reasonable price. Salehian and Rezk say their system meets all those requirements and they are negotiating to supply several unnamed companies beginning in the next two to three years.

Unlike rotating sensors made by top automotive lidar supplier Velodyne that shoot out multiple high-powered beams in all directions to create ghostly 3D point cloud maps, Aeva’s solid-state system has a single stationary laser. And instead of generating maps based on the time it takes for those light beams to bounce off objects and return the information as a conventional lidar does, Aeva says its system uses a coded signal in the laser beam to detect very small frequency changes when it strikes objects ahead of or moving toward it. He and Salehian say that lets it create maps faster and using less energy to do so. Rezk compares it to an optical version of radar.

“We can actually differentiate between objects within one single (image) frame, we know in one single frame what all the objects are on the road, where they’re going and which direction they’re be heading in,” he said. “Other systems, you have to go through multiple frames and multiple algorithms to figure this out.”

Aeva’s co-founders are confident their approach will set it apart from Velodyne, Luminar, AEye and numerous lidar companies already vying for lucrative supply deals with automakers. They’re not providing a lot of specifics on pricing, production plans and partners right now, but if they’re tech functions as promised they’ll need more than $45 million to scale up to supply a potentially vast market.

U.S. military space architecture to bring in commercial systems, small satellites
Why You Shouldn’t Pop Your Pimples
3 Ways To Glimpse Comet NEOWISE With Your Own Eyes This Weekend Before It Vanishes
New local campaigns can bring cheaper and cleaner rooftop solar to communities of color
2 astronauts will make a historic landing in the Gulf of Mexico today. Watch live here