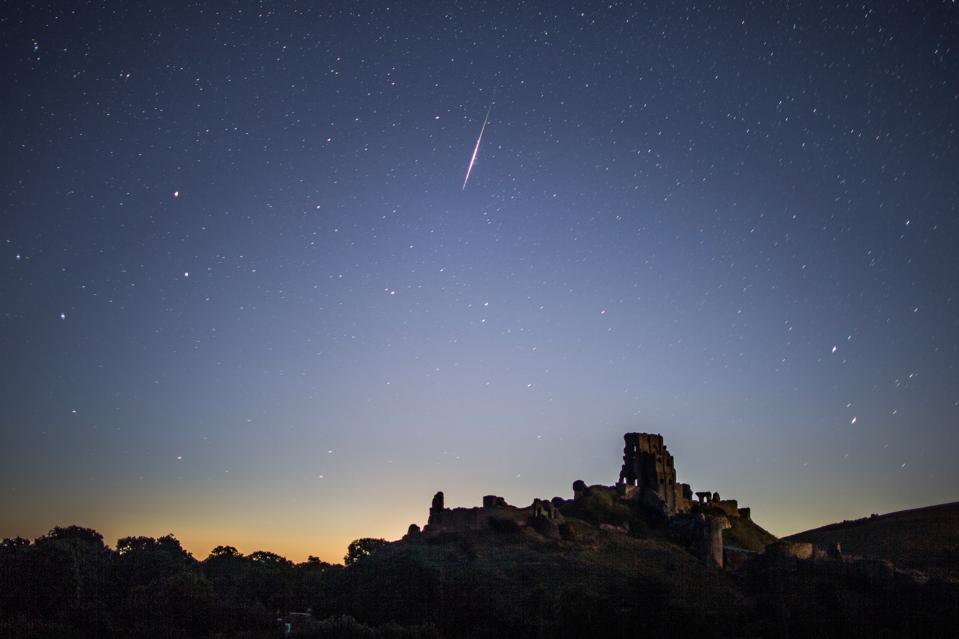 Wait until midnight, look up, and keep looking … and never look at your phone.

That’s how to see a shooting star or two this week. Although the Perseids is not the northern hemisphere year’s very finest display of shooting stars (that honor goes to December’s Geminids), it’s everyone’s favorite. That’s down to its timing in the summer holiday season when more people than usual are out camping and enjoying the great outdoors–and the incredible summer night sky.

When is the Perseids meteor shower?

The Perseids meteor shower peaks every year without fail in the early hours of August 13. However, it’s a longer event than that, and in 2019, that’s crucial. The shower kicked-off on on July 17 and won’t cease until August 24. The number of shooting stars will slowly build, but it’s that peak night on August 12-13 that will see the most shooting stars. Every year there are a maximum of 80 shooting stars per hour, though only on the peak night. Unlike other meteor showers, the Perseids are nothing if not predictable.

They’re often colorful. That makes them different to most shooting stars. Although most have blink-and-you’ll-miss-them trains that last for a millisecond, some Perseids can be colorful fireballs that are super-bright and leave a long train that lights-up the night sky for a second or so. The more time to spend looking, the more likely you are to see them. Those fireballs, though rare, are also immune to light pollution, so can be seen anywhere in the northern hemisphere under any kind of sky conditions (except 100% cloud cover, obviously). However, to see a large majority of those 80 shooting stars our hour means getting under dark skies. In 2019, that’s going to be tricky because of the Moon.

When to look for Perseids meteors?

The phase of the Moon dictates that you do it now. A Full Moon will come on Thursday, August 15, perilously close to the peak, which means that in 2019 it’s perhaps not so important to see the Perseids at their peak. After all, a lot of its shooting stars will be washed-out anyway. So have a look this week. You’ll certainly see some Perseids thanks to a relatively moonless sky. Get outside after midnight (though I saw some about 11 p.m. last night), when you’ll be firmly on the nightside of Earth as it busts into the trail of debris known as the Perseid meteor stream. Now just look up, and keep looking, at any dark patch of sky (even if there is cloud around you can still see shooting stars), and resist the temptation to look at your phone. Not only will it take your eyes from the skies, but its bright white light will also completely remove your night vision for 20 minutes. Dark-adapted eyes will always find more shooting stars.

Why are they called the Perseids?

The Persieds are named after the constellation of Perseus, which is rising in the northeastern night sky at midnight during August. All the shooting stars you see will appear to have come from that part of the sky, though you’re as likely to see them whizzing towards the southern horizon as anywhere else. However, trace their trajectory back and you’ll see that they come from the northeastern sky. If that’s not the case, they’re not Perseids (probably they’re Delta Aquarids from a meteor shower that peaked at the end of July.

What causes the Perseids meteor shower?

The culprit is 109P/Swift-Tuttle, a comet that last came close into the central solar system in 1992.

HASC Chairman adds $150 million in NDAA for space launch technology development
Getting out of the World Health Organization might not be as easy as Trump thinks
Neurons that bloom in adulthood show off fancy patterns
SDG Ambition: Scaling Business Impact for the Decade of Action
NASA using Demo-2 commercial crew astronauts to support ISS spacewalks